Should I Go Back To School? 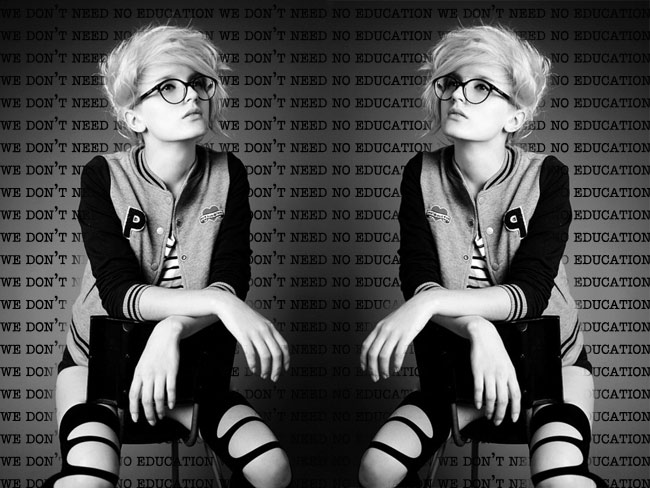 Just before we ticked over to 2013, I received this email. Going back to school is always a tricky decision, so I wanted to share this one, just in case you’re going through something similar…

I moved to the city a few months ago to attend an acting conservatory program. It had been a dream of mine ever since I came to the city in 2009. I’ve always thought that I wanted to act, I felt that the stage was the one place where I could have a voice, where I could matter.

After three months of this very rigorous program, I feel beaten down and more confused than ever. Acting is nothing that I thought it was.

I’m back home now for break and debating whether I want to go back for another semester or not. I’ve been trying to make this decision for a month now, and it is eating me alive. I can’t seem to make a decision and stick to it.

There’s a mindset floating around that if everything doesn’t effortlessly slot into place, then it’s “not meant to be”. I want to stand up right now & call this out as total nonsense. This kind of thinking makes you a pawn of so-called fate & destiny, leaves you powerless & encourages laziness. When we start to think that “if it’s hard, it’s not meant to be”, we can end up on a path of slack.

Yes, some things do seem to transpire as if by magic, but not everything.

Even when things do come together, they rarely do so seamlessly. For example, The Blogcademy has been a raging success. We sold out New York in a week, & London in a day. Our classes have been an over-the-top exercise in fun, passion & living what you love. By all accounts, our students go home thrilled.

But that doesn’t mean it’s 100% perfect! At our first class, the middle leg of the couch snapped clean off! The bathroom door-handle detached from the door itself! We had to make an emergency dash to Best Buy to buy the right kind of projector cable! There were all kinds of silly muddles & mishaps… But we laughed our way through it, & it was okay.

We all wish everything was a doddle all the time, but if it was, we wouldn’t appreciate it when we succeed.

As an actor, you probably have heroes & idols, people you look up to. Do you think everything was easy for them all the time? No, definitely not! They have all worked with directors who made their lives hell, they have all taken roles that they regretted, they have all given performances that felt like the end was nigh. Plenty of them took classes & courses that made them feel like their soul was being systematically chewed up.

Working in the arts isn’t easy. People who work in offices might think that being an actor, a writer or a photographer is all glory all the time, but those of us who are in the trenches know that this is absolutely not the case. When you see a piece of incredible acting, you have no idea how much sweat & grit went into making that happen.

The things that matter don’t come easily. I have said time & time again that when we really want something, the universe tests us to see how hard we’re willing to work for it. I mean, JK Rowling’s Harry Potter series was rejected 37 times. Can you imagine if she’d decided that she was done after just one “thanks, but no thanks”?

What I’m saying here is that maybe this “very rigorous program” is exactly what you need. Even Walt Disney once said, “You may not realise it when it happens, but a kick in the teeth may be the best thing in the world for you.”

Getting good at what you love is an ugly, bumpy road. Don’t be one of those people who is adverse to hard work. That’s where all the good, juicy stuff happens!

One of the most telling things you said in your email was “I felt that the stage was the one place where I could have a voice, where I could matter.” I get the feeling that maybe you are looking at acting as a way of solving some of your issues with self-esteem & your perceptions about your life.

No matter how great your career, if you don’t feel that you matter in your everyday life, your job isn’t going to change that. The stage is not the one place where you can have a voice. You have a voice right here, right now. All you have to do is use it.

You will not magically transform into somebody who counts, or is valid, or is important, when you complete your acting program. You may think that the when you walk through those doors for the last time, you will be a different person… But you won’t. It is no more definitive than your last day at high school. Your routine may change, but you won’t be a new person.

The crux of radical self love is in realising that, as Henry Miller said, “Life is here & now, anytime you say the word, anytime you let her rip.” No one is going to hand you a permission slip to go out & live your life the way you really want. The only person who can do that is you.

With love from Paris,

« Whatever Happened To Doing It For The Love Of It? Or: What I Learned About Life From Tony Hawk & Rodney Mullen
Things I Love Thursday: Blissed Out Babe! »