Coco Chanel said that you should wear perfume wherever you want to be kissed, & when Marilyn Monroe was asked what she wore to bed, she replied “two drops of Chanel No.5”. Of course, both statements were excellent P.R. for Chanel’s perfumes. I, personally, have never understood the appeal of Chanel No. 5. It’s lacking something.

These, however, are perfect — which is why I own them. 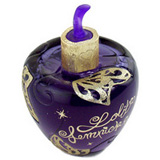 Lolita Lempicka Midnight
This is the grown-up version of the original Lolita Lempicka. Midnight is romantic & a more than a little dirty. Lolita is the perfect name for it — it smacks of adventures & forbidden love. Definitely the fragrance of a nymphet. I was about to buy the original Lolita Lempicka when I discovered that Midnight had just been released. I tried one on each wrist — initially I found it hard to pick the difference, but the more I smelt them, the more obvious their differences became. Midnight is longer-lasting, stronger & poutier, while I would say the original is lighter & more of a daytime fragrance. (Reviews.) 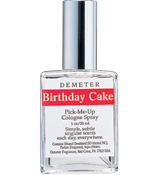 Demeter’s Birthday Cake & Violet & Champagne Brut.
I am a fan of combining Birthday Cake with Champagne Brut — totally the birthday party you wish you were having. I personally think Champagne Brut smells more like Nerds candy than anything alcoholic, but I think of that as a positive thing. Violet is a bit old-lady, & I threw it out one day when I was moving house. I regret it though, since sometimes I want to smell like an old woman. I am weird, I know. (Reviews for Birthday Cake, Champagne Brut & Violet.)

M.A.C.’s MV2
I think this is pretty much the sexiest fragrance in existence. In fact, I was reading some reviews of it just now & had to run from my desk to put some on. God, I smell good. MV2 is a deep, spicy, delicious vanilla. It’s difficult to describe, though — I think maybe if a beautiful pink cupcake was wearing Louboutin heels & lying in an all-white bed, it would smell like this. Bizarre imagery, I know, but it’s the best I could do! (Reviews.) 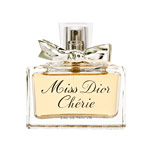 Miss Dior Cherie
To me, Miss Dior Cherie smells like strawberry sorbet & youth. It smells like your first little black dress, a glamorous romance, boy bait. I received this at Christmas in 2005, & given the way my life was at that time, whenever I wear it these days, I feel sexy, desired, powerful & totally free. It is quite incredible. When I first smelt it, I wasn’t sure I liked it, but it grew on me very quickly. It’s not the sort of thing I normally go for, since it’s so fruity, but I absolutely love it now. It transforms me. (Reviews

I am pretty keen on the idea of these, too:

Demeter’s Cotton Candy, Riding Crop & Chocolate Covered Cherries. I think Cotton Candy & Riding Crop together would be an amazing combination. It would certainly surprise people… & it could definitely lead to mischief.

Black Phoenix Alchemy Lab’s Lolita sounds good, too. Humbert Humbert’s heart just skipped a beat. This is the quintesscential American nymphet scent: sweet and girly and innocent, with a bit off crass, bratty impertinance thrown in. Bubble gum sweetness (with built-in petulancy — you can just hear Lolita smacking her gum impatiently and rolling her eyes), heliotrope, lemon and a bit of seductive cherry.

As you can probably tell, I have a definite affection for anything that smells sweet but has a sexy twist. When I worked at Lush, I smelt like a walking Lush shop (& would often have people at bus stops ask me if I had been there recently). I was delighted when I quit, since it meant I could actually wear perfume & not have it overpowered by a menagerie of soap! Ebay is an absolute godsend, in that it enables me to buy small samples of perfume before committing to a huge bottle of anything (& to give you some indication, I have never finished a bottle of anything except Hypnotic Poison, my signature scent when I was about 15). On sad days I like to wear Thierry Mugler’s Angel — it smells like my mother (& my lovely friend Jo).

Do you wear perfume, body spray, scented lotion? What do you smell like on a daily basis? Vanilla pomade & earl grey & Marlboro lights? Your boyfriend’s deodorant & spearmint chewing gum? What do you like your lovers to wear? Tell me! I want male opinions too!