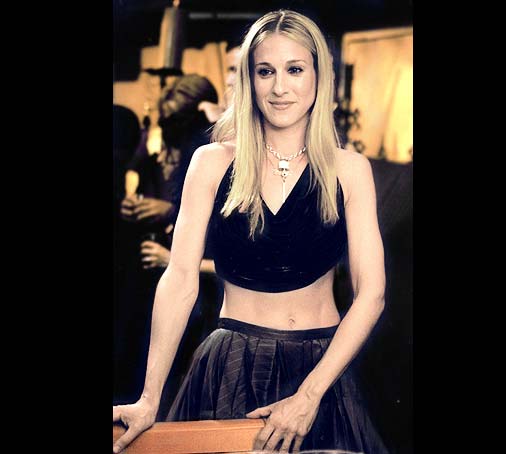 When Sex & The City started airing on television in New Zealand, & every 30 year old woman I worked with was talking about it endlessly, I did what I (at the time) did best: I judged, & swore never to watch it. I don’t follow the herd, blah blah blah, & I never saw an episode.

I don’t know what it was that caused me to change my mind, but several years later, I was in a video shop trying to find something light to rent. I paused in front of the “TV Series” aisle, looking at the SATC boxes. After some consideration, I took it up to the counter, making some kind of speech about how I wanted something fluffy.

Well then. Imagine my surprise & embarrassment when I realised that this was actually a great show! The characters were interesting & smart, the fashion was amazing, the storylines were intricate & exciting & the whole thing was set in my favourite city, New York! 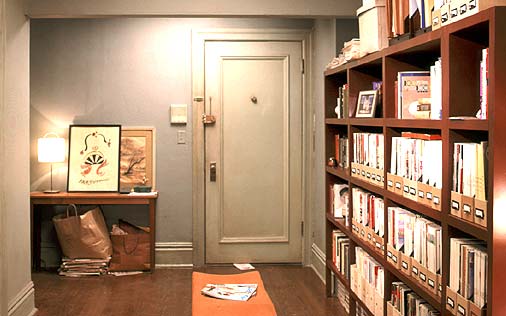 Carrie as a character is an icon, & Sarah Jessica Parker is no stylistic slouch either — but the real credit goes to the stylists behind the scenes, namely Patricia Field & Rebecca Weinberg. Sarah Jessica Parker met Patricia Field on the set of one of her movies & they bonded over their love of fashion. Patricia has a store in New York’s Bowery & also retails online at patriciafield.com. Rebecca Weinberg is a super-cute lesbian Jew with great tattoos! They made a fantastic team.

The reason why Carrie’s style is so pervasive is that she is a true eclectic. She puts vintage with haute couture, always stands out & never looks average. Either her outfits are a raging success or they are an incredible failure, but it’s like what Diana Vreeland said: “Never fear being vulgar, only boring”. 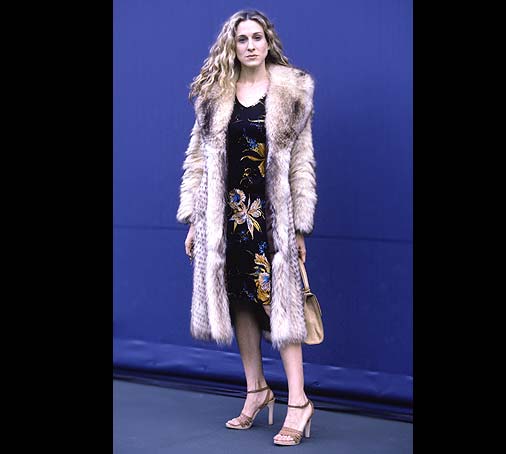 The perfect outfit to go to the baseball in. 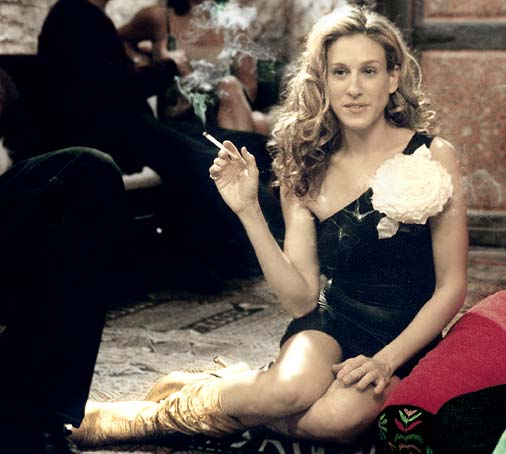 At a party where she kisses (gasp) Alanis Morisette! 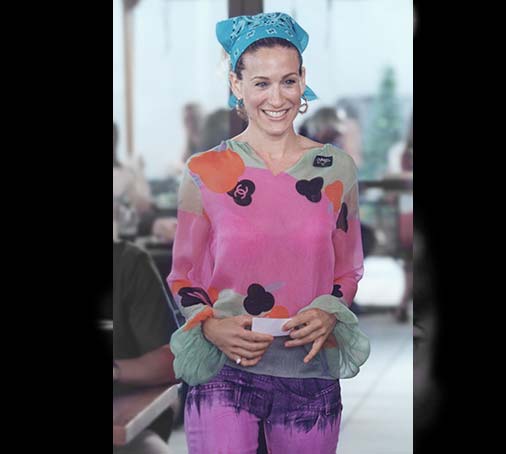 Hit or miss? Her shirt is back to front. I think the blue scarf is too much. 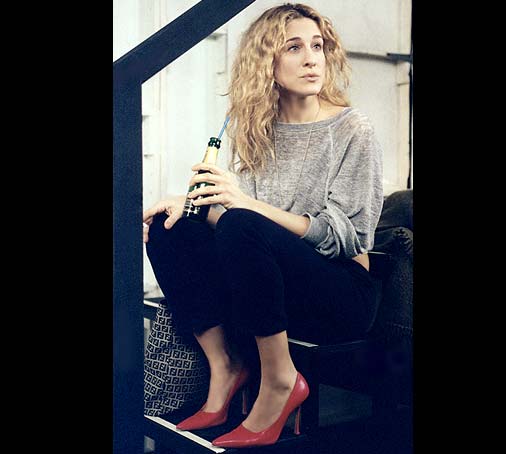 Backstage at a fashion show. Love this outfit. So effortlessly chic. 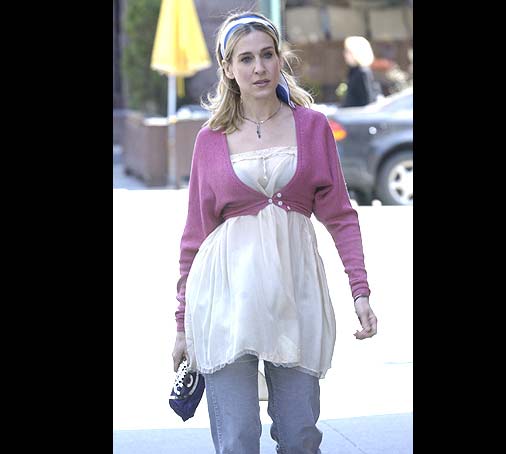 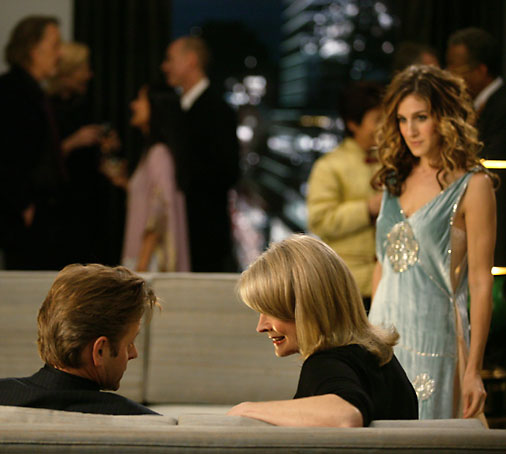 Yes, at times, SATC is shallow — but we would all be kidding ourselves if we thought life was constantly highbrow! Yes, a lot of the show is unrealistic. I remember reading an article somewhere which estimated that for Carrie to maintain the lifestyle she demonstrates on the show, she would have to be earning about $600,000 US a year. Not the most viable salary for a woman who writes a weekly newspaper column! But… it’s television! That’s the whole point. It presents a fantasy.

Carrie is consistently inspiring & always uplifting, flawed & wonderful. To me, she is the ideal woman.

Carrie’s apartment, a guided tour by HBO. This is so worth reading, there is a lot of very interesting insight here.

Dear Carrie Bradshaw, a really cute blog post. “I love you, Carrie Bradshaw. I love you like you love the girl you like the most from summer camp. It’s sort of a crush. Sort of an obsession. Sort of an ‘I-want-you-to-live-near-me-because-you-increase-the-value-of-MY-property’ kind of thing. Mostly I love you because you’re the leader of the Pink Ladies. You’re Rizzo. You’re the best friend. The pretty girl. The prom queen. The sweet girl next door. You’re the queen of the cool chicks. You’re who I want to be and the one I want to be my best friend all wrapped into one.” Awwww.