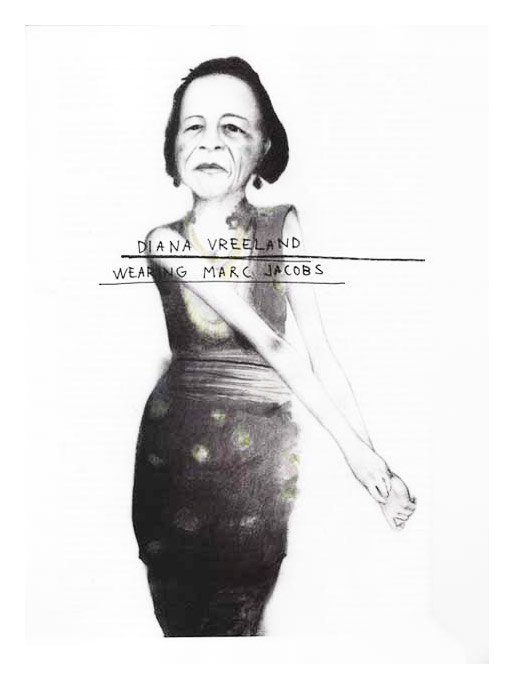 Note: This post was first written in January of 2007! I’ve added to it because I am extremely excited about the release of Diana Vreeland: The Eye Has To Travel, which will be in cinemas starting September 21st, 2012!

When people ask me who I am inspired by, one of the very first names off the tip of my tongue is Diana Vreeland. She isn’t known to everyone, & she was no great beauty, but then, fame & good looks aren’t everything!

Diana Vreeland was an incredible woman. Born in 1903 in Paris, she spent most of her life in New York & rose to acclaim for her work as fashion editor at Harper’s Bazaar & then at Vogue. Later in life, she did a tremendous amount of work for the Costume Institute of the Metropolitan Museum of Art. Flitting from Paris to London & all over the place, her husband’s job caused them to move to New York City in 1937, & she lived there until her death in 1989.

She was brilliant, & of course, that also means she was a little bit nuts. She pronounced her name not as “Diana” but “Dee-Ann”, & loved to invent words, including “pizazz” & “faction” (a combination of fact & fiction)! She obsessively searched for the perfect red, & wore hair blue-black hair slicked back with lacquer. She believed that a “good hairline” was a hallmark of elegance.

She spent her mornings in bed, dictating & making notes, & usually showed up at the magazine around noon. Diana is the woman who popularised animal print — when a young Yves St Laurent showcased them in an early collection, she was the one who pushed them to the public. 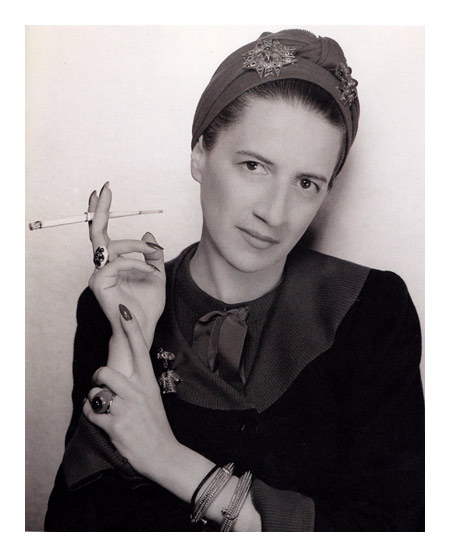 There is so much to love in this photo! The turban with crystal stars, that looooong cigarette holder, the perfectly-manicured hands & chunky rings… It’s too divine!

“I’m terrible on facts. But I always have an idea. If you have an idea, you’re well ahead!” (Diana Vreeland)

Diana wrote a fantastic column for Harper’s Bazaar called “Why Don’t You…?” which offered creative — & not necessarily practical — ideas for its readers. Some of my favourite suggestions are:

Why Don’t You… wear violet velvet mittens with everything?

Why Don’t You… fit your clothes easily? Only English & Americans have this mania for snappy tightness.

Why Don’t You… have an elk-hide trunk for the back of your car? Hermès of Paris will make this.

Why Don’t You… have your cigarettes stamped with a personal insignia?

Why Don’t You… wear, like the Duchess of Kent, three enormous diamond stars arranged in your hair in front?

Why Don’t You… paint a map of the world on all four walls of your boys’ nursery so they won’t grow up with a provincial point of view?

“Vogue always did stand for people’s lives. I mean, a new dress doesn’t get you anywhere; it’s the life you’re living in the dress, & the sort of life you had lived before, & what you will do in it later.” (Diana Vreeland)

Diana styled her environment just as much as the pages of her magazines. From her flaming red living room to her royal blue floral bedroom to her office which was absolutely covered in pictures, they were all an example of her larger-than-life sense of style. 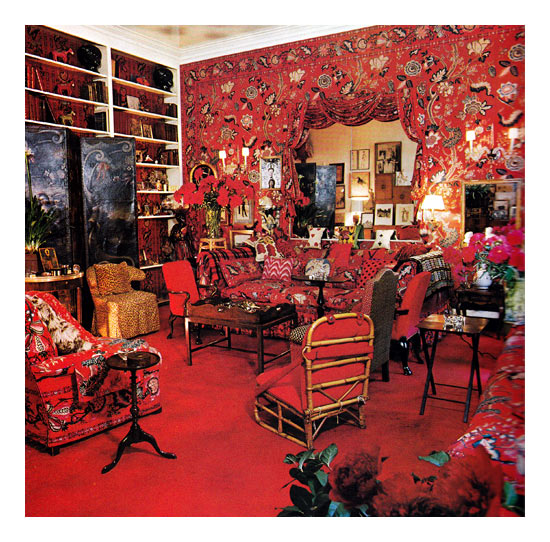 This is what her living room looked like. When she was having it designed, she told a friend, “I want this room to be a garden — but a garden in hell.” 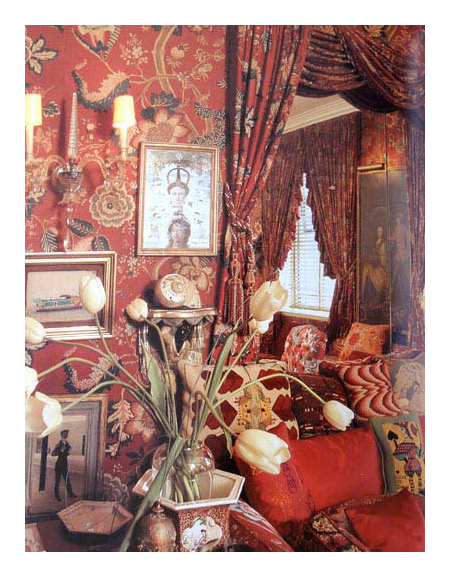 Bettina Ballard said Diana’s living room was “one of the most attractive atmospheres that I know,” comparing it to “an over-crowded Turkish seraglio on a rather elegant boat.” Books, bibelots, calculated clutter, personal pictures (among them, sketches by Augustus John, Bébé Bérard, & Cecil Beaton of herself), & “treasures, many Scotch snuffboxes in horn & silver, are massed on tables, walls, & shelves looking as if one could never get around to seeing them all. A long-stemmed anemone stands in a long-stemmed vase. There are oriental divans against the wall covered with inviting cushions, & she dines at a table pushed against a divan with bright cushions propped behind her back. She presides on a big Indian print-covered sofa like a sultan’s favourite, before & after dinner, with everyone gathered on small chairs at her feet. She lives in an atmosphere of informal luxury confined in crowded quarters, in an aura of intimacy & mystery.” 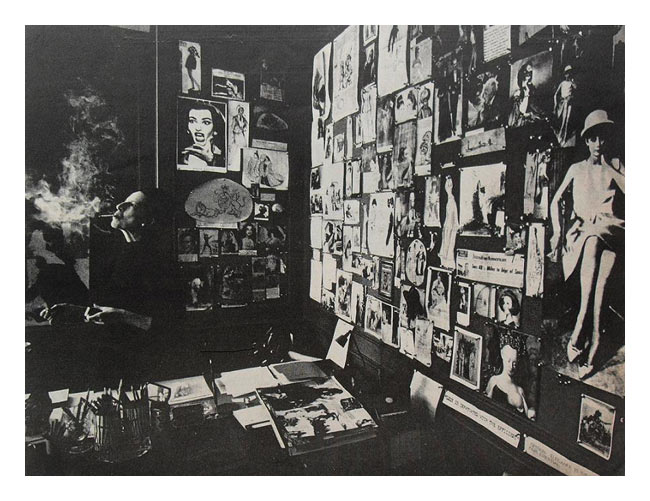 I absolutely ADORE this photo of Diana in her Harper’s Bazaar office! The best thing is you can barely see her, but for the enormous plume of smoke.

“You gotta have style. It helps you get up in the morning. It’s a way of life. Without it you’re nobody.” (Diana Vreeland) 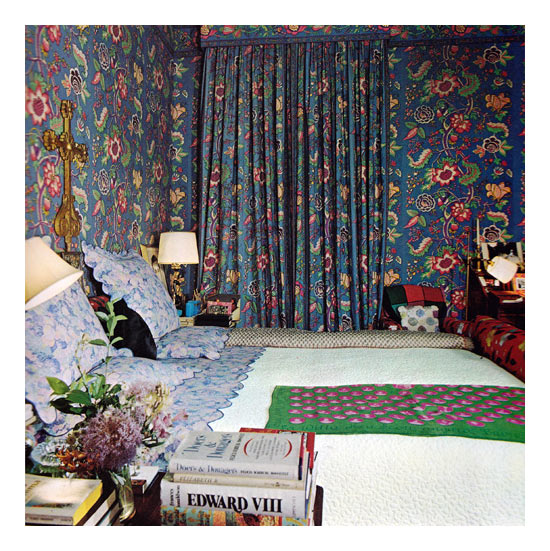 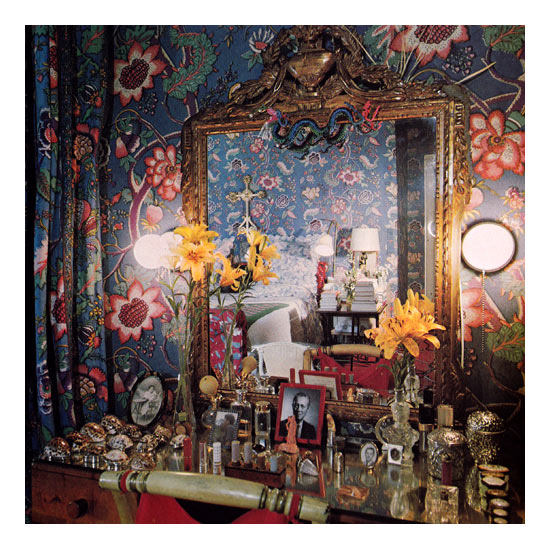 “For years I am & always have been looking out for girls to idealize because they are things to look up to, because they are perfect,” she wrote in her diary. But since she had never discovered “that girl or that woman,” she announced, “I shall be that girl.” (Diana Vreeland — source) 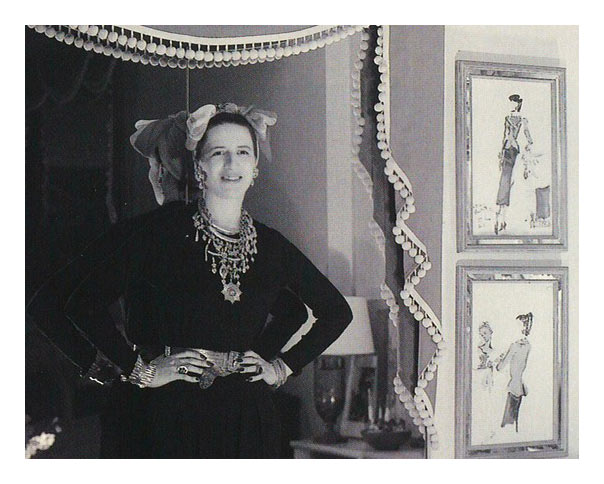 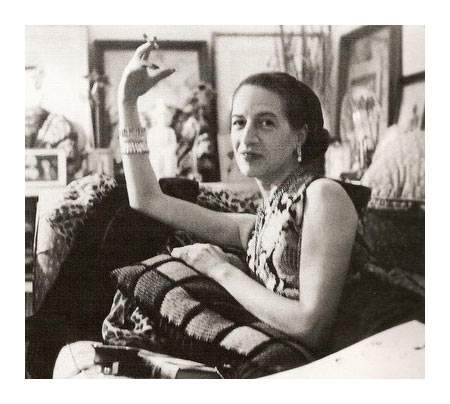 “Never worry about the facts. Just project an image to the public.” (Diana Vreeland)

“The idea of beauty was changing,” she said. “If you had a bump on your nose, it made no difference so long as you had a marvelous body & good carriage. You held your head high, & you were a beauty… You knew how to water-ski, & how to take a jet plane fast in the morning, arrive anywhere, & be anyone when you got off.” (Diana Vreeland, on the 1960s)

“Don’t look back. Just go ahead. Give ideas away. Under every idea there’s a new idea waiting to be born.” (Diana Vreeland)

Diana Vreeland: The Eye Has To Travel comes out September 21st, 2012. 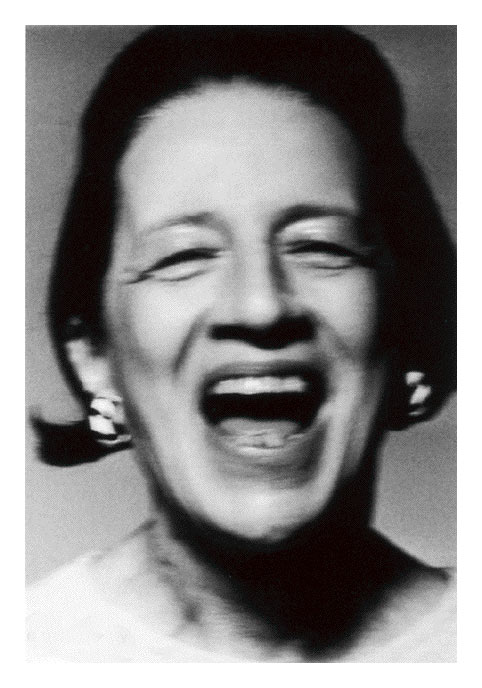 “Give ’em what they never knew they wanted!” (Diana Vreeland)

Part of the reason I find Diana Vreeland so inspiring is that she was such an original. Her sense of personal style was strong & she did exactly as she pleased. I really admire anyone who puts themselves out there, without censorship or fear of rebuke. She had many cruel things written about her: journalists mocked her starry-eyed “Why Don’t You…?” column & passed judgment on her appearance, but that doesn’t matter anymore.

Being a critic is easy, but Diana changed the course of fashion forever.

« Hello, Australia!
On Not Being Perfect, In Which I Talk About My Nose »