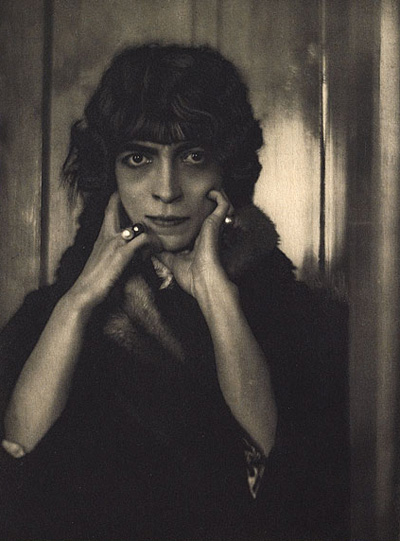 “Her carrot-coloured hair hung in long curls. The enormous agate-black eyes seemed to be eating her thin face. Again she was a vision, a mad vision, surrounded as usual by her black and white greyhounds and a host of charming and utterly useless ornaments. But curiously enough she did not look unnatural. The fantastic garb really suited her. She was so different from other women that ordinary clothes were impossible for her.” — Catherine Barjansky

The Marchesa Luisa Casati had nude male servants gilded with gold. Wax mannequins sat, lifeless, at her dinner table. She wore live snakes as jewellery, & was infamous for her late-night walks, during which she would walk cheetahs on diamond-studded leashes, while completely naked beneath her furs.

When both her wealthy parents died, Luisa (aged 15) & her sister were suddenly the wealthiest women in Italy. Luisa’s natural propensity for the arts & fascination with surrounding herself with beautiful, unusual things became a major part of her personality. She regularly shocked the aristocracy with her bizarre garb & enthrallment with the macabre.

She was tall & thin, with a pale, almost cadaverous face. Her huge green eyes were flanked by false eyelashes, slathered with black kohl, & she regularly used belladonna eyedrops to dilate her pupils. Her mouth was painted rich vermillion.

She held black masses & masquerade balls with equal excitement. She had incredible love affairs with men & women alike. It is said that she once wore a freshly-killed chicken as a stole, & that on a separate occasion, she had her driver kill a chicken & pour the blood down her long white arms so that it dried in a pattern which pleased her. 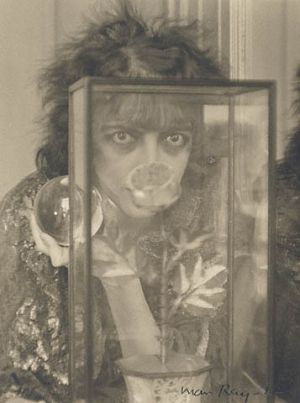 One of her houses was a semi-ruined palace along the Grand Canal in Venice. The gardens were illuminated with Chinese lanterns & albino blackbirds fluttered in the trees. Another was the Palais Rose just outside of Paris, a red marble mansion with a private art gallery, containing more than 130 paintings of her likeness. She was obsessed with her own image & commissioned thousands of artists to paint, sculpt & photograph her.

However, Luisa’s passion for clothing, jewels & extravagant lifestyle found her with a personal debt of $25 million by the time she was 49 years old. After all her personal possessions had been auctioned off, she fled to London where she eventually died. It is said that she was seen digging around in bins for feathers to put in her hair.

She was interred with one of her taxidermied Pekinese dogs, & her gravestone quotes Shakespeare: Age cannot wither her, nor custom stale her infinite variety.

Marchesa Luisa Casati continues to inspire & thrill today. Dita Von Teese has named her as a key personal influence, while fashion designers send models down the catwalk in homage to her image. The New York Times wrote of Armani’s 2004/05 autumn/winter collection, “At Armani, bold violet eyes were inspired by the 20th-century Italian aristocrat Marchesa Luisa Casati, the godmother of the new eccentricity movement.”

I love the Marchesa because she was a true original. Wild & mad, with extraordinary fashion sense, she did as she pleased & lived a life that few others are bold enough to even dream about. Just reading about her makes me feel brave! I am so enamoured with her. (I dressed in honour of her on 14th July.)

For more information, check out Infinite Variety: The Life & Legend of the Marchesa Casati, The Definitive Edition by Scot D. Ryersson & Michael Orlando Yaccarino or Wacky Chicks: Life Lessons from Fearlessly Inappropriate & Fabulously Eccentric Women by Simon Doonan. (Also, here’s a doll of the Marchesa by October Effigies, commissioned by the authors of Infinite Variety.)

I recorded a podcast about how to be a Super-Expan

Big changes can be SCARY AF! 👻 How do you know

INTRODUCING... 🤔🤔🤔 We just welcomed this

Thursday was the one year anniversary of manifesti