Every now & then when your life gets complicated & the weasels start closing in, the only real cure is to load up on heinous chemicals & then drive like a bastard from Hollywood to Las Vegas. To relax, as it were, in the womb of the desert sun. Just roll the roof back & screw it on, grease the face with white tanning butter & move out with the music at top volume, & at least a pint of ether.
— Fear & Loathing in Las Vegas, Hunter S. Thompson

I couldn’t have said it better myself. Thanks, Hunter! You know, the funniest thing is that once, I was classed as a “weasel”. A boy I know galloped off into the countryside on a road trip to escape my presence. But it’s okay, because later he came to his senses & proposed to me. I love my life! Anyway!

Sometimes you just need to escape. Maybe you’re bored, maybe your mother-in-law is coming to visit, maybe you’re hankering for some kind of adventure. Nobody needs an excuse to go, but some additional incentive could be found in:

Going in search of good weather

Visiting a friend on the other side of the country

Seeing a concert (sure, you could see the artist in your town, but seeing him south of the border would be much more interesting!)

Searching out the American Dream…

Enlist some friends & start planning. I suggest going with either one other person or having a total of four people, including you. A three-person dynamic is always weird & doesn’t really work. Plus, someone will be stuck in the back seat, unable to hear the conversation up the front, which is a total bore.

Do you really want to spend x hours in a small enclosed space with these people? How are their conversation skills? Do they have a knack for telling boring stories or are they a scintillating story-teller? Do they know when to shut up?

Who’s going to drive? If it’s not you, do they suck, & do you trust their driving skills? Who’s going to be in charge of navigation?

Discuss the music! SERIOUSLY! Music can make or break your trip, & if your fellow companion insists on playing Swedish yodelling music, you’re going to be unhappy. (Probably.)

Get your mode of transportation checked for road-worthiness. You will be pissed if you break down.

If you’re going somewhere that requires a ticket (concert, Burning Man, tour around Willy Wonka’s chocolate factory), get everyone to put their ticket up to their forehead before pulling out of the driveway. It sounds ridiculous, but it prevents that whole oh-my-god-I-forgot-my-ticket conundrum at the other end.

Some people are complete cheapskates when it comes to paying for petrol. Get everyone to chip in before you leave. 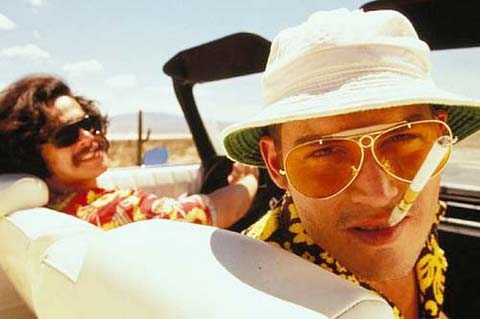 Planning & Style
This will all depend on the purpose of your trip. Are you just going to be escaping the city for a few days, sleeping in a tent & exploring nature, or do you have somewhere to be & a definite time-frame? Work out with your fellow roadtrippers how you want to do things. Do you want to stop at every weird teahouse on the way? Do you want to see the World’s Biggest Ball Of Yarn? Do you want to drink with the locals? Or are you driving from one major metropolitan city to another, on a quest for the perfect pair of shoes? Discuss this (in detail) before you go. Otherwise, my darling, you are entering a world of pain, & not the good kind.

My advice would be to take a meandering approach: know where you want to go, but allow yourselves time to stop & look at things whenever you fancy.

If you want to stay at a hotel, BOOK IT in advance! For all you know, the National Deer-Throwing Society are having a conference & you won’t be able to find a room. This will suck, especially in winter.

Think about the weather conditions wherever you’re going. Make sure you have everything you would need in an emergency. I know this is boring but it is very important. Don’t forget a map, for god’s sake!

Blankets & pillows (in case you don’t end up at your hotel on time, or you’re too tired to keep driving, or one of you just wants a goddamn nap).

A Polaroid camera, if you can get your mitts on one. (Stock up on film before you go. Sometimes it can be hard to buy.)

Scarves for potentially unwashed hair. Or a hat.

Cash. A couple of hundred dollars ideally. You never know what will happen. This is emergency money & should be regarded as such, it is NOT “I want an ice-cream” money. Shoe money should be separate.

iPods, CDs, tapes, headphones. Sometimes you won’t want to listen to Metallica. (See notes on discussing music prior to departure.)

Reading material, like books, magazines & newspapers. Magazines are especially good for fueling conversation about celebrities without their underwear, etc.

Your dog. If your friends are keen, that is.

If you’re bold enough, may I suggest banning gaming devices & things that play movies? Otherwise there will be some sad bastard in the back trying to clock Mario, or everyone will be watching the movie in silence — you may as well be at home.

Food
I’m assuming that you & your partners in crime are adults — not children. (I say this simply because I am incapable of writing about little people — children have weird nutritional needs which I don’t understand, or want to.) The sort of food you pack will depend on how long you’re going to be driving for: the requirements for a five hour trip are very different to a twenty hour haul. My advice would be to take enough candy & carbonated drinks to tide you over, but also some decent stuff with a low glycemic index — otherwise you will find yourself in a sugar slump & a car is a bad place for that to happen.

Go for cute, people always dig that stuff. Make sandwiches (cucumber, tuna, egg salad, chicken, roast beef), cut them diagonally, wrap them in paper & tie them with string. Seriously, if you’re looking to score points, this will do it. Another thing which is a major crowd-pleaser is a secret stash of fortune cookies, or bento boxes filled with treats (you can buy these from Japanese shops, or see The Bento Store, Bento Obento Shop or Jbox.com). Then smile sweetly as you bask in the praise.

If you can, pack a chilli-bin (or whatever you Americans call it — a cooler?) with a jug of water as well as healthy things like baby carrots & chopped celery (you can dip these in hummus if you like), crackers & cheese, small salads (don’t forget the dressing, but keep it separate so the lettuce doesn’t go soggy), yoghurt (& muesli or granola), fruit & nuts. Little cans of tuna with crackers are a good call too, but I suggest eating them at a time when you can get rid of the cans. They smell.

Don’t forget the implements: cutlery, plates & cups. These can be as fancy (Wedgwood) or as plain (plastic) as you like. I personally like the more upper-crust variety, it makes life much fancier, & everyone needs a little extra fanciness. Also take snap-lock bags & some napkins (linen if you’re going the fancy route, paper if not). Stash the napkins in the glove-box for easy access. If you suspect you’ll be stopping along the way for picnics, take a blanket to sit on. An impromptu picnic in a nice field is a lovely thing.

If you’re going to be staying in hotel rooms along the way, you might want to take a hipflask filled with something tasty or some beer, but for god’s sake keep it somewhere away from you. Police don’t take kindly to people driving with a bottle of vodka stashed under the front seat. & don’t drink & drive unless you want me to beat you senseless, it is STUPID, okay?

Music
After discussing musical preferences with your companions, go about making it come true. It’s okay to make rules, like “no Bob Marley” if it’s going to keep the peace, or you can compromise, for example: “I won’t play Tori Amos if you don’t play Engelbert Humperdinck, but for every hour of hip-hop I get to counter-balance with Chopin”. This will probably devolve into some crazy music marathon eventually, but it’s kind of charmingly naïve to start off so optimistically.

If you think everyone else would be up for it, bring along an audio CD, like Lolita read by Jeremy Irons, but be aware that for some people, this is an aphrodisiac.

Otherwise, try to mix up the music as much as you can. Compilation CDs are always good, especially those cheesy 80s megamix types. Don’t let anyone bring along a harmonica or a guitar unless you really love them, you are a glutton for punishment or you actually WANT to listen to them practicing “Stairway To Heaven” for 1000 miles.

Immersion
Unlike people who eat McDonald’s every night they’re in Japan, once you reach your destination, do your best to immerse yourself! Feeling a little uncomfortable & out of your depth is good for character. That’s my story & I’m sticking to it. Check out the local television news, read the local papers, talk to the bored waitresses & find out what’s going on. There might be an incredible estate sale going on where you can snap up Le Creuset cookware or an old fur coat for nothing — so remain open to what’s going on around you!

Substances
If you are more interested in the whole Fear & Loathing style of roadtrip, do your research. I would not recommend driving whilst twisted (New Zealanders use the term “munted” & I like it), & keep in mind that in a lot of places the drug penalties are severe. Proceed with caution, kids!

Convertibles
If you can, take a convertible. If you don’t have one, beg, borrow or steal. It’ll make your journey much more exciting. (For ultimate dress-up points, women should wear a headscarf & big sunglasses, & men should don a hat, aviators & an Acapulco shirt.)

Other
Take lots of photos! Make a film if you have a camcorder. (Put it on Youtube.) Write down everything you can! Discourage boring passengers from obsessive text-messaging or completing an entire Sudoku book. Wear a false moustache into the petrol station. Buy an ugly souvenir. Don’t plan too much, go with the flow, & if you meet a fine-lookin’ local, always practice safe sex.