The Secrets Of Body Language: How To Up Your Personal Power, Decode Anyone, And Get Whatever You Want! 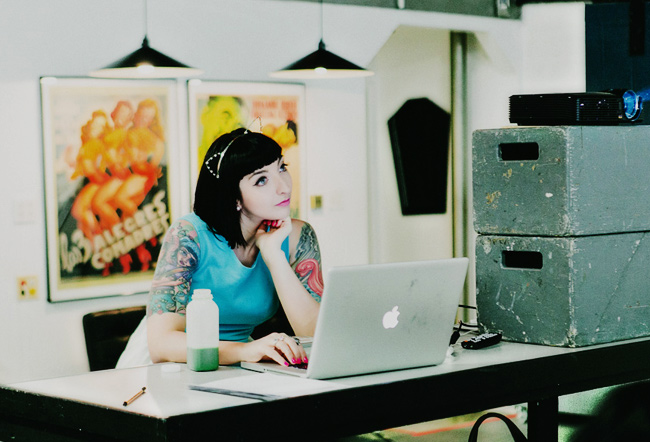 Knowledge is power, after all, so here a few quick lessons in body language that can help bring your words and your actions into better alignment!

As you read, you’ll find that you do some of these things — both positive and negative — naturally. Changing your body language can be as simple as being aware of it, and the more you practice using powerful, confident body language, the easier it will become. 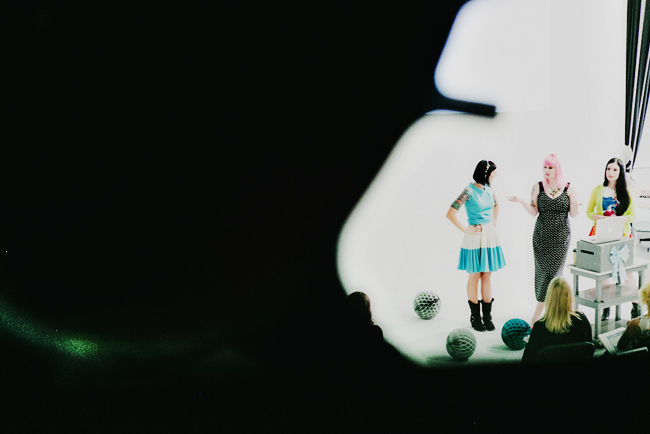 How to up your personal power

Let’s start with the basics: good, straight posture shows that you’re confident and in control. Physiology informs psychology, so when you sit up straight, you actually feel happier. Of course, when you slump down in a chair, you feel less powerful and more unhappy! Your mother had a point when she told you to stop slouching!

Taking on a powerful pose doesn’t just make you more confident, it actually changes your hormone levels and increases your propensity to take risks (Carney, Cuddy and Yap, 2010). Powerful poses usually consist of making the body bigger and taking up more space, so putting your hands on your hips, standing up taller (or putting on a pair of high heels!), and planting your feet can literally change how you feel.

If there is one thing you take from this article, it is to never cross your arms! It makes people think you are less credible. Not only that, people whose arms are crossed are telling others that they’re closed off and not open to new ideas or opinions. It can also betray that you’re uncomfortable with your size or weight: we unconsciously try to cover the things we think aren’t “good enough”. (Before I got my teeth straightened, I would always put my hand over my mouth when I laughed.)

Crossed legs tell the same story, whether sitting or standing. People will often stand with one leg crossed in front of the other when they are in a group of people they don’t know well. When women do this, it says that they are intending on staying, but also that they are romantically unavailable.

Another common posture is the self-hug, where one arm is straight at your side, and the other crosses your body to hold the opposite elbow. This shows a lack of confidence and insecurity; you are literally hugging yourself to give support.

Don’t be afraid to lightly touch people, even if you don’t know them very well. Politicians will often touch the elbow of the person whose hand they’re shaking: it demonstrates charisma and confidence. Waitresses get better tips when they lightly touch their customers when they talk to them. (This might feel really awkward when you first start, but you will get more comfortable the more you do it!) People who casually and lightly touch others are liked more, on average! 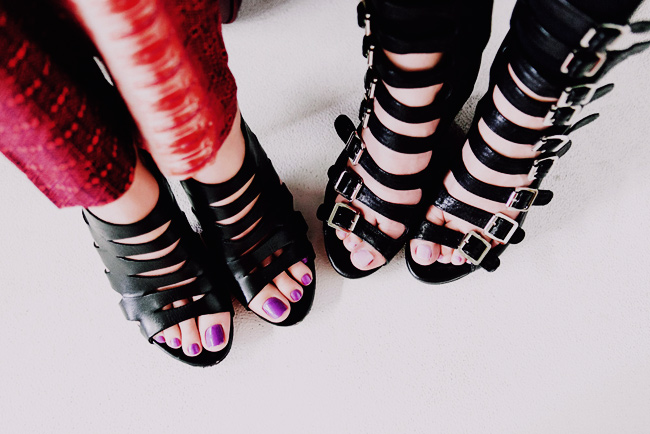 How to decode anyone

In the world of body language, it is often said that the legs reveal what the mind wants to do. (The further a body part is from our brain, the less control we have over it, thus, our legs and feet speak volumes!)

When you’re having a conversation with someone who finds you interesting, they will put one foot forward to shorten the distance between you. If, on the other hand, they are bored witless, they will move their feet back, usually under a chair if sitting down.

If the person talking to you has their thumbs in their belt-loops, they are attracted to you, and want you to notice their man- or womanhood! Look at where their thumbs are pointing! You can’t get much clearer than that… Yowza!

If someone tilts their head, it shows that they’re interested. If they bring their hand to their chin or cheek, they are thinking and evaluating, but if they do this and put one finger up along the side of their face, they are being critical and judgmental, and are not happy with what is being said! It’s almost like making a silent objection.

Women often tilt their heads and show their necks to men who they find attractive. It’s a sign that invites their object of interest to dominate!

Someone who touches or rubs their nose is showing that they have doubts or are not being entirely truthful. If they rub their eye, they don’t believe what you’re saying. Of course, take both of these with a grain of salt during allergy season!

If they bite their nails, they are insecure and nervous. Pulling or tugging on the ear shows indecisiveness. Fussing with the hair shows a lack of self-confidence and insecurity. (It can also mean you’re trying to make yourself more appealing to someone you fancy.)

Closed body language means the mind is closed off, too. Closed body language is shown by crossed arms, legs or feet. If you really want to get a good read on someone, sit with them and offer a glass of water, coffee, tea or pretty much anything else. Then watch where they put their glass after taking a sip. If they use one arm to cross in front of them and put the glass on the table on the opposite side of their body, then they are hesitant, anxious or feeling negative. But if they drink using one hand and place the cup down on that same side, they are feeling open and secure.

Clasping your hands behind your back shows that you don’t want to let someone know how you feel — and you’re usually angry, frustrated or worried.

Someone who is tapping or drumming their fingers is impatient.

When someone disagrees with what is being said, they will often pick lint from their clothing! This person has a secret opinion that they don’t want to share.

People who straddle chairs by sitting on them back-to-front want to dominate or be in control, but are secretly insecure.

A tight-lipped smile lets you know that there is something someone doesn’t want to tell you. It is a sign of concealing information or emotions.

It’s easy to spot a liar, because they usually do all four of these things in succession: touch their hands together, touch their face, cross their arms, and lean away from you. 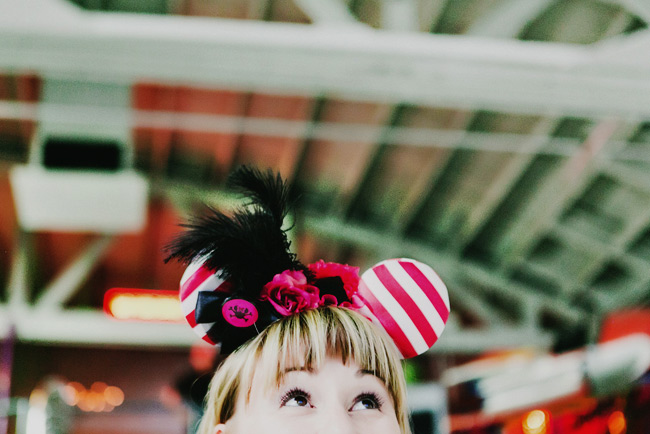 How to get anything you want!

One of the fastest ways to build rapport with someone is to mirror their actions. Mirroring is exactly what it sounds like: you copy someone else’s facial expressions or body movements. As awkward as this sounds, we do this unconsciously, and we will often mirror the behaviour of someone we respect, look up to, or consider to have higher status than us. But when we do it, it puts the other person at ease, and makes them feel like you vibe well together.

We tell stories with our hands. Back in the olden days, showing your palms to someone was a sign that you were carrying no weapons, and the way we read it is similar today. When someone is opening up to you or being honest, they will tend to show their palms to you. On the flipside, people who are dishonest — or who simply don’t want to talk — will often jam their hands in their pockets.

If you talk to someone while showing your open palms, it will actually encourage them to be more honest and open with you.

Pointing your finger while you speak is perceived very negatively by anyone who is listening to you. For this reason, a lot of professional speakers have been taught to show emphasis with their hands by touching their thumb and forefinger together to make an ‘OK’ symbol. This gesture is seen by others as being authoritative but not forceful, and in fact, makes an audience think you are thoughtful, focussed and goal-oriented.

This is fascinating and unusual: if you stand on the left side of a photograph, viewers will think you are more dominant than anyone else in the picture! (Sweet reader Jessica reminded me that in Party Monster, James St James encourages Michael to stand on the left in photos, so his name is printed first.)

Guiding other people through a door — going first and holding it for them — shows that you are in control, and will encourage others to view you as a leader.

When the mind closes, the body follows. If you can see that someone else has a negative attitude, either through crossed arms, tightly grasped hands, or some other action, you can be sure that their attitude will persist until you can get them to change their body language. An easy way to do this is to give them something to hold, or encouraging them to walk with you, which forces them to open their stance.

When men lie, you can read it in their body language. They put their hands in their pockets, they cross their arms, or they conceal their palms in some way. Women, on the other hand, like to look busy while they lie — so they will often lie as they do an activity, or will talk around the subject while multi-tasking.

Getting on the same physical level as the person you’re speaking to is very powerful, too. At The Blogcademy, during activities, Kat, Shauna and I will walk around and speak to our babes (who are seated). I’ve discovered that crouching down and literally being on the same level as them — as opposed to standing over them and talking down — encourages a much more candid, open conversation. 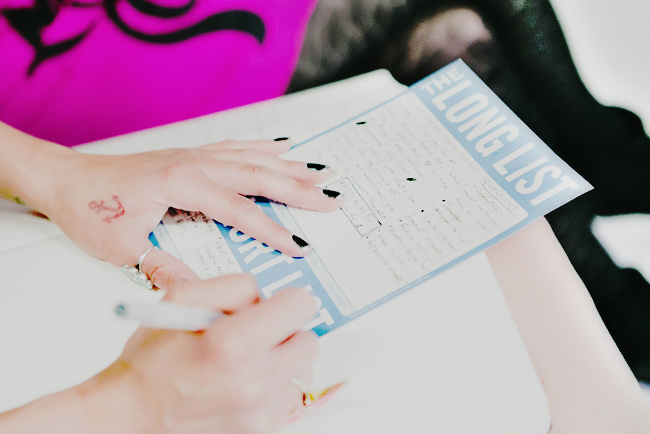 Be animated when you talk, and smile with your teeth! Use your hands to gesticulate, keep your palms open, and don’t cross your arms, legs or feet. Lean forward and nod when other people are talking, and tilt your head to show that you’re listening. Don’t allow your chin to drop. Mirror the body language of other people. Make eye contact and smile!

I loved reading The Language Of The Hands, from the New York Times. These 50 body language secrets are particularly good for job interviews!

There are plenty of books on the subject, too. Check out What Every BODY is Saying: An Ex-FBI Agent’s Guide to Speed-Reading People, The Definitive Book of Body Language, and Winning Body Language: Control the Conversation, Command Attention, and Convey the Right Message without Saying a Word!

Body language is totally fascinating, don’t you think? As I put this together, I started to pay more attention to what people’s bodies were telling me unconsciously. When I did this, I was able to add a new depth of understanding to the conversations I was having… And I was able to steer things in a more positive direction quite easily!

Have a play with this, and see what you discover!

Photographs by Caroline Winata of Milou and Olin.

« Things I Love Thursday: Blossoms On A Grey Day
Confession Time: Sometimes I Have Tattoo Regret… »