The Widow Of The Manor 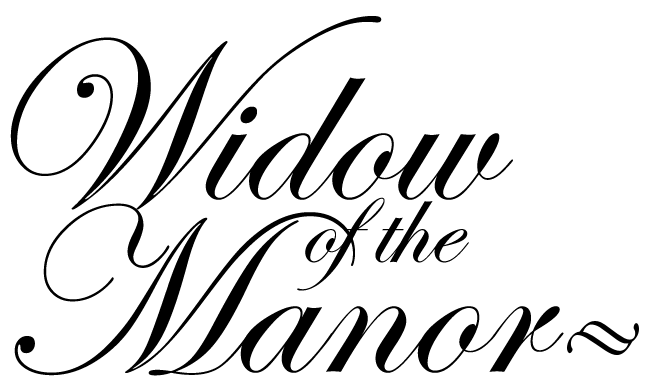 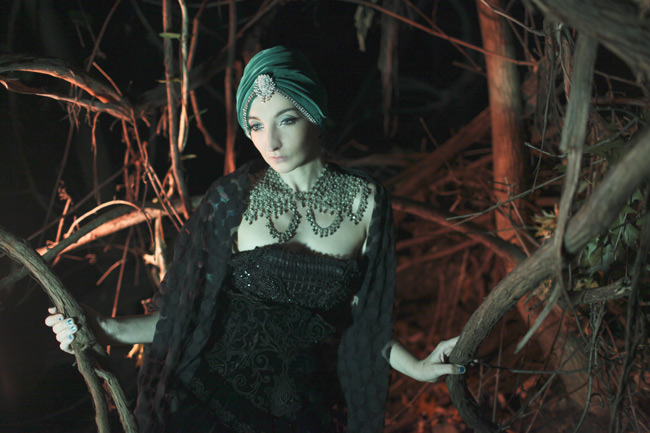 A urelia was left behind when her husband, James, a ship’s captain, jumped to his own death from the bow of his ship. His friend had told her that James had succumbed to the Sirens calling him from below. She was driven mad by grief. Hollow & hopeless, she wandered the enormous, empty house, wringing her hands & praying that her husband would return one more time. Prayers turned to curses & her mind started to twist.

Sunshine became too much to bear & she would sleep until the sun started to set. She would sit out on the terrace as she watched it disappear behind a low black cloud. She could taste loneliness in the back of her throat. She wanted him back. She started to research raising the dead. 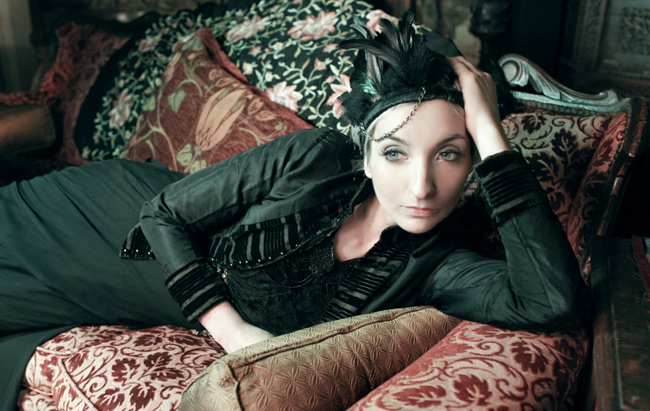 Her kitchen overflowed with herbs & talismans. She drew symbols on the floor & made circles with salt. Her fireplace was always flickering & she would speak backwards, eyes rolling in her skull.

Aurelia would spend hours at her husband’s grave every night. His tombstone was covered in wax drippings, sigils & tears. She sewed tiny animal bones into her clothing. Owls perched on branches above her, watching. 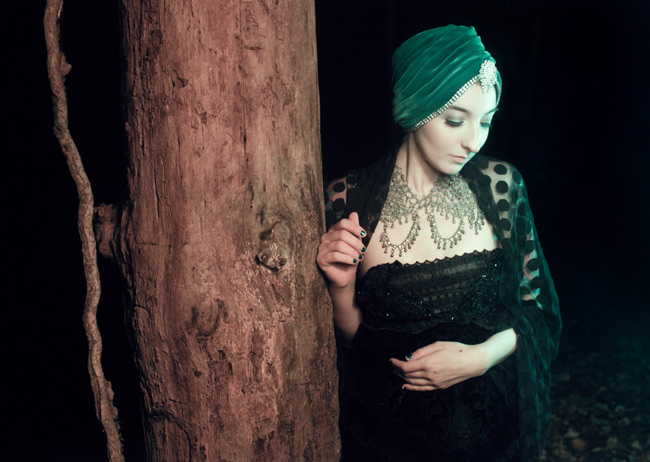 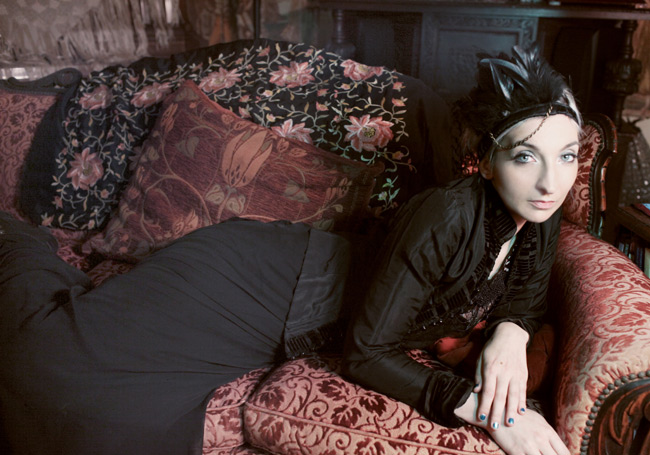 The house seemed rattled by thunder & falling branches all the time. She was haunted by memories of him telling her, “I love you even more than I love the ocean”.

She would scream at the merciless God that had taken him from her, clawing at the wallpaper & breaking down, sobbing naked on the floor. She thought of death, wondering if it would be so bad if she were to be plucked from the earth. 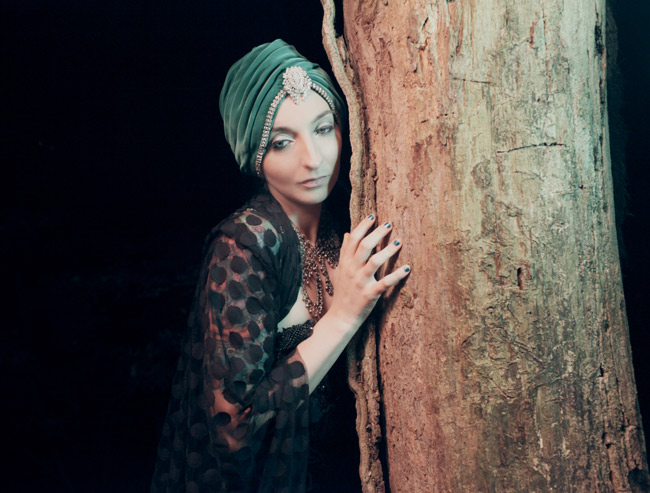 One day while gazing into the steam from a pot of herbs, she had a vision. She saw herself climbing the tree that was just behind James’ tombstone, & sitting in a nook of the tree while saying an incantation. In her vision, she saw James rising from the grave — not as a person, but as a spirit, a spirit that would stay with her & comfort her.

It was the middle of winter. She gathered her clothing close around her & set off for her husband’s grave. By the time she got there, she couldn’t feel her fingers & her skin was turning blue, but she knew she had to do this. She began to climb the tree, slowly. It was so cold that everything she touched sent spikes of pain shooting through her body.

When she got to the place where a wide branch met the trunk, she curled up into it. She crossed her legs over & cuddled up into her cloak. The wind howled around her & raked her face. She decided to warm up a bit, then say her incantations. But it was so cold that her body started to shut down. She went into shock, her heart slowed, & then it stopped beating altogether. Death had taken her.

Later that night, a majestic thunderstorm played across the sky. The thunder sounded like whips cracking in the darkness. A lightning bolt struck the tree above James’ grave, splintering it right in half. Aurelia’s frozen body tumbled from the branches, landing right next to her husband’s tombstone… & that was where she stayed. 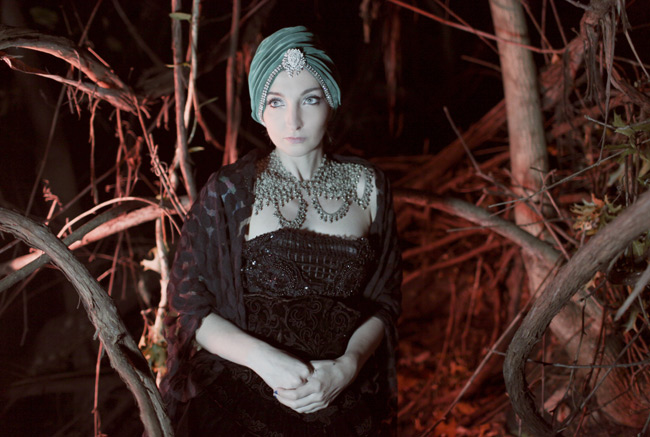 HAPPY HALLOWEEN from Aurelia & I! I took these photos with Shae on Thursday night.

After debating the merits of shooting in Sleepy Hollow or down by a river, we decided to do it at her mother’s house… which, as you can see from the interior shots, is completely amazing.

Shooting with Shae is always such a good time, because she styles me & transforms me into someone else entirely. These are outfits I would never even think to put together, but they look amazing!

Green velvet turban with a rhinestone necklace pinned around the edges

Black bodysuit with sequinned applique attached to it

Black veil over my shoulders

Headband by Loulou Loves You

Beaded dress from the 1930s

We scrambled up hills with tripods & lights, stood precariously on swimming pool covers, got tangled in branches & had to use flashlights to make our way back to the house. It was madness. For some reason, every adventure Shae & I go on involves a HILL!

By the end of the night, we were both completely exhausted, & chewing super-minty gum on the ride home to keep ourselves awake, but we had a great time! I think the results are incredible. Shae never fails to completely blow me away! Thank you so much ma petite!

I hope you have an incredible Halloween! Stay safe & enjoy yourself!