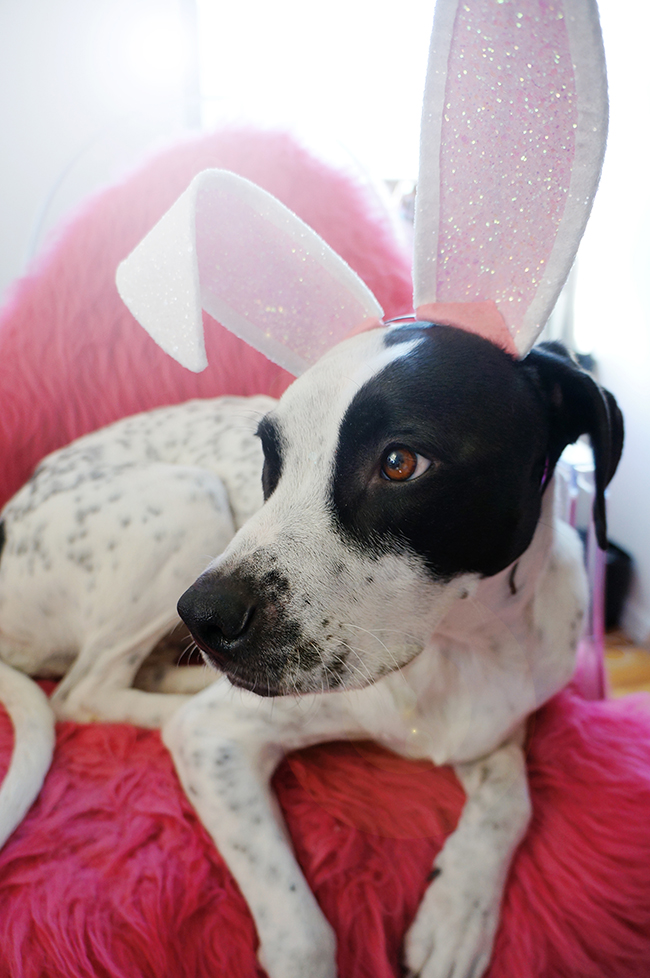 Another week down, and April is almost over. By the way, if this has been a tricky month for you, read up on the Grand Cardinal Cross. My take on it (since I’ve been asked by a few of you!) is that if you’ve been actively working on personal evolution and growth over the last couple of years, this month is the swift-moving embodiment of all that effort. But if you’re in denial, intent on staying stuck in something that isn’t working, then you might have felt like April was a bit of a rude awakening!

I feel like I’ve learned a lot this month, and almost all of it has to do with claiming my personal power and simply saying what I want. No more pussy-footing around! You would not believe the mountains I have been able to move by merely stating my intent! (I recommend it.)

Overall, I’ve been really enjoying this week, filling it with small things that make me happy: Pilates sessions, laughing with Mike, writing all night long, climbing trees, and running around the city in my sneakers. Next week is going to be un petit peu crazy — I’ll fill you in soon! — so I guess in some ways, this is the calm before the storm! 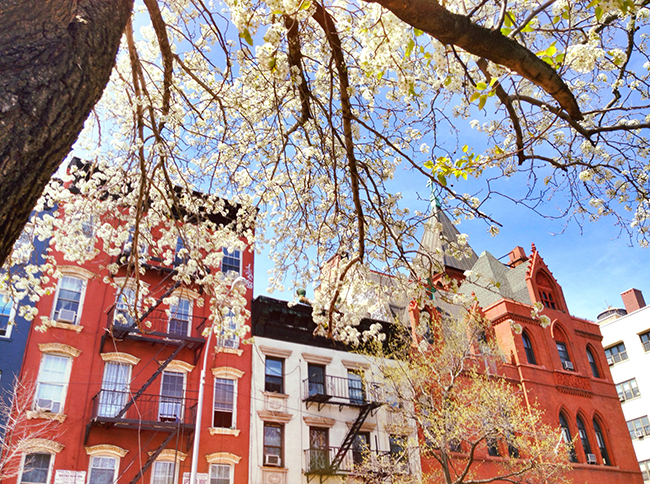 Hello, you fool, I love you! Getting back to the gym after a break: feels so good!

Blissing out over blossom-filled streets

Wicked scores at Buffalo Exchange (like, say, the EXACT SKIRT I tried on last week, except for $32, not $250)

Going on super-long treks around the city

Apple cider vinegar (two cups) added to the bathtub! Good for soothing aching muscles if you’re all out of Epsom Salts!

The way that I always think of Mrs. Doubtfire when I hear Kriss Kross’ Jump

Watching The Punk Singer (it’s on Netflix!) and falling in love with Kathleen Hanna all over again

The way a neon manicure makes you look really tan 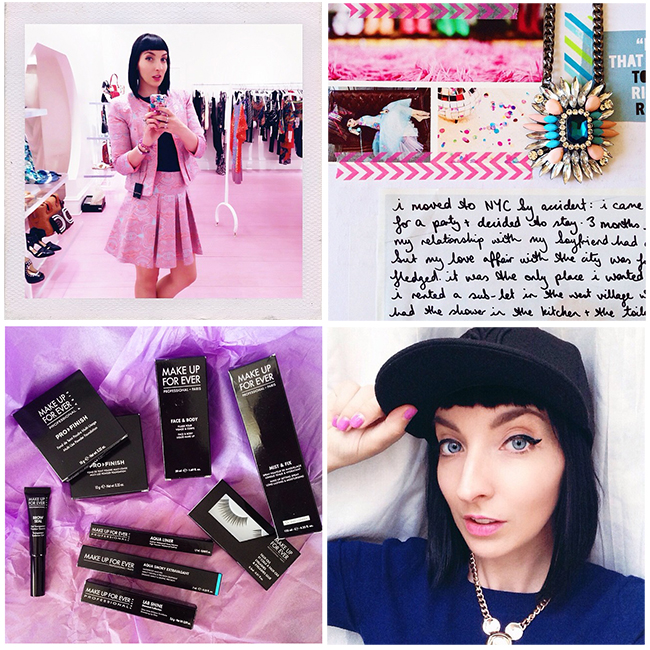 Clockwise from top left: playing dress up at Nanette Lepore and having way too much fun in what I have decided is my new uniform; an except from a page of my Radical Self Love Bible, and a necklace, just because!; eyebrow game has been raised with Aqua Brow, for reals; a big bundle of goodies from Make Up For Ever which I have been fiddling about with all week!

“Happiness consists in realizing it is all a great strange dream.” (Jack Kerouac)

« On The Road Again… Come Out And Play!
Carousel: The End Of April… »