Things I Love Thursday: I Am That Girl 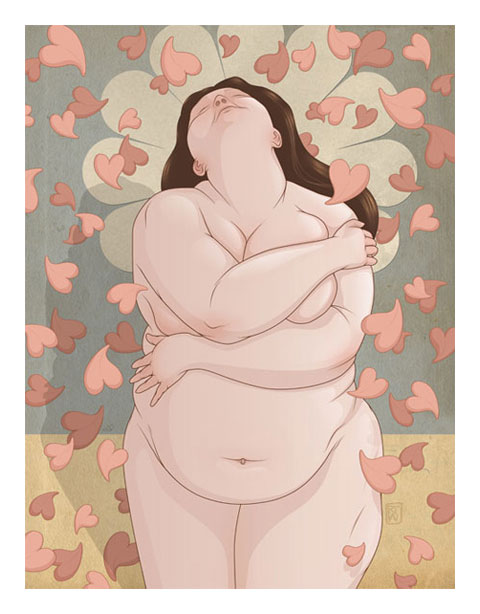 On Wednesday afternoon, I stood in a doorway in the East Village, clutching a cup of lavender earl grey tea, while I listened, rapt, to the two women at the end of my phoneline. I was on a call with Alexis Jones & Emily Greener of I Am That Girl, a non-profit organisation devoted to the championing of healthy media for women.

Alexis Jones is a force to be reckoned with. She blagged her way into an audition for Survivor, ended up on the show, & used every second of camera-time she was afforded to talk about I Am That Girl. She speaks to groups of young women around the world, & appears on stage looking super-cute, with her hair done, a great dress, big eyelashes & fab shoes. Halfway through her presentation, she grabs a baby-wipe & takes off her make-up. She pulls her hair up into a bun, & she changes out of her cute dress into a pair of trackpants. Her goal? To show us that we are all the same. When I was told about her doing this, I got tingles all over my body. What an incredible living demonstration of confidence, & most importantly, radical self love! As soon as I heard that, I knew Alexis was a woman I wanted to know.

I Am That Girl is doing amazing things. They recently went to the White House to speak with the First Lady, Michelle Obama, about creating healthier & more positive media for women. So impressive! Alexis told me that America exports 80% of the world’s media, & that there needs to be a higher standard & more accountability for what’s being put out there. She thinks that the current state of media — with its Real Housewives & Jersey Shore idiocy — constitutes a global health crisis for girls.

Their goal is create the first ever all-girl driven network, with smart, sassy, hilarious content produced by women, for women. They want to inspire women everywhere to use their phone, FlipCam, or webcam to start getting their voices heard. I think it’s so important to give women a platform & invite them to shine, & this is exactly what I Am That Girl is working towards.

It was so exciting to talk with Emily & Alexis; they are two women who really have their heads screwed on tight, are following their passion & trailblazing the new wave of feminism. I was thrilled to speak with them on the phone, & even more delighted when they said they wanted to work with me! I’m absolutely over the moon to help out with I Am That Girl… Watch this space!

In the meantime, there are some great articles on the I Am That Girl site. Have a read of donate a conversation; a Bellism reminder & girls need girls! Look around, follow them on Twitter, check them out on Facebook, be inspired by IATG’s Tumblr & get ready to rally for the cause!

« My Golden Moment At The Bowery Mission
Happy Halloween! Love, Gala In Wonderland »