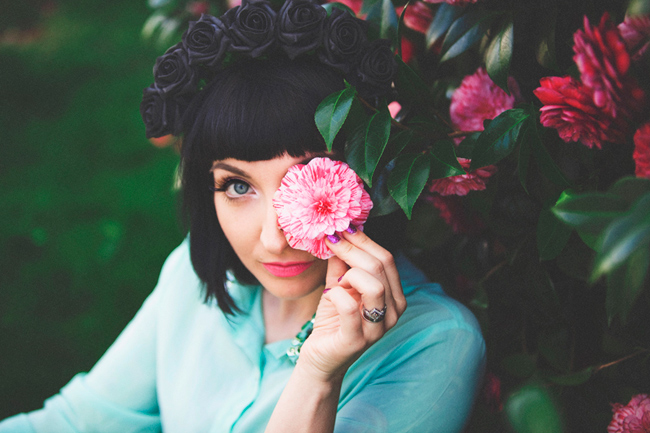 I’m sitting outside a coffeeshop in the shade. I’m wearing plum-coloured lipstick (#46) with my legs crossed underneath me (always my favourite way to sit). God, it is such a relief to able to sit outside and not have to pull my coat around me!

Yesterday I caught two buses and a train up to South Bronx (the South South Bronx) to go on a little EKOCYCLE pilgrimage. While there, I was reunited with Will.I.Am. EKOCYCLE have teamed up with four residential buildings in the South Bronx to try to increase their rate of recycling, since it’s one of the lowest in NYC. Super-cool.

As we walked the streets, he said, “You’re from New Zealand, right? I was just there!” He proceeded to tell me about how he gets involved with kids from low-income areas, and that he just donated $100,000 to a bunch of charter schools in New Zealand.

I am always so impressed by him and his commitment to really, truly making the world a better place. He is such an exceptional person. A lot of us talk a big game about “living your passion” and “leaving a legacy”, but how many of us actually do it? And by the way, saying that you’ll be generous once you have the time/make your first million is bullshit. If you’re not generous with your attention, time or money now, you won’t be when you have more of it. True story.

The other thing that fascinates me about Will is how much he manages to get done. He has his fingers in a trillion pies, and yet somehow is still charming, thoughtful and productive. He’s not rushed or impatient or rude or too important, and he puts all of himself into everything he does. I know how easy it is to run around wringing your hands talking about “how busy” you are. But Will isn’t a robot or some superhero spaceman. He is an average dude from the projects in East L.A., who has his priorities in check.

What if we all stopped watching television for a month, and instead devoted that time to a something we were intensely passionate about? What if we stopped wasting our time with constantly refreshing social media and our inbox, and instead disconnected from the wifi so we could get some real writing done? What if we really took notice of the fact that our time on the planet is short, and that if we want to achieve tremendous things, we need to harness every single minute?

Now, this is not to say that we should never rest or relax or party. Of course, that is vital to our enjoyment of life! But I know my life would be better if I stopped doing things that were just “okay”, and prioritised the stuff that really matters.

Hanging out with Will yesterday was like a big, inspirational shock to the system, and it made me think a lot about casting off the excuses and just committing to doing the very, very best I can. In fact, one of my new favourite people, Ashley Ambirge, just tweeted,

Doing the best you can fucking do is so much easier than not doing your best, and making up excuses in your head the whole time.

Word up to THAT.

Every time I hang out with Will, he makes me want to be a better person… And I think that’s the highest compliment you can ever give someone. But it’s not enough to just idly want to be better — you then have to go out and do something about it. 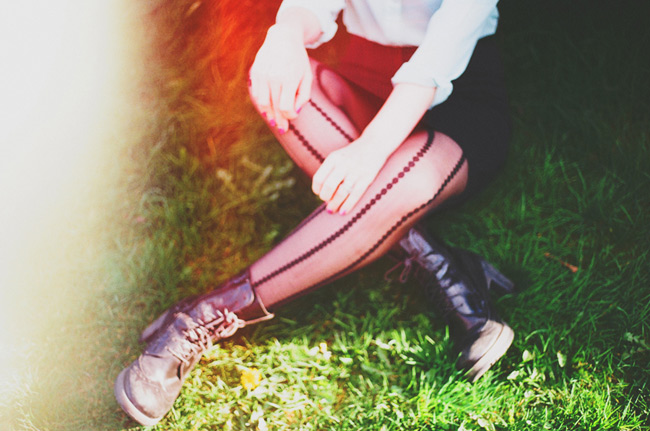 Considerate smokers (thank you for not blowing stinky smoke and ashing all over me, I do appreciate it!)

Sitting outside to write — truly, the best!

Revamping my editorial calendar! (Yeah, you need one too!)

Buying what is, perhaps, the perfect skirt in white… I can’t wait to wear it!

Seeing women I went to school with thrive!

Reading too much about people who have had alien encounters

Getting really lost in a great book

Genius playlists, which I had somehow never used until yesterday

Having my trainer tell me I should make a mixtape for the class he teaches (flattered!)

Sequins all the time

…And trying to type while Dolly lies on top of me (my reality right now)!

Photos by Made U Look.

« Texas, We’re Coming For You!
NON-BULLSHIT LOVE SONGS: A Mixtape! »