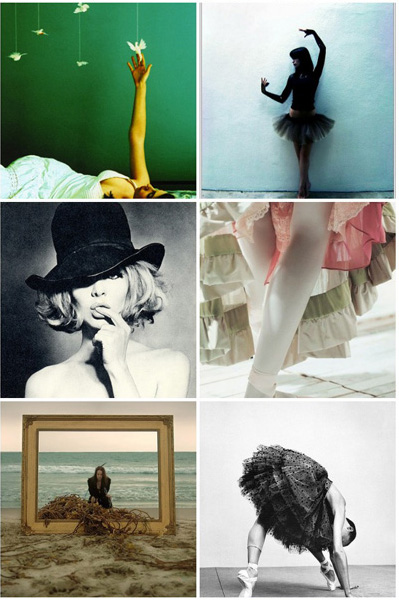 Tofutti cuties! I’d never had them until recently. I knew of them as a fabled vegan treat but really couldn’t even begin to fathom the wonderfulness that is a tiny soy ice-cream sandwich… until I had one! YUM! Belly goes “mreowr”! That’s a good “mreowr”, by the way.

Buffy The Vampire Slayer — I didn’t watch it when it was on television, probably (& this is very shallow of me) because when I was at school, there was a group of supremely annoying girls who used to screech about Spike & Angel & blah blah blah. Anyway… now I like it! I’m up to the bit where Willow is on the verge of becoming a lesbian, very exciting. (I think I have un petit crush on James Marsters. Grrr, arrrg.)

Raw foodism — It’s been so interesting to watch my energy levels, mood & hunger fluctuate as I go through this transition to raw veganism. Mostly I’ve been feeling really good (& blissfully happy/ecstatic, which is amazing), with occasional very strong urges to snooze. I’m eating about 75-80% raw at the moment, breaking my rawness for dinner (tofu curry on rice) & the cupcakes I made last night (chocolate cupcakes with lavender-flavoured buttercream icing — vegan!). I’ve been having major starchy cravings at midday but I learned today that if I have a green smoothie in the morning, those should go away. It’s so exciting to learn all this stuff!

New hair anticipation! Yes, that’s right! This afternoon I am dashing off to ye olde hair salon, where they are going to deck me out good & proper! OH I am so excited, this is a new frontier for me! Photos to come!

Ballet — In case you couldn’t tell from my mosaic, I am obsessed with dance! I still can’t do my ballet conditioning DVDs all the way through! Even though the woman on screen is this tiny petite little thing, girl has a body like steel! The exercises make my body ache for three days afterward & give me a huge energy boost, I love them. I promise to review them in full when I can actually complete a session!

“I’ll say sorry but I’m not taking off my glasses!” Corey Worthington is hilarious! For those of you who don’t know, he is a 16 year old kid who threw a huge party which got out of control recently. The Australian media is crucifying him & the moral outrage patrol is on the loose, but at the same time, they follow him to the beach (?!) & amp up his celebrity status. He’s just a kid & all the journalists who are trying so hard to make him look bad just end up looking like morons. It is an incredible saga. I personally love his sunglasses devotion, it’s great. At one point, radio host Matt Tilley tried to forcibly remove the boy’s trademark yellow sunglasses, resulting in a scuffle. The boy ran off. The teen has repeatedly refused to take off his sunglasses since the saga of his out-of-control party began.

Honourable mentions: Curling up with my beloved; cute knickers (I bought some which say “Hey, cupcake!” on the booty!); big packages of books in the mail; layered-up pearls secured with brooches; chocolate soy shampoo (smells so good I want to lick it!); fabulous plans (ice-skating this weekend!); huge bowls of guacamole; my Ebay watchlist (sneak sneak); my orchid Kioko

Okay, beautiful, your turn. What’s setting your heart on fire & driving you to new levels of bliss today?