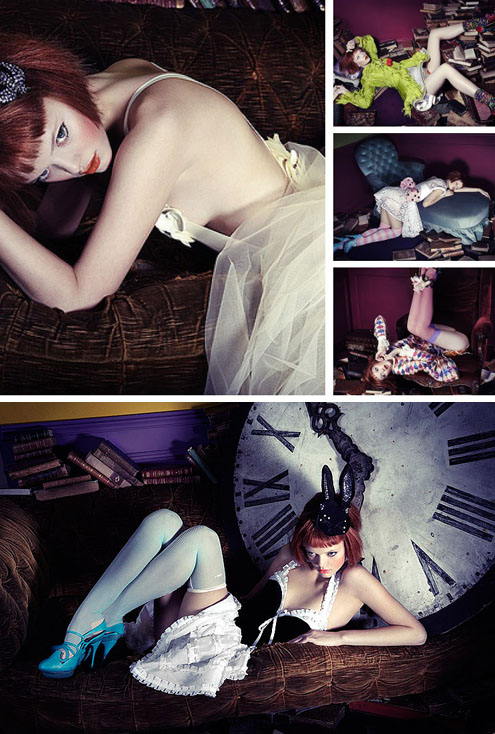 Bruno Dayan — His photos are above. Anyone who can make bookworms look sexy & chic gets my vote!

Seth Godin — His talk yesterday morning was totally brilliant & incredibly inspiring. He was speaking about the concept of tribes, & how people want to belong to a group with which they identify; how it defines who they are. He was encouraging us all to start movements, & it was SO GOOD! Totally my thing. I made pages & pages of notes which I keep looking at & feeling these jolts of excitement. There were a couple of people filming but I haven’t seen a video of the full thing yet — slackers! When I do, though, I’ll link it up for you!

Walking 40 blocks in the sunshine — I decided to walk home from the talk yesterday & it was great. It was cold but warm at the same time, if that makes sense, but mostly I enjoyed it because I got the opportunity to immerse myself in the city. You can only absorb so much of it in taxis & on the subway — you need to get out & walk around to get a real sense of it. I love it every time I do. Best city on earth. 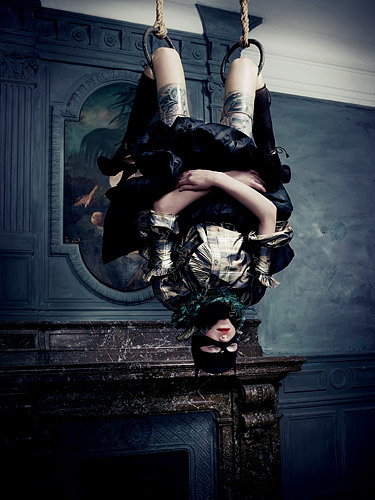 Secret society meetings — Obviously it’s secret so I can’t say much, but on Tuesday night (with my freshly tattooed arm all swollen & bandaged), I put on my favourite pair of shoes & trekked uptown for a soiree in an apartment on the 31st floor. We ate meringues, swilled wine, discussed disturbing performance art ideas & laughed. A lot. So much fun! You should form your own secret society, it’s a good time!

Emrys — On Friday, my friend Emrys came into the city from Connecticut. I haven’t spent a lot of time with her, but we have a great connection — she is an amazing person & I respect her so much. Well, it turns out that seeing her last week was exactly what I needed. She’s a counsellor, & one of the most grounded, positive, thoughtful people I’ve ever met. I absolutely cherish her. She really helped me sort through some of my head-spin-o-rama detritus, for which I am so, so thankful. I love you Emrys!

Elton John remixes — Okay, there’s only one I know of, but it’s amazing. It makes me so happy!

Gmail’s new features — God I’m a geek, I can’t believe this makes it to my list. But canned responses! Random signature rotation! Custom label colours! LOVE IT. Way to go, Google. You guys do a good job, keep it up. (& if you don’t use Gmail… you should!)

Chew Fu — Even though our jet-setting lifestyles (ha!) have thus far prevented us from hanging out in person — I mean, he’s in Australia right now for crying out loud! — he still manages to bring a whole lot of happiness to my life by churning out fantastic remixes. (& name-dropping me in interviews, haha!)

Battle Circus — My exceptionally talented friends from New Zealand are in New York right now, playing shows, & I got to see them last week for the first time in aaaages! So much cute. They’re fresh from Germany, where they were supporting Amanda Palmer of the Dresden Dolls! How amazing is that?! Add them to your Top 8, enjoy their tunes, go to their shows, turn it out!

“Do you know what I love? When I describe something as a playful but mysterious little dish & someone gets the reference.”

“I think YOU’RE a playful but mysterious little dish!”

Honourable mentions: Trevor Brown calling me “the most chic girl on the planet” (!!!); Coconut Chai from Bonobos; soy lattes from Joe’s; Remix Sunday 127 from Palms Out (oui, I’m a bit late to the party, but it was a goodie!); this (most perfect sexy awesome photo ever, maybe!); Damien Rice (totally on a D.R. kick right now); emails which overflow with love & delight; circus anticipation (I’m going tonight & I have a hot date!); remembering that my friend used to call me a “candy haired gangster”; heart-shaped balloons; dreaming about making little elf babies with Nubby; having my siamese twin tattoo worked on; spending two & half blissful hours getting a massage & facial; just like last week, listening to NAS’ ‘Black President’ & feeling excited; N-O, T-O, R-I-O, U-S, you just, lay down, slow; fun stuff to come, & hallowe’en! 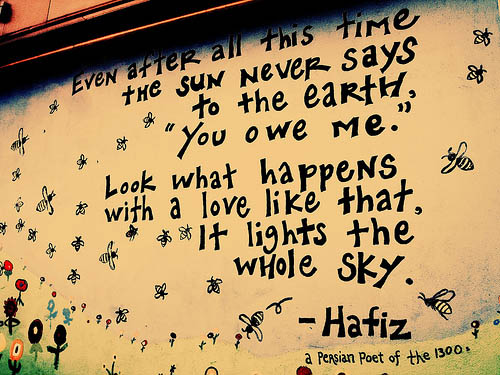 What’s the cutest nickname you’ve ever been called? Imagine I just called you that, then smile & start writing your own delicious, magical Things I Love Thursday list! (Oh, & moi? “Candy haired gangster” is up there. But good old “Ms. Darling” works for me too, in the right circumstances.)