It’s getting very cold around here, so I thought it was a good time to present you with an assortment of the best-looking brollies I’ve found recently… as well as who I can imagine owning them. 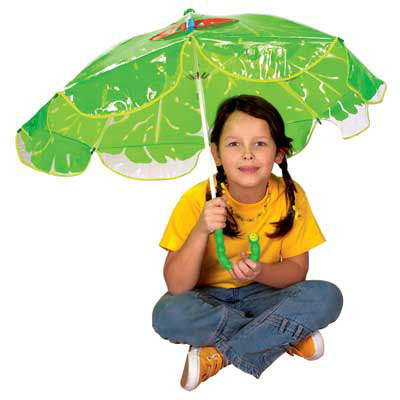 The woman who loves the Haba Leafy Roof umbrella is actually an art teacher who found this umbrella left behind in one of her classes. She whistles through the gap between her front two teeth (mostly Bulgarian folk songs) & always wears red lipstick. She drinks tea constantly (earl grey with two sugars) & drives a puttery old car. Her husband used to throw knives in the circus & they sometimes incorporate this skill in the bedroom. 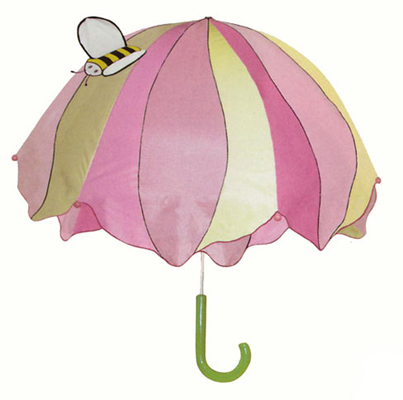 The girl under the Lotus umbrella makes cupcakes for a living & does her own deliveries. She straps the patisserie boxes to the back of her scooter & smiles as she pockets the cash. No one knows that the reason the cupcakes taste so good is because she says “I love you, I love you, I love you” to the mixture as she bakes. 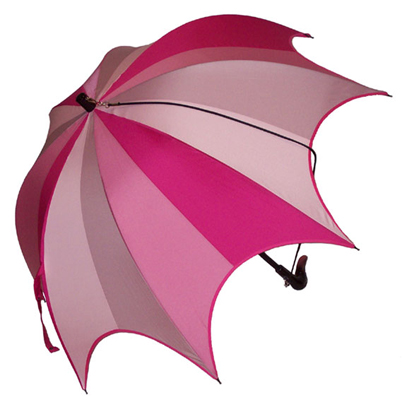 The girl who owns the Guy de Jean Arlequin Duck umbrella works in a jewellery store & stands behind the counter so that no one will see her lace-up combat boots. Every night she goes home to her sulky boyfriend who wears more eyeliner than she does & hopes he will leave her so she doesn’t have to have “the conversation”. One day she would like to be a carefree bachelorette with a poodle & fairy wings tattooed on her back. 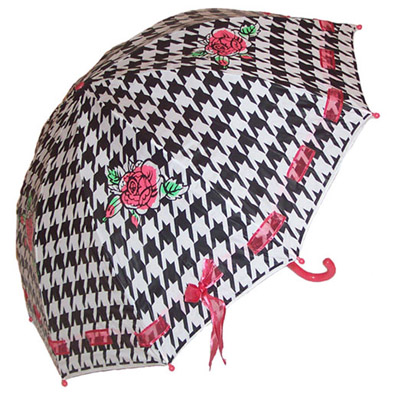 The girl who carries Madonna’s English Roses Houndstooth umbrella wears only black, white & grey. Her hair is big & violet, back-combed & scented like candy, & she likes to cover it with Swarovski crystals. She does Tai Chi in the mornings with her grandmother & keeps a secret stash of toffees in her bag at all times. 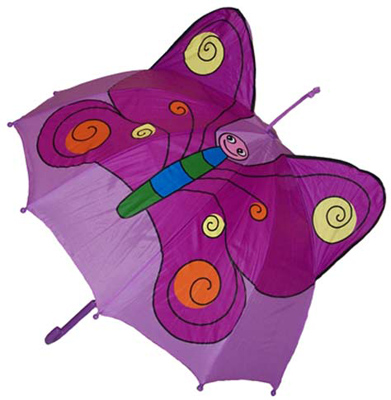 The Butterfly umbrella is the pride & joy of a raver girl who dances underneath it at the bus stop. When she goes out at night she ties glowsticks around the spokes of the umbrella & glows all the way across the city. She always wears purple underwear & has never had a boyfriend. 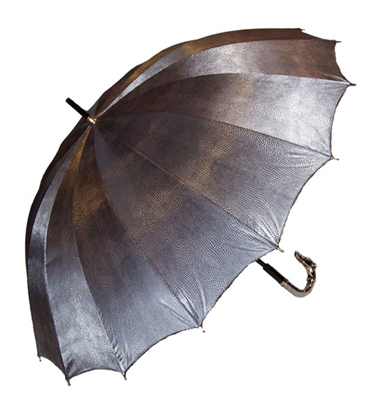 The Il Marchesato 16 Rib Metallic umbrella is owned by a fetish model who pays photographers to lengthen her legs in pictures & never makes public appearances. She has a closet full of platform boots & shoes of every stripe, & has not seen her natural hair colour in ten years. She has a secret crush on Michael Jackson. 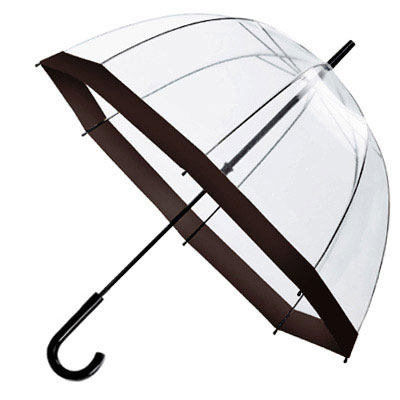 The Birdcage Bubble umbrella belongs to a very straight-laced fashion editor who wears extremely high heels & never smiles in public. While she pretends that she doesn’t like the paparazzi taking shots of her, she owns a clear umbrella precisely to help them take more pictures. Every night she goes home & gets high while watching The Daily Show. 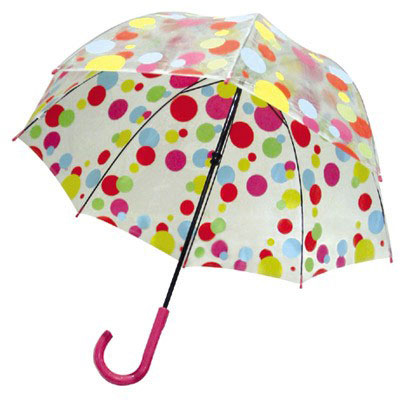 The Birdcage Spots Bubble umbrella is owned by a famous architect. He bought it in a drug-addled haze in San Francisco years ago. He has never taken it out in public. It sits in an umbrella stand by the back door, an untouched reminder of his past. 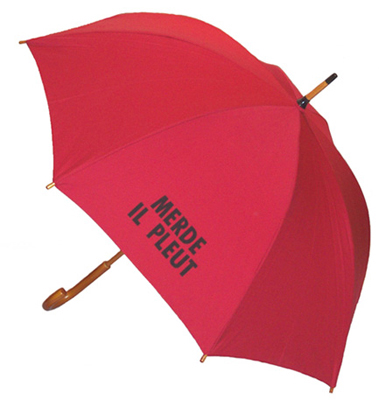 The girl who carries the Merde, Il Pleut umbrella (translation: Sh*t, it’s raining) is 5’10” in flat shoes. She wears a leather jacket at all times, & pinned to it, a badge with a quote from Jean-Paul Sartre (“Hell is other people”). She smokes Gauloises & has teeth stained slightly red from excess wine consumption. Her pet hate is running out of cheese. (She has secretly never left Chicago — & orders her Gauloises online.) 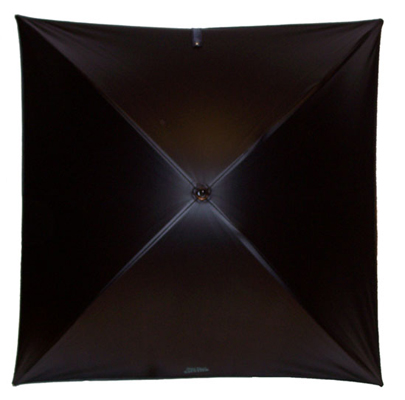 The girl toting the Jean Paul Gaultier Square Faux Leather umbrella prides herself on her sleek, minimal aesthetic. Her favourite movie is Bladerunner & she refuses to wear anything but black. Her work cubicle is so clean that her co-workers think she is a bit freaky. Sometimes when she is feeling anxious, she fashions a helmet out of aluminium foil & sleeps in it. 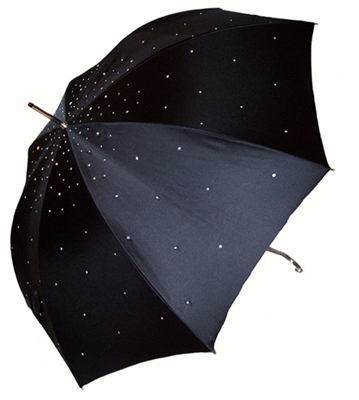 The girl strolling beneath the Pasotti Swarovski Crystal umbrella is a theatre major with bright red hair. She loves to practise her Oscars award speech & buy foreign newspapers (which then gather dust on her coffee table). She always checks into hotel rooms under the name ‘Jessica Rabbit’.