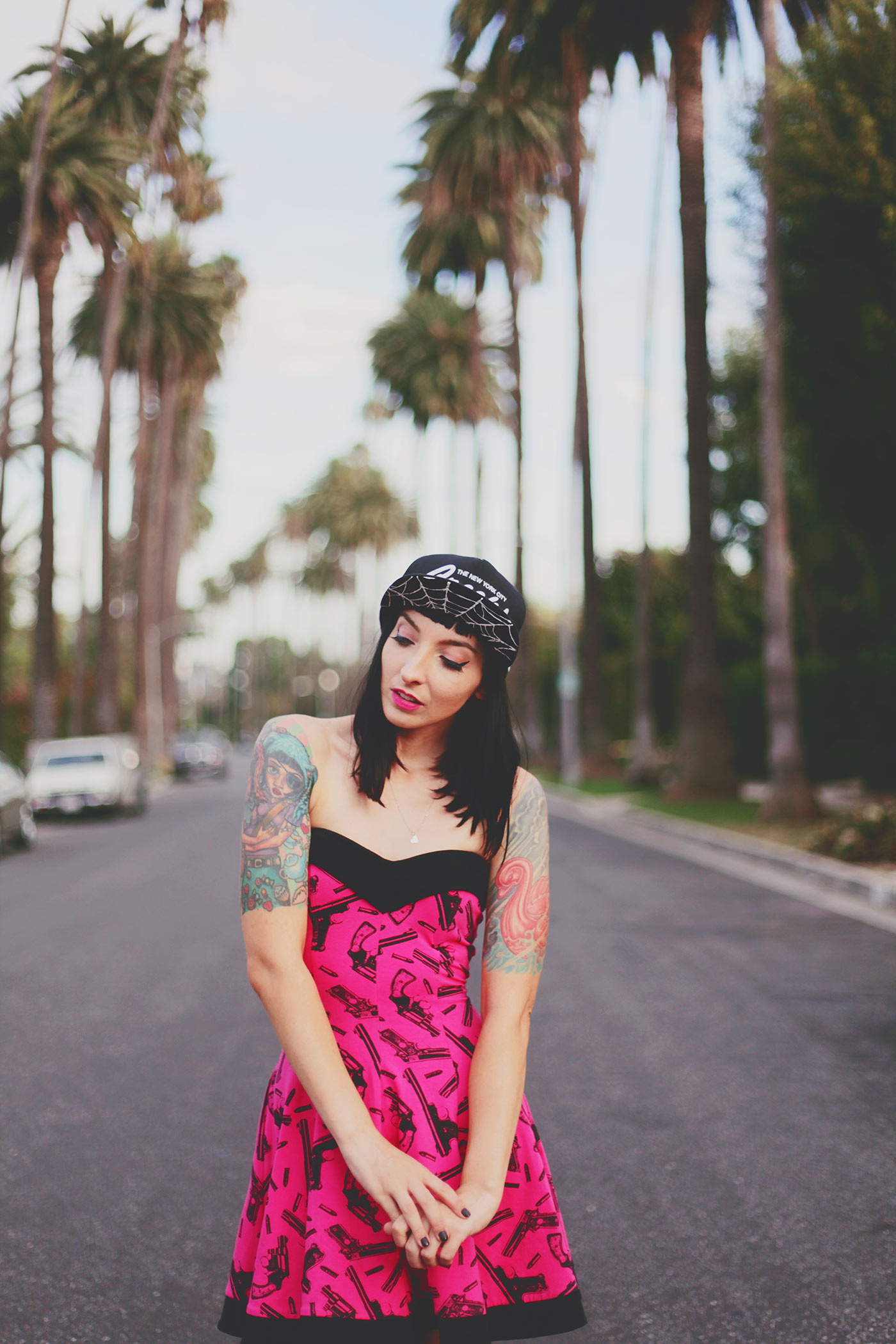 He had a face I couldn’t stop looking at. We’d only been on two dates, but one of them had lasted 19 hours. Now he was sitting in my living room, flicking through my book, reading passages of it aloud to me while I blushed uncontrollably.

I visualised my week in my head. I had no real pressing reason to stay in NYC, and I’m always up for an adventure, but I wasn’t sure how serious he was. I changed the subject. So when he looked at me a couple of hours later and asked, “Well, are you going to come away with me?,” I grinned and said yes.

Three days later, I met him in L.A. We checked into my favourite hotel (and home away from home) and had one of the best weeks ever. 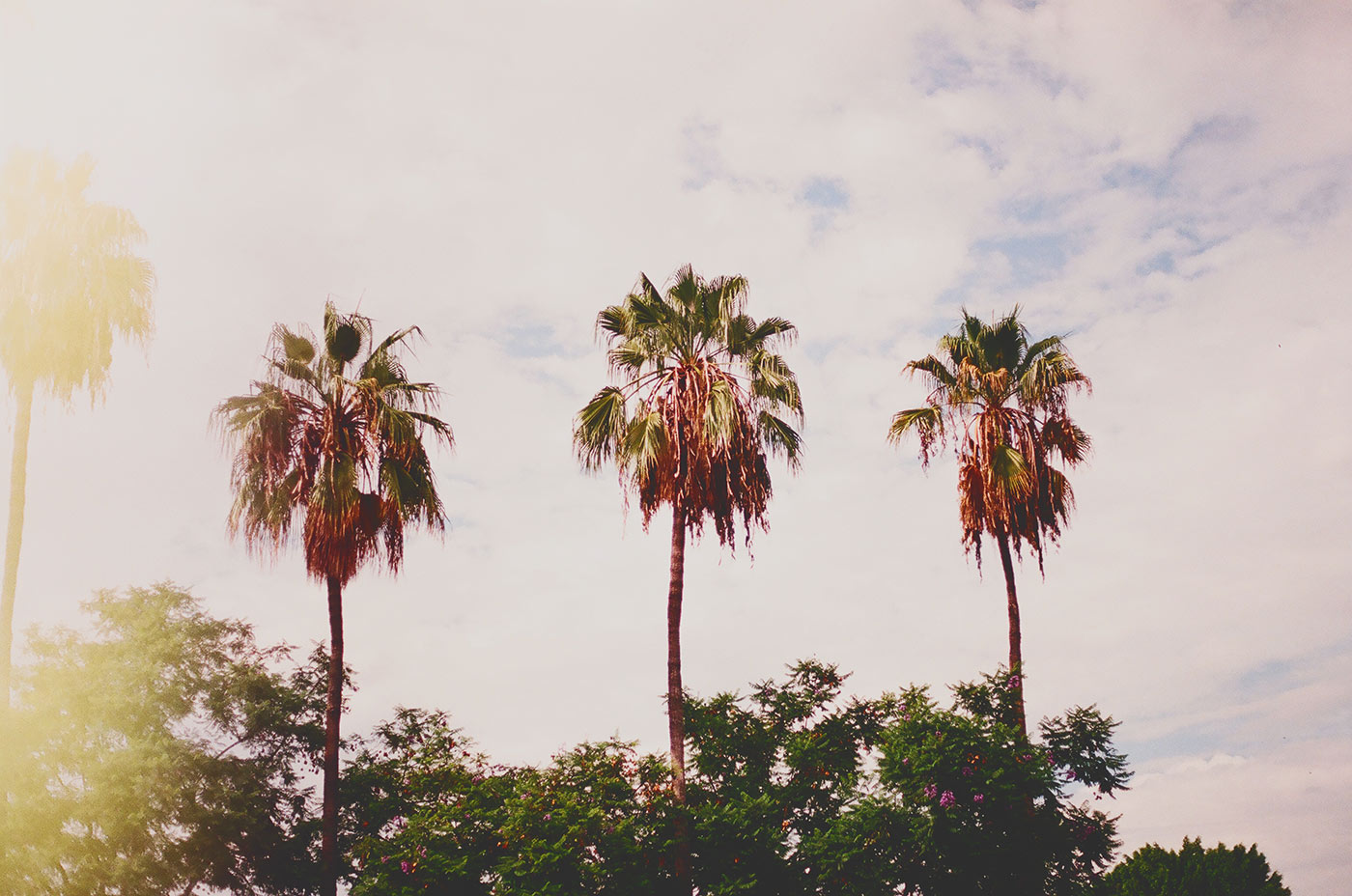 One morning I stole his hat and went out with Christina and Alie from Made U Look Photography to shoot some pictures. I’ve known them for years and they are my absolute favourite photographers. Christina and Alie shot my book cover and killed it — everything they shoot is magic, and I was so excited to see them again! 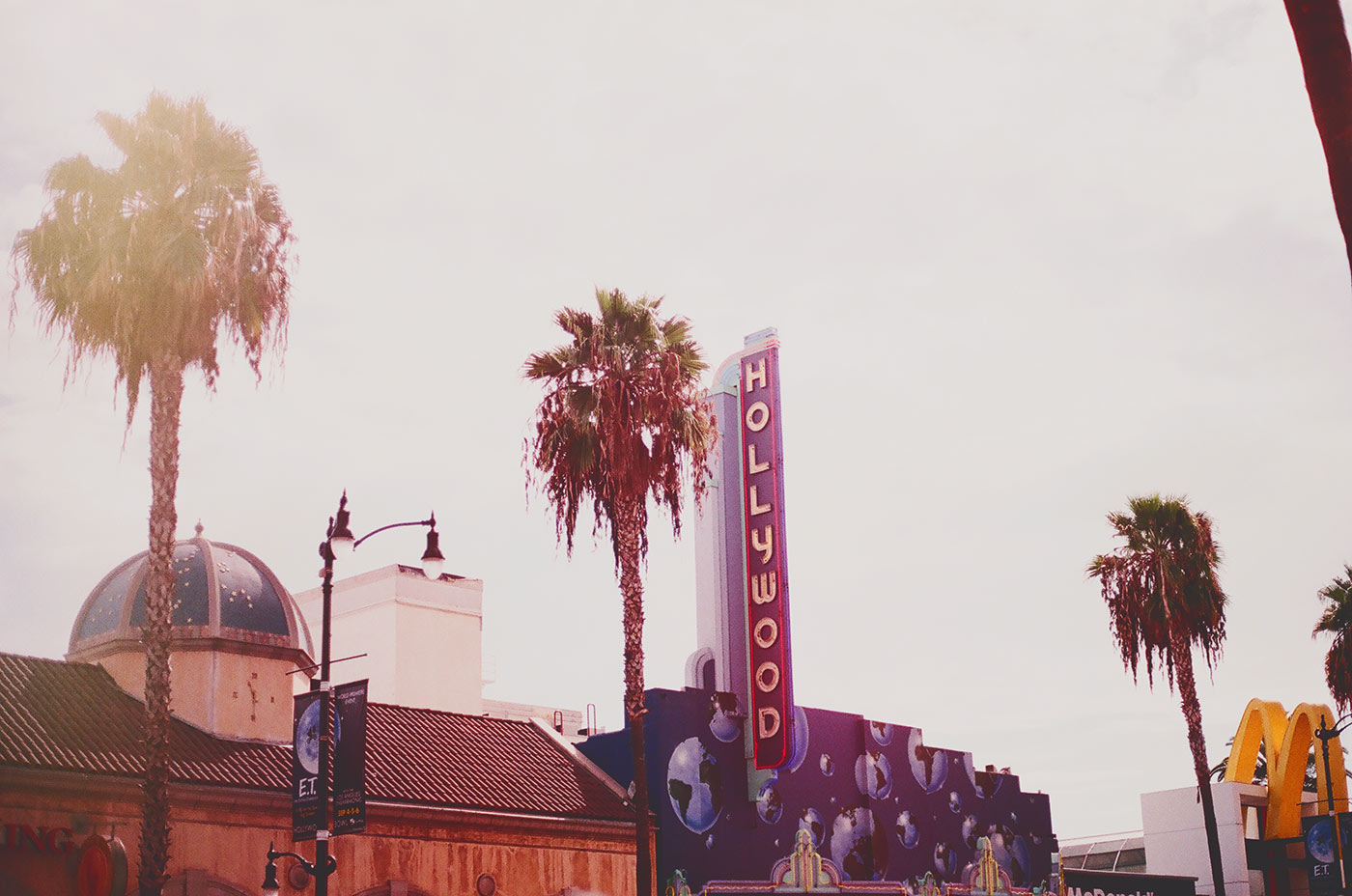 We started out on Hollywood Boulevard, the iconic street which is paved with stars devoted to the biggest and brightest in show business. Tourists kneel on the filthy pavement, weirdos in costume harass people for tips, and dozens of stores sell the same kitschy souvenirs. 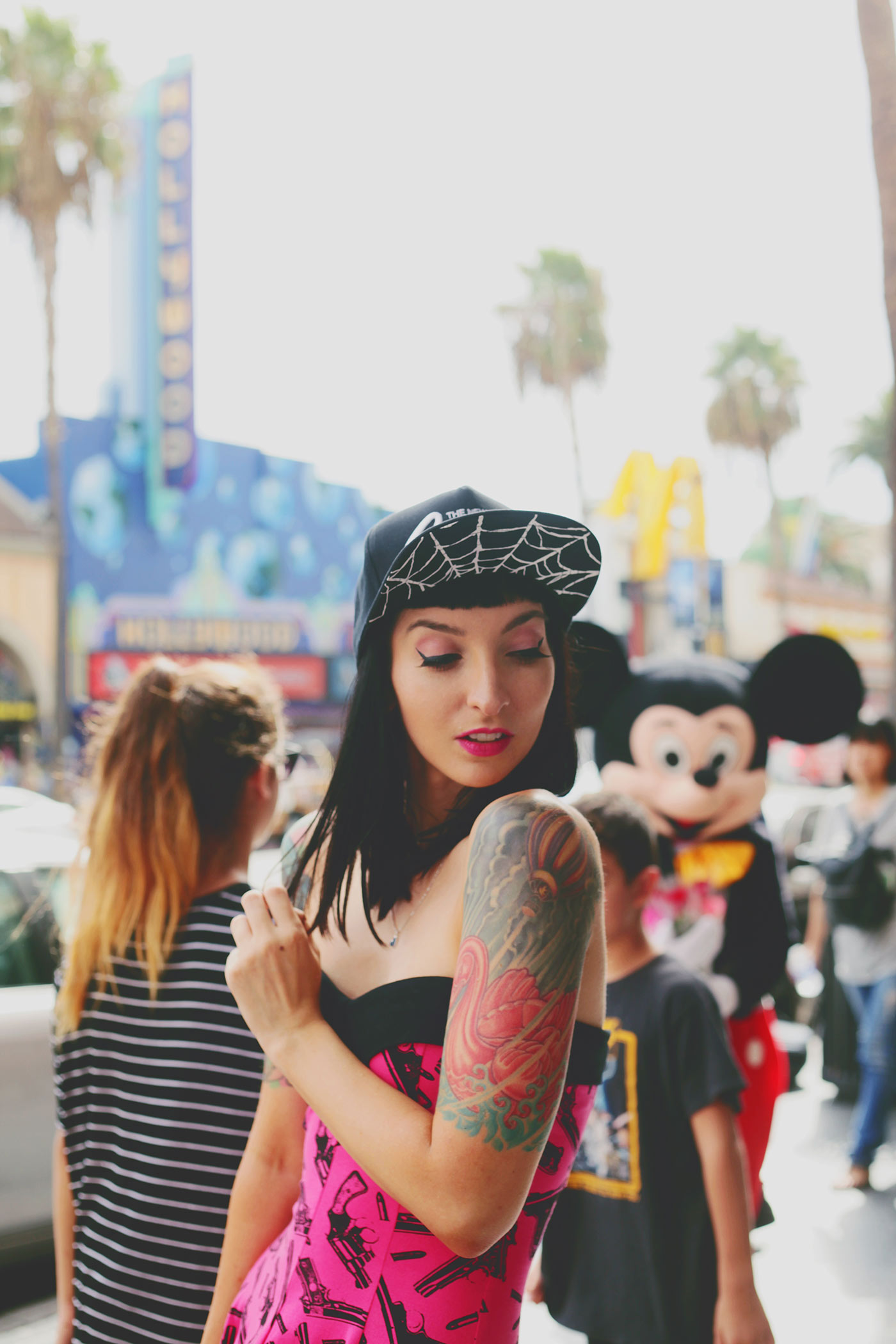 Oh, and if you’re lucky, you’ll get photobombed by Mickey Mouse. 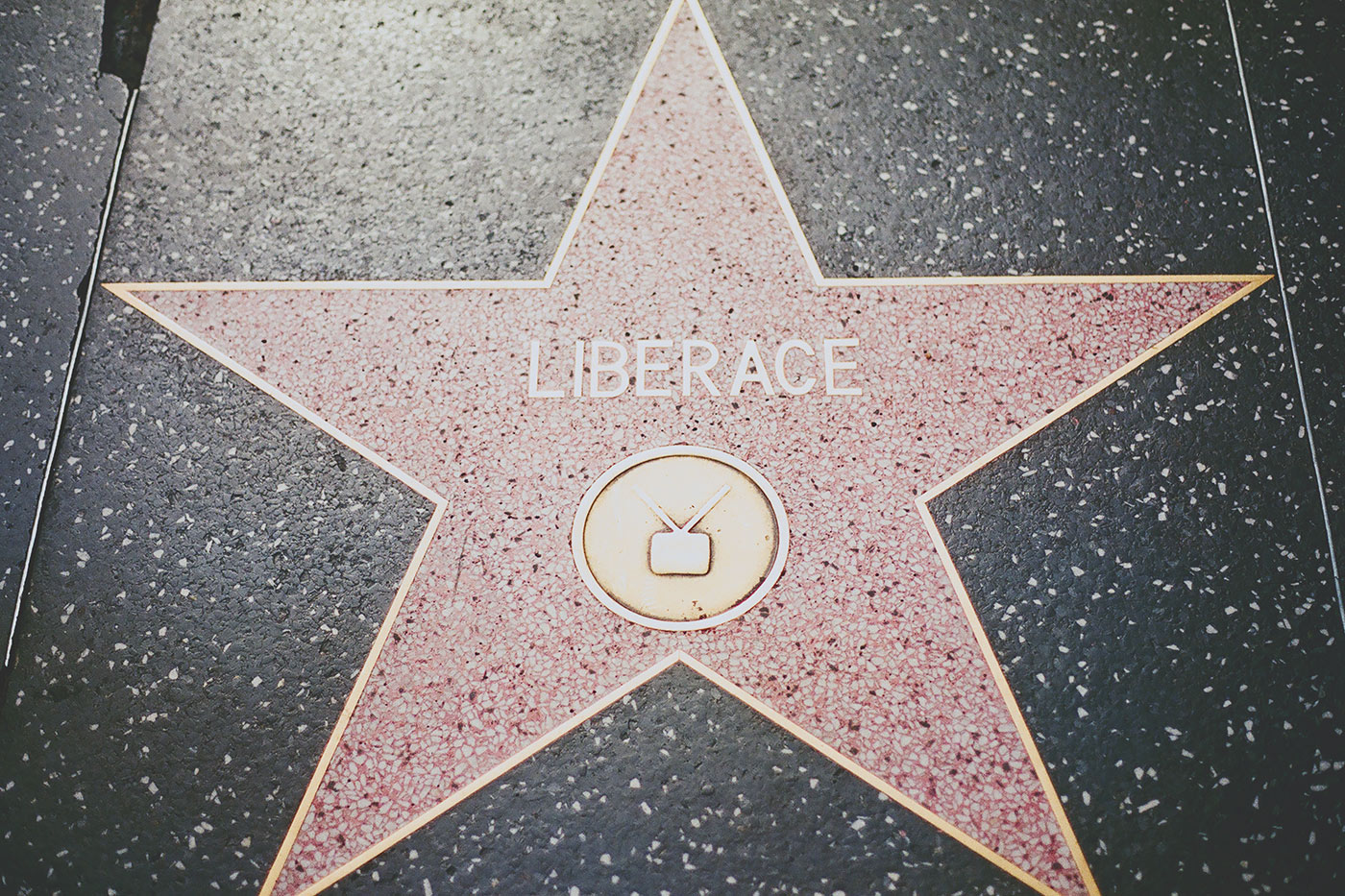 The only stars I got excited about were Walt Disney and Liberace. Pretty telling, really. 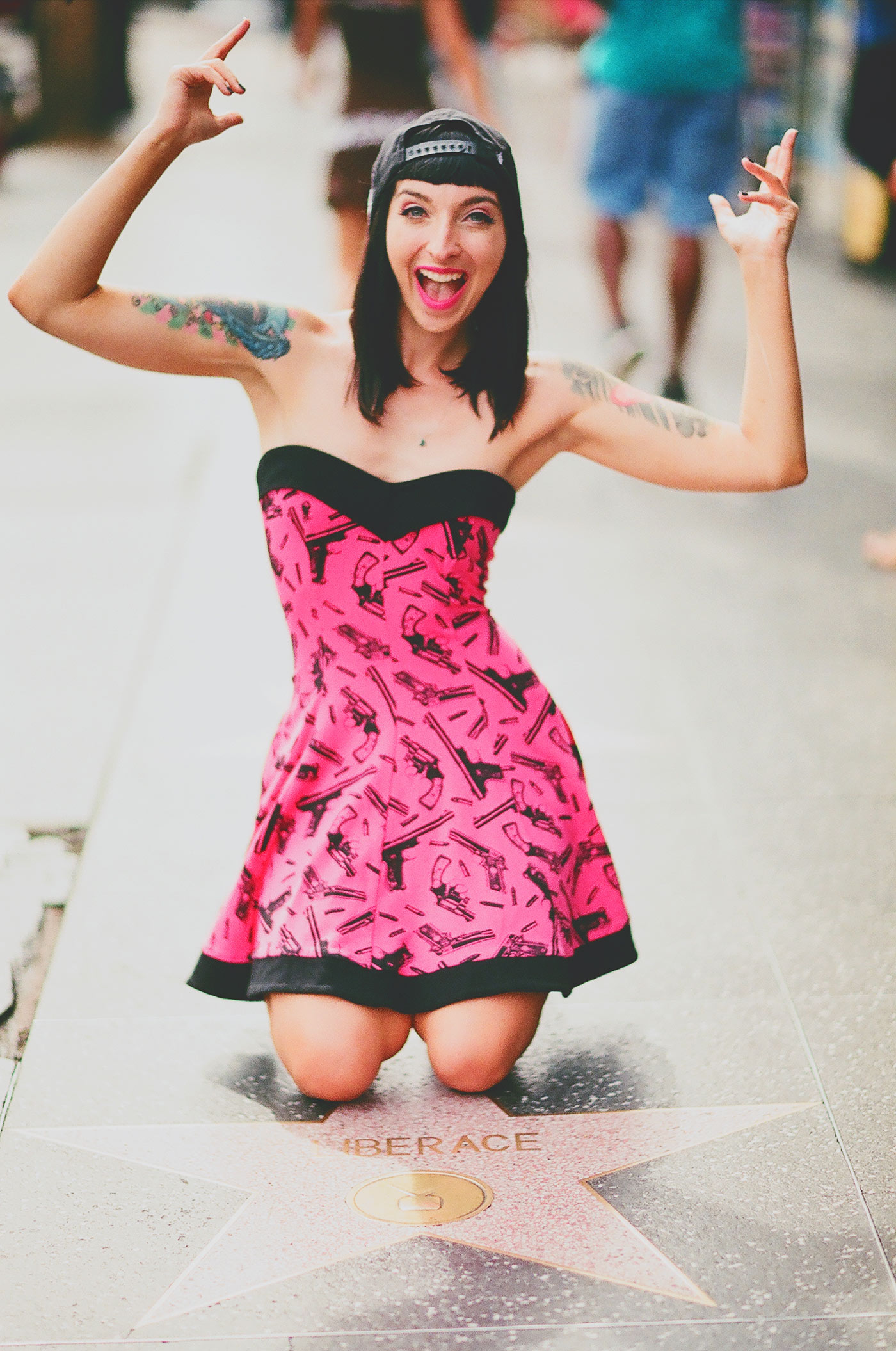 That is not forced enthusiasm. It is REAL! Liberace was insane, but he was a fucking boss. 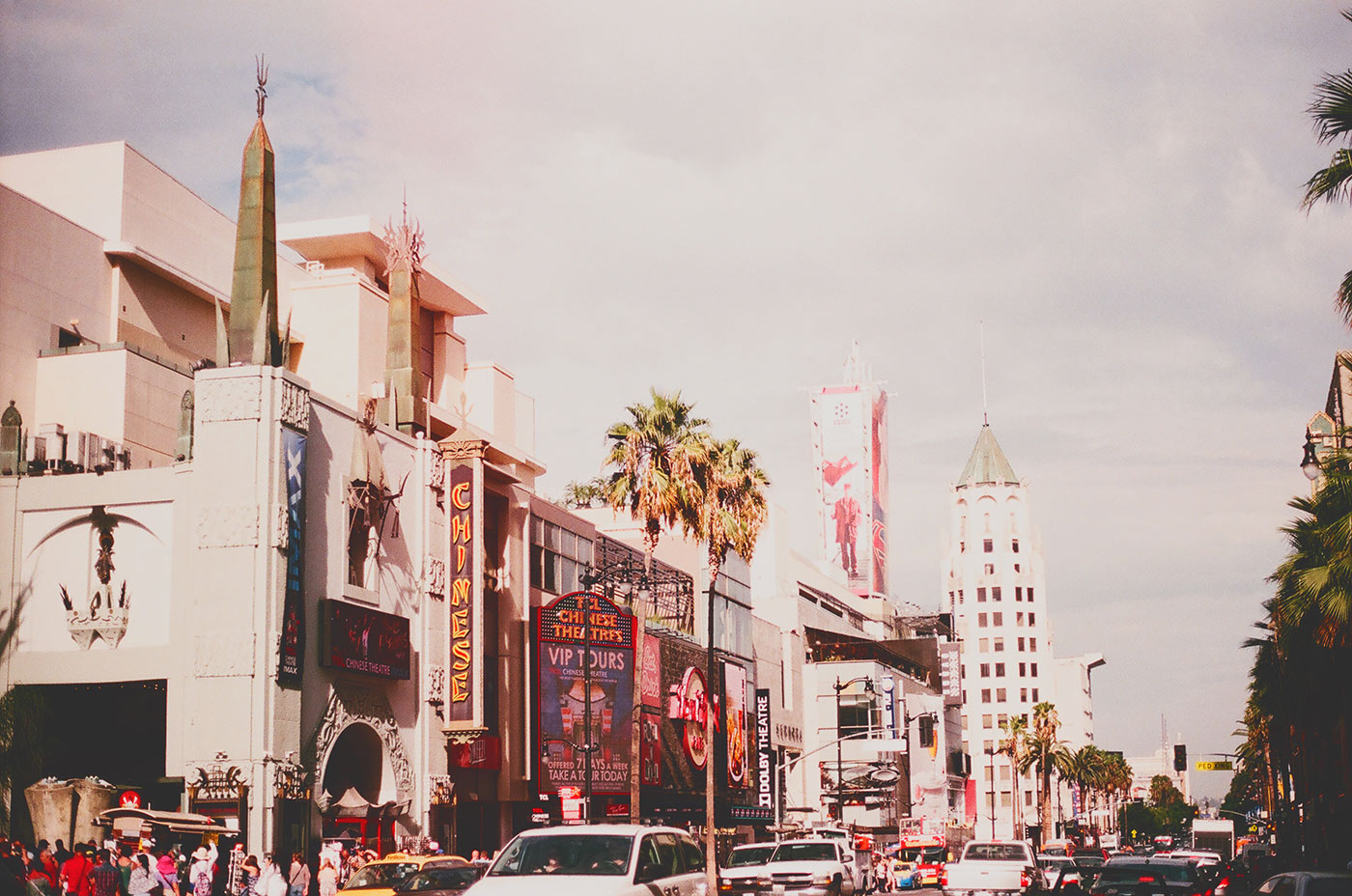 We walked back up Hollywood Blvd towards Grauman’s Chinese Theatre. 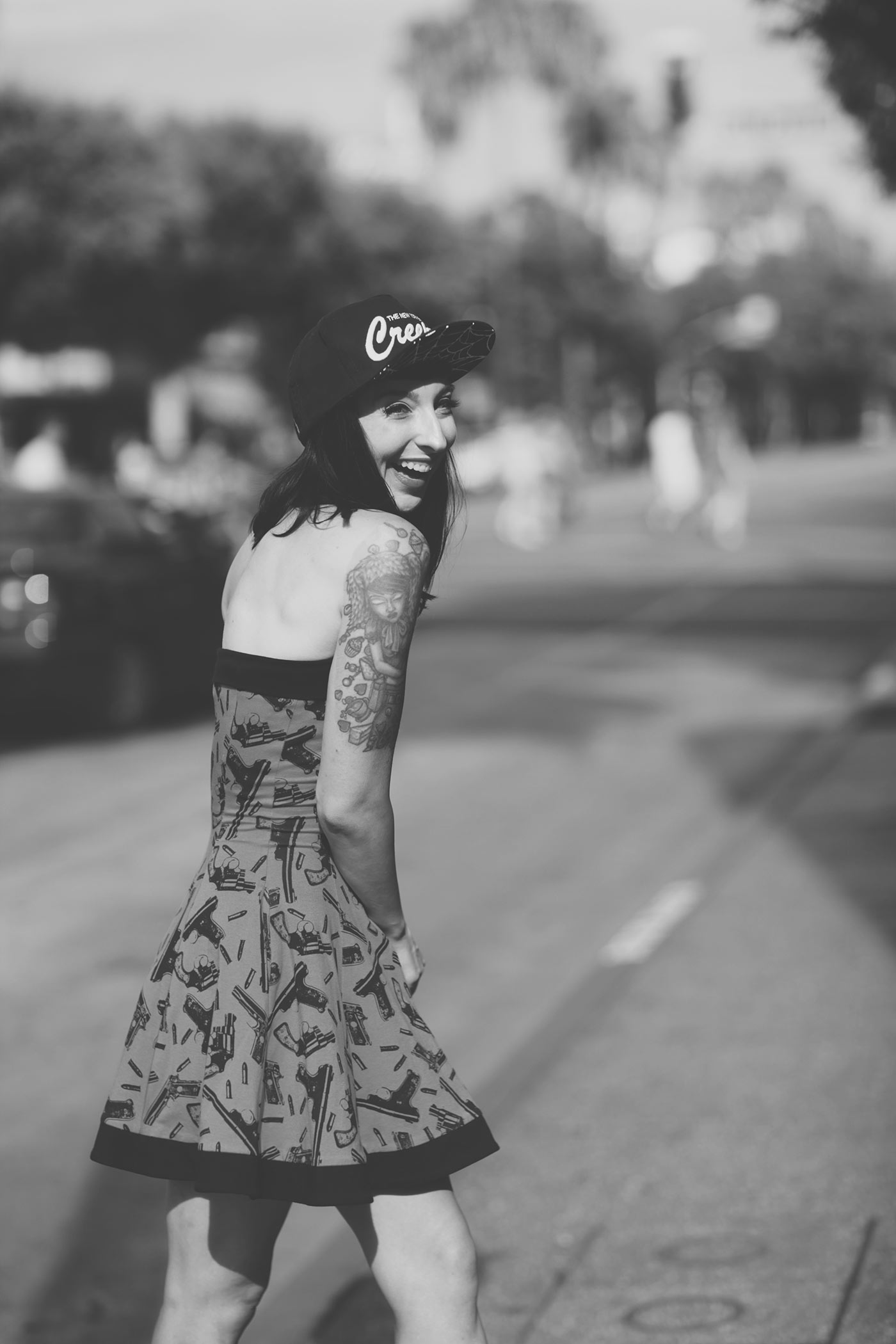 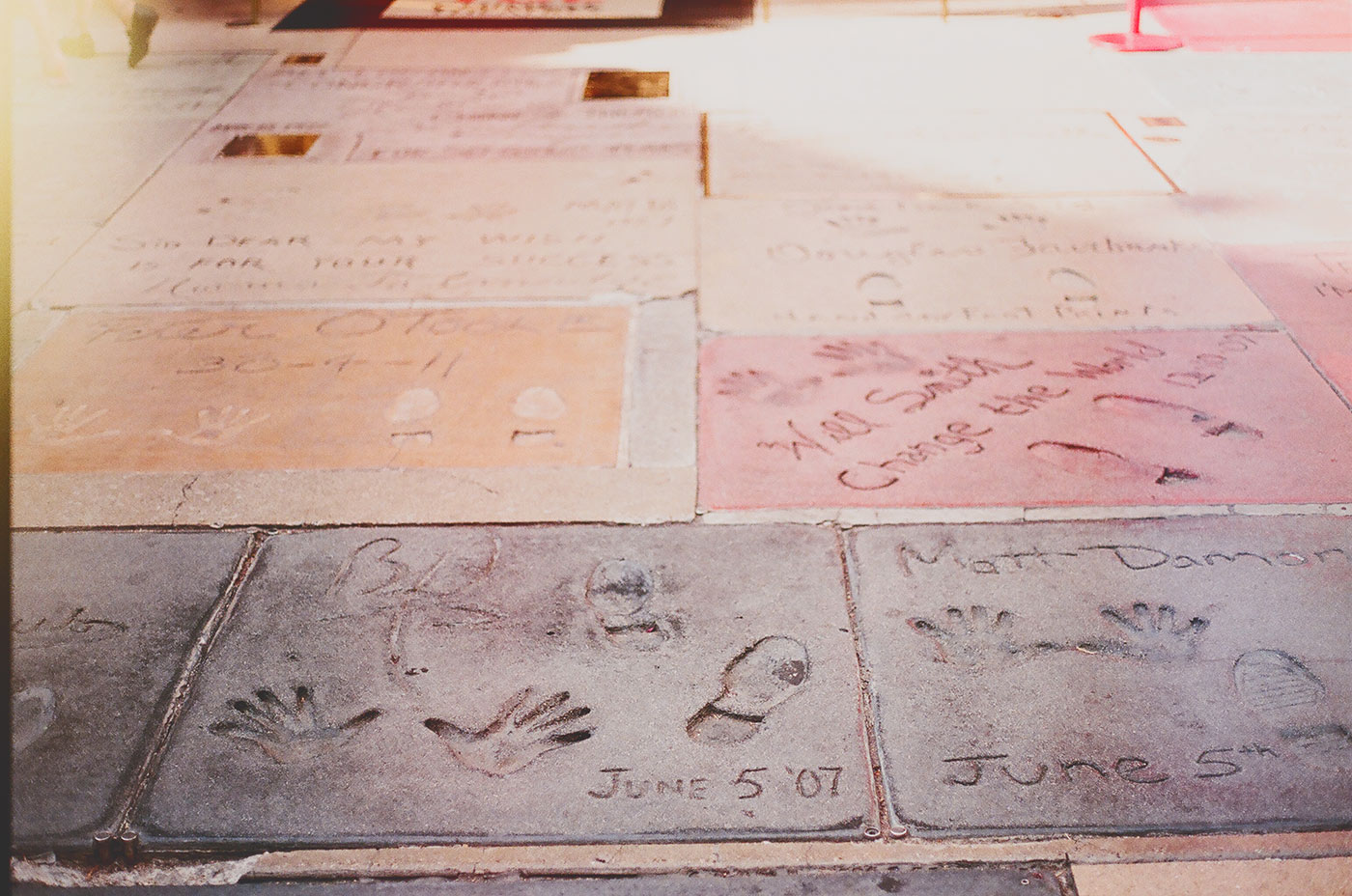 Outside the theatre, celebrities press their hands, feet, cigars (Groucho Marx), etc. into the concrete to leave their mark. Almost all of the women who’ve done it have had teeny-tiny hands. 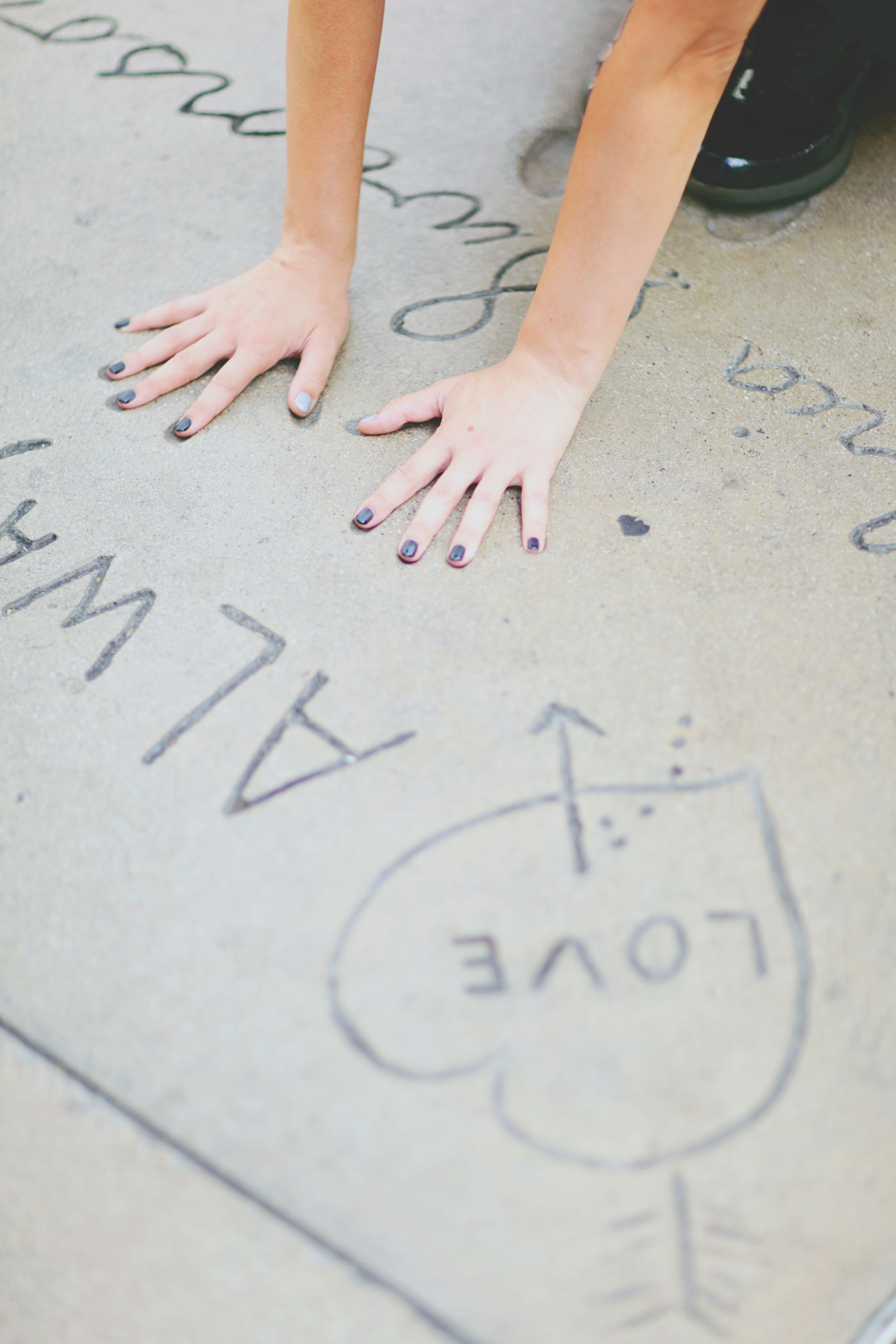 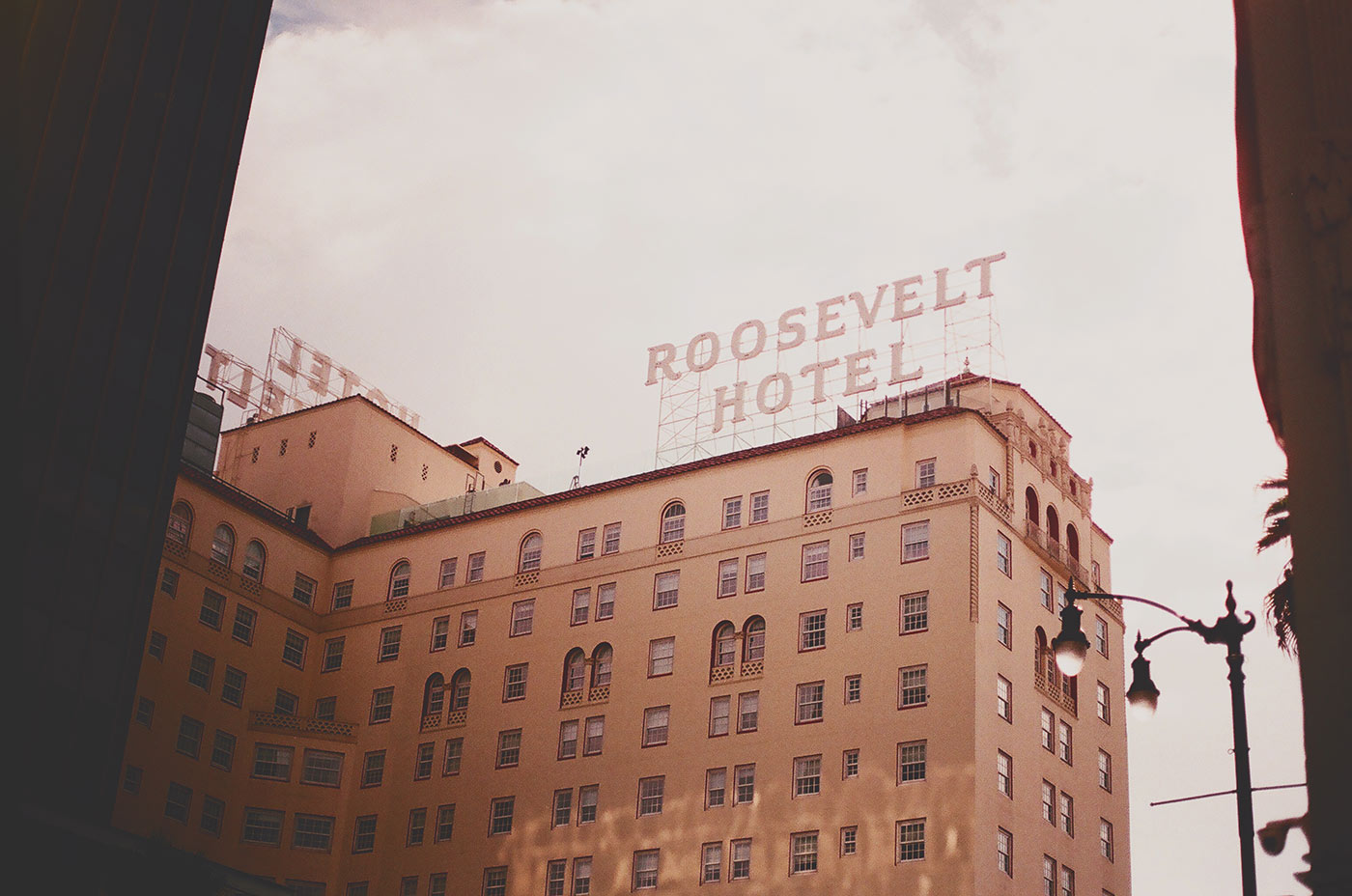 Diagonally opposite the Chinese Theatre is the Roosevelt Hotel which has so much history. Marilyn Monroe lived there for two years when her career was first taking off, and she had her first photoshoot there. The pool features a mural painted by David Hockney, and the hotel is (allegedly) super-haunted. Ooooooooooh la la. 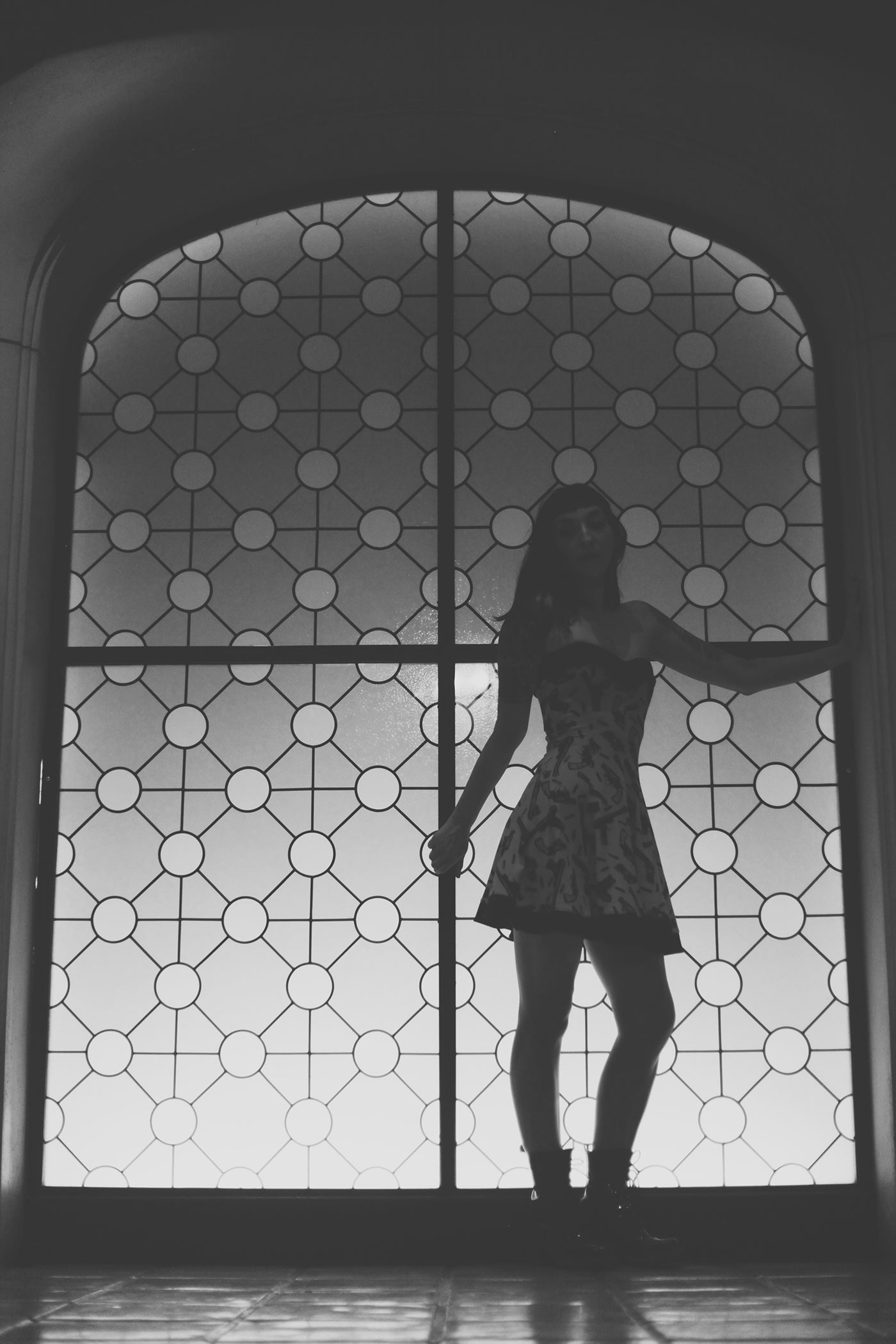 I love this stained glass window at the top of the stairs. 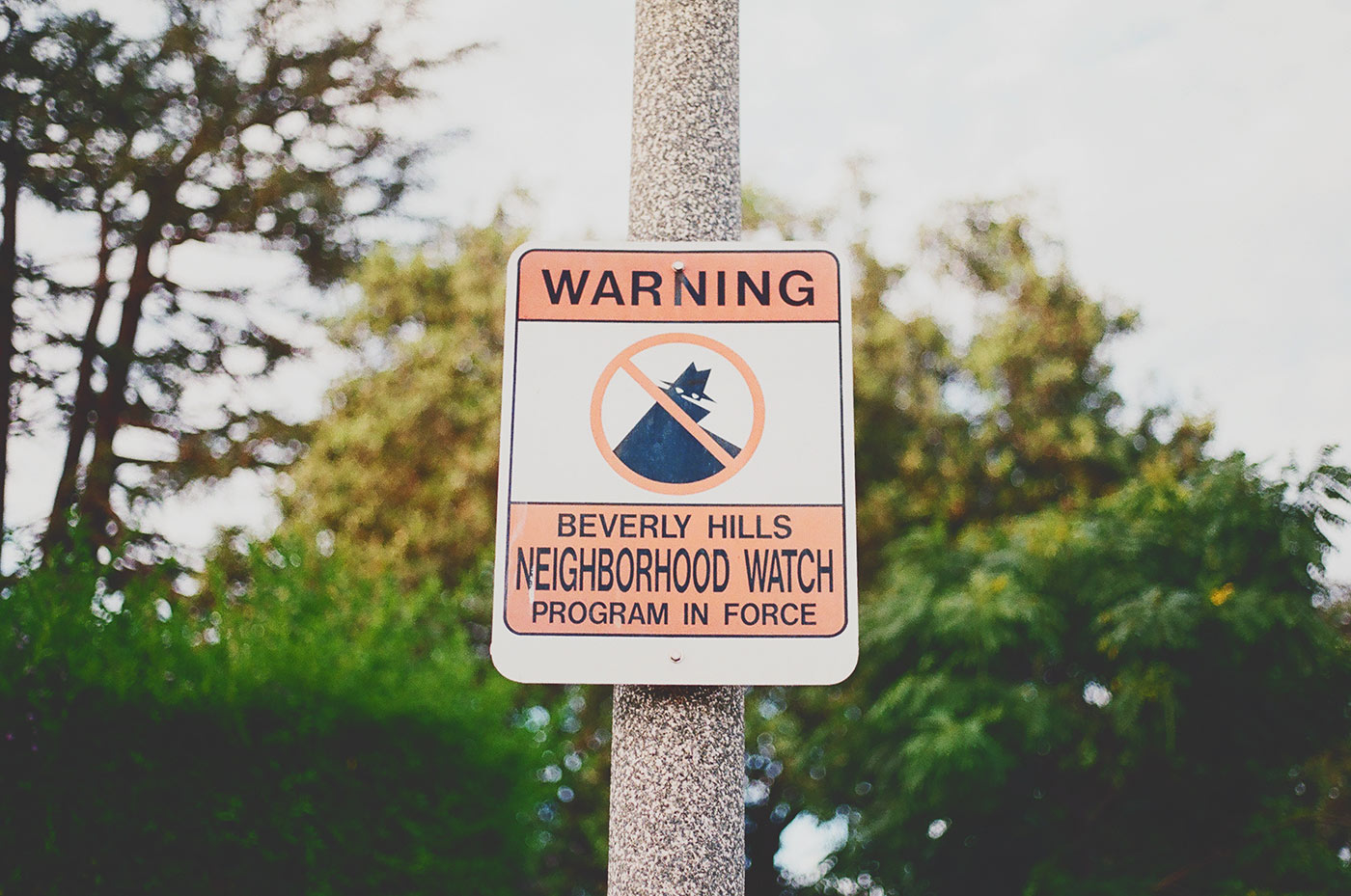 After our quick trip the Roosevelt Hotel, we jumped in Christina’s yellow Volkswagen and drove to Beverly Hills. Such a good sign… In my dreams, all burglars wear a trenchcoat with the collar flipped, an eye-mask, and an extremely conspicuous hat. 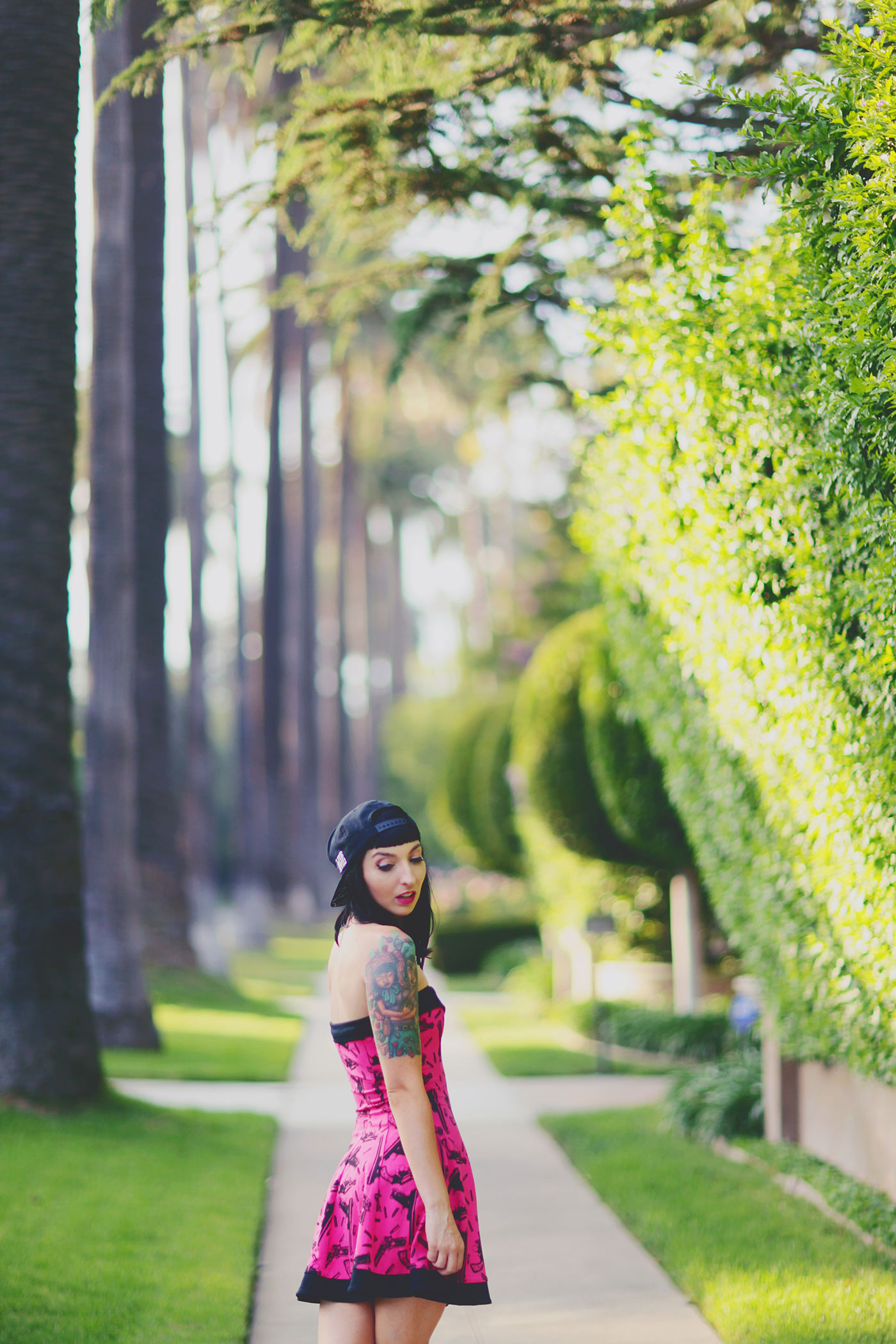 Beverly Hills is just as beautiful as you’d imagine. Lush manicured grass and greenery (even in the midst of the drought), palm trees as far as the eye can see, and ornate gates for days. 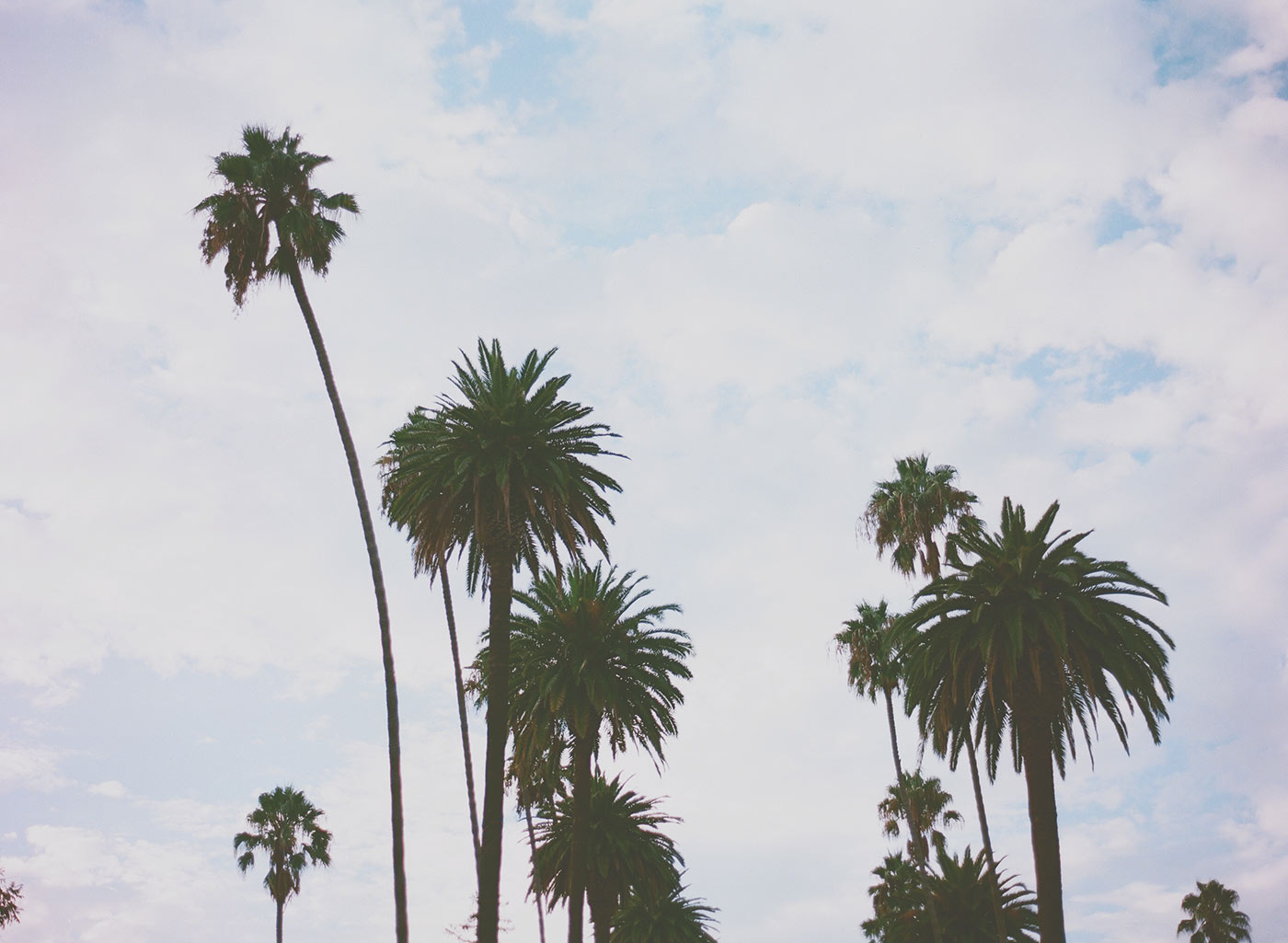 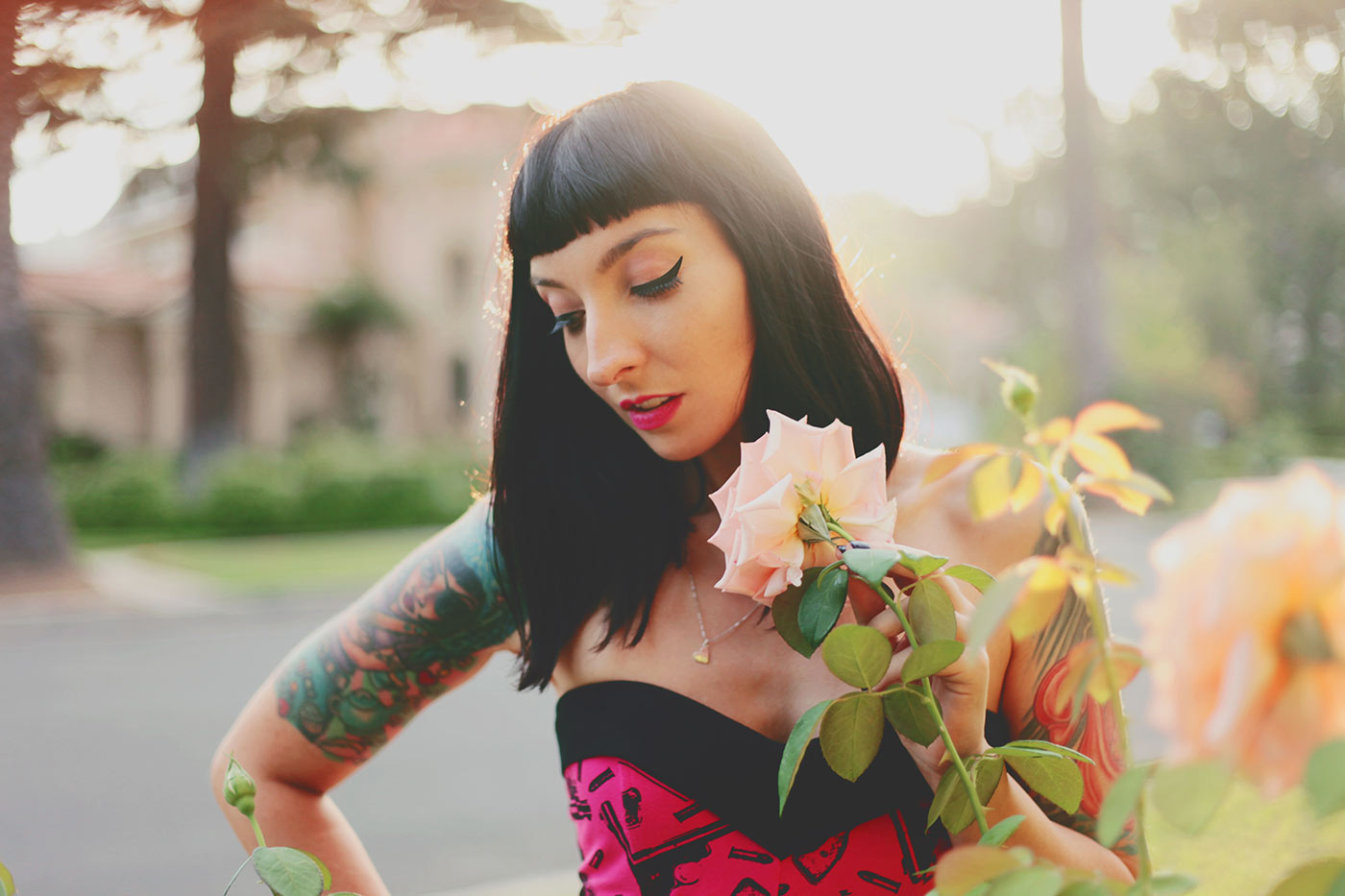 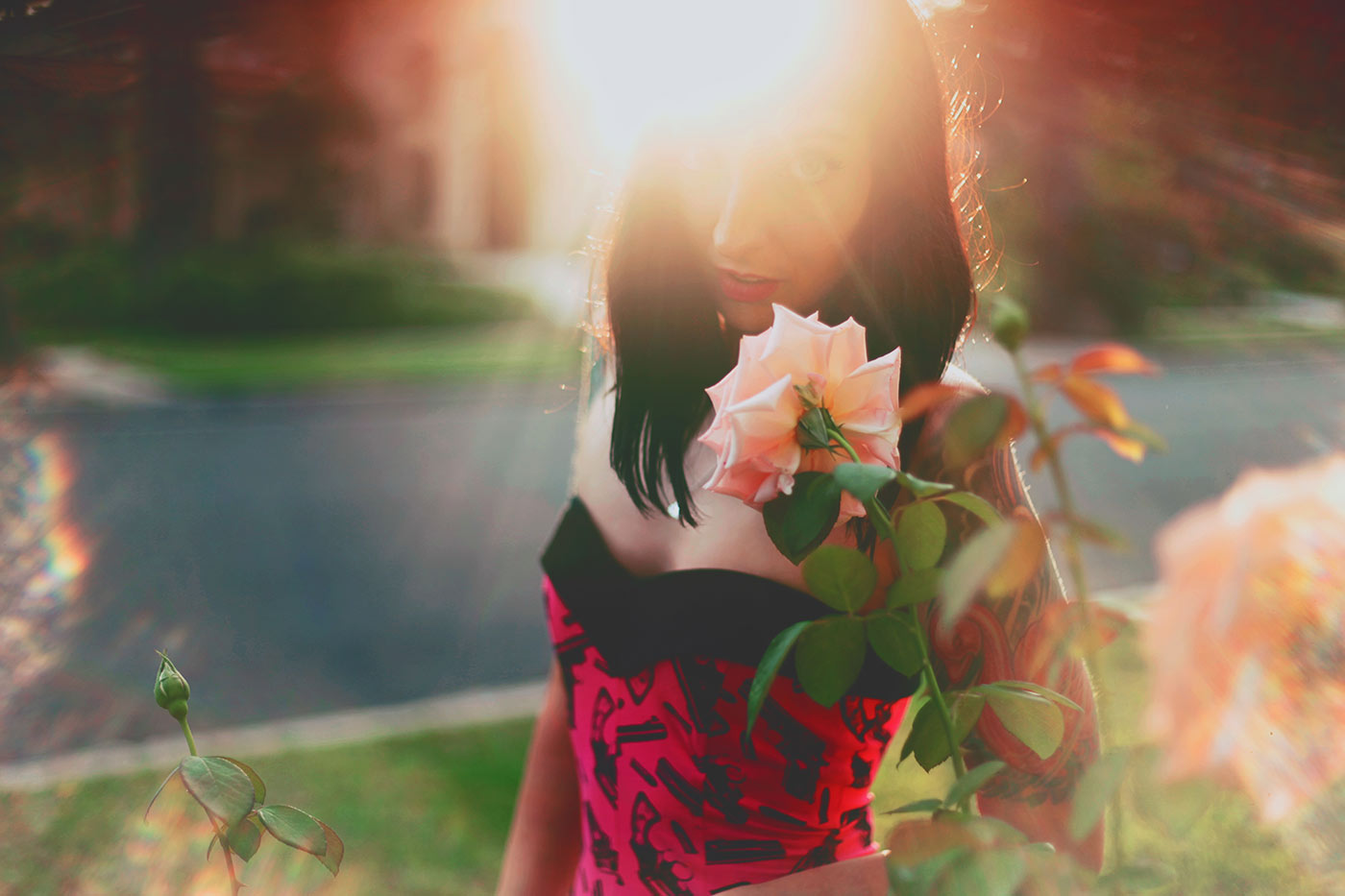 And impeccable roses which I couldn’t resist getting up close and personal with. (Flower pervert, all day, every day.) 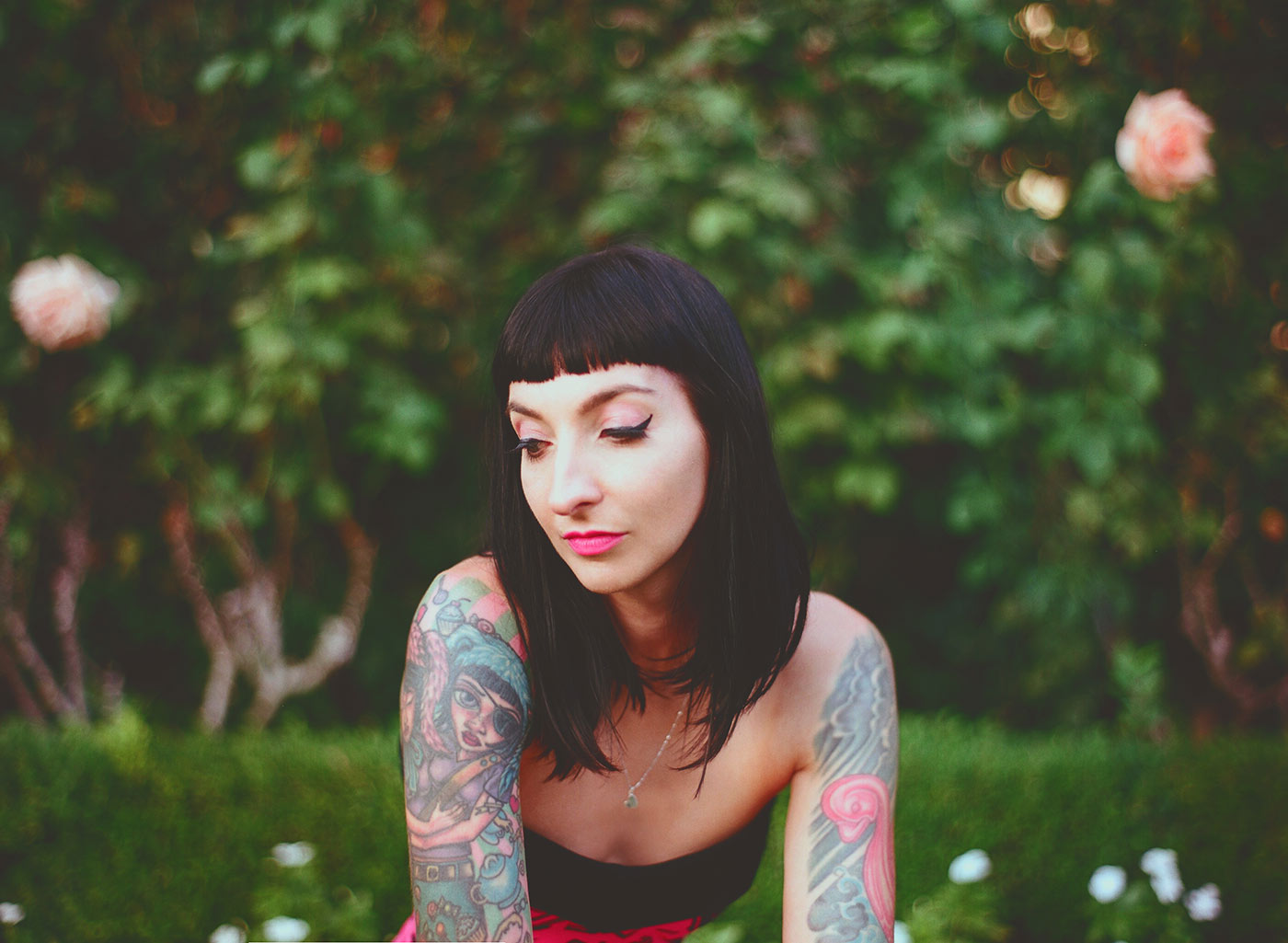 Just loungin’ on someone’s lawn like it’s my own. 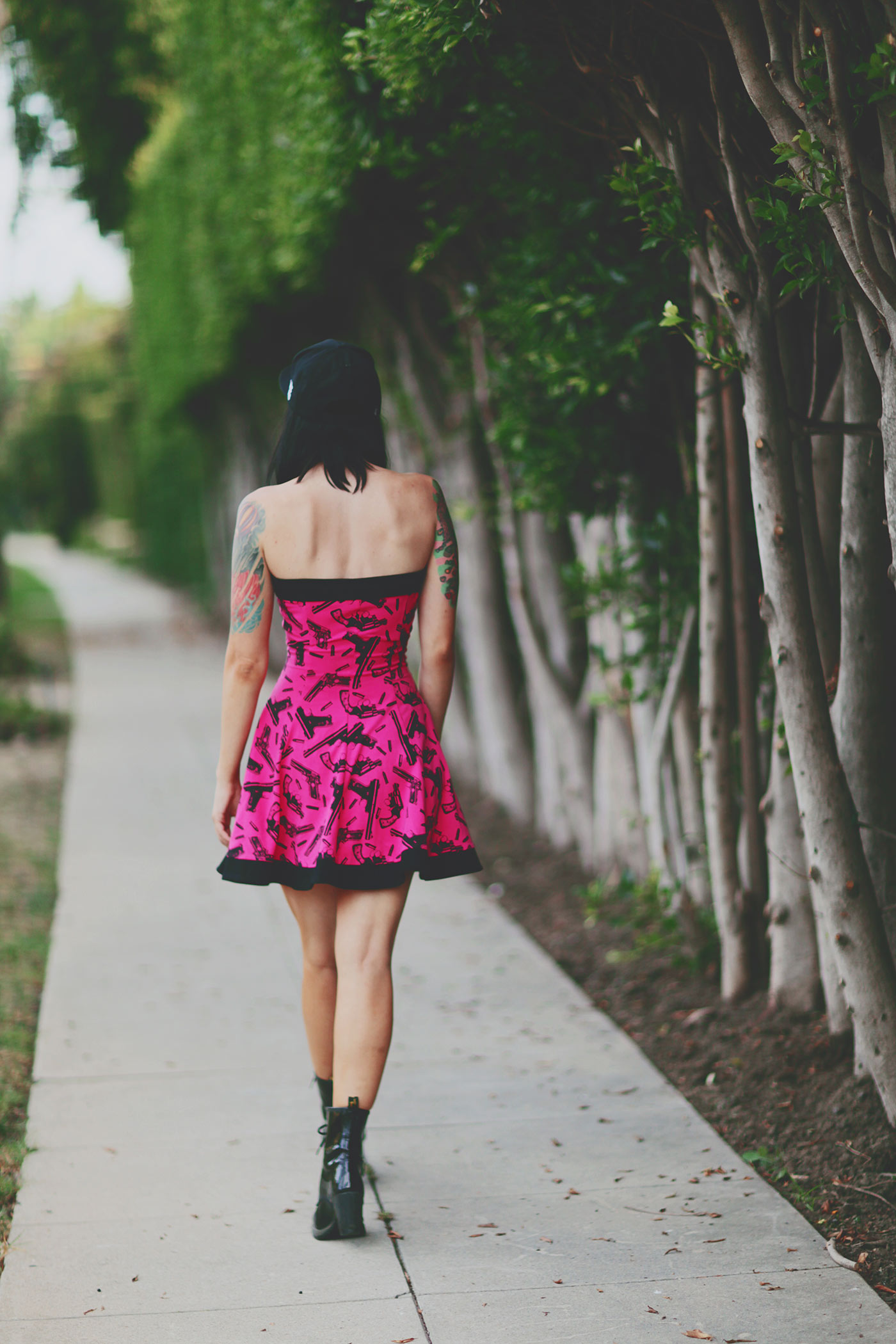 The moral of the story is this: take a chance and embrace adventure, and if a cute boy invites you on a cross-country trip, you should definitely say YES.

Quote in the title is by Kurt Vonnegut. Photos by Made U Look Photography. Dress by Betsey Johnson, hat by Creep Street, boots by Dr Martens, heart necklace from my upcoming collection!

« Carousel: Staying Creative, Being Thick And Fit, Non-Obvious Sex Tips… And More!
Is Netflix And Chill Really What You Want? »