What The Hell Do We Do Now?

It’s hard to know what to say. How did it all go so wrong? How can we be about to hand the reins of this country over to an orange sex pest? A man who mocks the disabled? A man who claims his accusers aren’t beautiful enough for him to sexually assault? A man for whom the KKK are about to throw a parade?

I woke up yesterday morning, lay in bed with my boyfriend, and cried. “How could half the country hate us so much?,” I asked through tears.

Make no mistake: the results of this election are extremely personal. This week, we have discovered — with indisputable proof — that middle America is terrified of change and progress. Half of the country is still living in the dark ages, quaking in their boots at the thought of giving equal rights to people of colour, scared of women having too much say or the right to their own body, threatened by anyone who is on the other side of the status quo.

The thing that frustrates me most is that 45% of white, college-educated women voted for Trump, a self-confessed sexual predator. What the fuck is going on? How can white women vote for a candidate that so vocally demeans and debases women? It’s simple: internalised misogyny is real. Women need to love themselves more than ever, because when we don’t, these are the choices we make.

Let’s get something clear. Loving yourself is not about living in a bubble and acting purely out of self-interest. Loving yourself extends to loving other people: showing them the respect and courtesy that you show yourself. It keeps expanding outward beautifully. When you love yourself, you can see yourself in the other person! You recognise that there is no separation. What affects you affects me, and vice versa.

But even as I write this, I know I am preaching to the converted. I’ll lose a few people, but mostly, you are smart, savvy, compassionate babes. You know what’s up. The real question is, how do we get through to the people who don’t understand these concepts yet? How do we get them to care about people who don’t look or dress or talk like them? How do we help them see their own value? How do we teach them to treat themselves with respect?

As people who believe in love, justice, and truth, we are responsible for helping to educate the people who are still living in the dark ages — whether we like it or not.

The fear we’re feeling is not overblown. The predictions of what might happen to this country are not hyperbole. I wish they were, but they aren’t. Here are some examples of the ways in which truly repugnant people now feel empowered to behave. And here’s a little sample of what we could lose now that this bozo has been elected President. 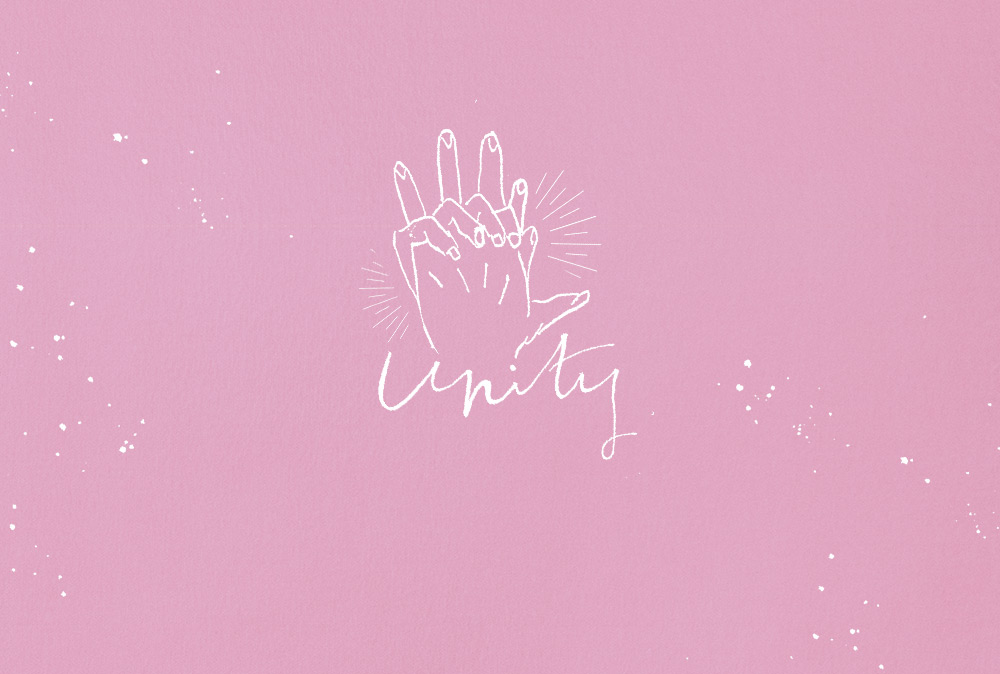 I know how dire it looks. But… I still believe in the good of people. Remember, Hillary won the popular vote! The country was flooded with protest marches last night. We still love each other. We still know what is right. We’re not despairing alone: every other intelligent and compassionate person in the country is in the same boat.

I hope against hope that, once in office, Trump will soften on his hateful rhetoric. That he will make kind choices. That he will recognise his awesome responsibility and do the right thing. Most of his party thinks he’s an incompetent moron: maybe they’ll block him the whole way.

I’m an optimist, I know. Perhaps absurdly so. But even though I’m hopeful, I also know that nothing is guaranteed. So we have to be ready.

Men, sane white people—you are needed for this revolution! We cannot preserve progress without people of privilege taking up the fight. And sometimes, friends, it IS spiritual to fight! We were born with voices, backbones and intuitions. They are meant to be used.

I’m not going to tell you to meditate through this. That might help your peace of mind, but it won’t help anything else. It is spiritual to fight! Prayer is not going to change the world. Ain’t no crystal gonna save us now. Sure, pray and charge your crystals if it makes you feel better, but don’t forget to pair it with action!

If you’ve ever thought about getting involved in politics, this is your time! We need you! Things only change when we get involved at a local level. When we speak up and then follow it with ACTION.

Do you remember when Bush was up for re-election, and how many people insisted they’d move to Canada if he won? People have been saying the same thing about a Trump presidency. And that is certainly an option. Canada is lovely — who could blame you? But what we really need is for people to stay here and fight. We need bodies, and smart people leading the way.

We’ve all been watching the #blacklivesmatter movement for the past three years and wringing our hands as innocent black people die at the hands of police. Well, guess what? Now we’re all under attack. It looks like abortions may become inaccessible (and that women might be “punished” for getting them). It seems like gay marriage may be overturned. Let’s not even get into the millions of immigrants who are now afraid of how much longer they will be welcome in this country that they love and have contributed to.

This is OUR fight now. We have to stand shoulder-to-shoulder! We cannot simply abandon each other because we have the privilege of doing so. We cannot turn a blind eye and allow injustices to occur. It is unconscionable. What will you tell your children when they ask you what you did to help?

Even if Hillary — or, can you imagine, BERNIE! — had won, that wouldn’t mean we get to just kick back on a lily-pad and braid each others’ hair. A country is great because of its PEOPLE. We have to be involved, no matter what.

So, what can you do?

Take responsibility. I can own where I haven’t done or said enough. Where I haven’t made my views clear. Where I have tolerated misogyny or subtle racism or xenophobia. I claim it. I need to do better, and I will. We could ALL be doing more. You know it, and I know it too.

As tempting as it is to unfriend every Trump supporter you’ve ever known — including your family — don’t. Instead, talk to them. Listen to them and try to have compassion. Engage them in a dialogue. People don’t know what they don’t know! Give them facts and help them understand things from your point of view. My greatest hope is that these people are not hateful: just misinformed.

Next? STOP WAITING for people to tell you what to do. It is no one’s responsibility but our own. TAKE INITIATIVE! When you see something happening that you know is wrong, SPEAK UP! Stop waiting to be organised by other people. Take an active role in making this country a better place. Do what you gotta do. It’s hard work being a leader, but someone has to do it!

Then… Donate to Planned Parenthood. (That was the first thing I did yesterday morning.) Donate to these organisations too, or volunteer if you can’t afford to donate. Get Bullish has a great list of organisations to support, too. Shop at your local immigrant-owned businesses. Text your POC, female, queer, immigrant, Muslim friends and let them know you have their back ALWAYS. Set your New Balance sneakers on fire (sounds like fun). And uh, stop buying People magazine, though honestly, tabloids have been gross long before this.

Stay informed. My friend Colin wrote about 10 things he’s doing to cope, and Sarah’s piece on what we can do now is a must-read. Read Aaron Sorkin’s letter to his daugher. Read Michael Moore’s morning after to-do list. Read the Oh Shit! What Do I Do Before January? list.

And stop hiding your beliefs under a bushel because you don’t want to make other people uncomfortable. The days of it being “impolite” to talk about politics are LONG OVER. In fact, when we decline to talk about difficult issues, we can guarantee that nothing will ever get solved. BE REAL about who you are and what you believe. Have the fucking courage to stand up for what you think is right. If you won’t do it, you can’t expect anyone else to.

It is no longer enough to be sad and feel helpless. We are never helpless. We are massively powerful, especially when we work together. It is time for us to really take a stand, and put ourselves on the line. It ain’t over ’til it’s over.

One thing’s for sure: if you try to grab this pussy, it’ll bite your fucking hand off.

« Carousel: The Real Jessica Rabbit, David Copperfield’s Magical Homes, And Looking For Love As A Full-Time Job
Send Radical Self Love Stickers To Your Best Friends! »