What’s Your Life Purpose? Discover Your South/North Nodes And Find Out! 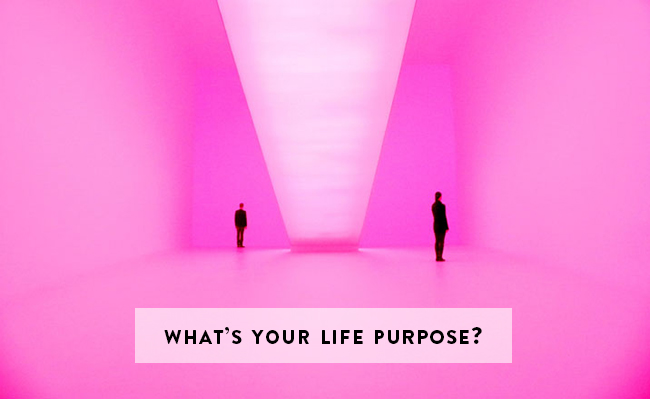 Discovering why we’re on the planet is a big question, and one that plagues all of us. What are we really supposed to be doing with our lives? Where should we put our energy and attention? Should we focus on the things that are easy and come naturally, or should we concentrate on something more demanding?

The good news is that this year, I discovered one really easy way to get a little closer to living your purpose, and it all comes down to astrology!

You might remember that in April, I headed to Tulum with the AstroTwins. A week spent with the sand between my toes, learning about astrology with an absolutely incredible group of women was exactly what the doctor ordered.

We learned so much in our lessons, and the whole week was a refreshing and fun insight into what made us all tick. But one segment really stood out to me, and that was learning about the South and North nodes. The nodes are your destiny points, and they show you what comes naturally, and what you should put more effort into.

The nodes are really easy to study: you don’t even need to know your birth-time! The nodes change signs every 18 months, so everyone born within a year and a half period is here to learn similar lessons around a specific theme.

So, what are the nodes all about, and how does it relate to your life purpose? Sometimes we look at the things that come easily or naturally to us and think that this is what we should be doing with our lives, but often, that doesn’t feel very satisfying. We want a bigger challenge, something to sink our teeth into, and that’s what the nodes show us.

As the AstroTwins say,

“The North Node is the exact opposite zodiac sign of the South Node. It illuminates the terrain that’s calling your name, but climbing to the peak of this mountain is like trekking up Mt. Everest. You’ll have to lighten up your baggage and enlist a proverbial Sherpa to get you up that hill. It’s your learning curve. North Node activities require you to stretch out of your comfort zone. Once you do, you’ll be amazed by how fulfilled you feel. It’s like the activation of your life’s mission. The sooner you align yourself with this path, the more purpose-driven your life will become. However, you will often return to your South Node as that “ace in the hole”—kind of like returning home to your roots, even after you’ve made your way in the world.”

Once you discover your South and North nodes, you’ll see via the handy chart below what to release (or let go of) and what to embrace in order to make the most of your natural predilections. The things to release are your “home zone” — the things that come easily and naturally to you, but may not be particularly satisfying. The things to embrace are modes of being that are more challenging to adopt, but are extremely rewarding.

MEANINGS AND PATHS OF THE NORTH AND SOUTH NODES

What are your South and North nodes? I’d love to hear!

If you’d like to learn more about the nodes and how you can use them to decode your life, join Ophira of the AstroTwins for the Decode Your Destiny webinar! It happens September 28th from 7pm EST. Enter the code galadarling for 10% off! Click for more details!

Speaking of which, next year’s retreat in Tulum is filling up! Get the details here, and I’d love to see you on the beach!

All information from the AstroTwins, used with permission. Art installations by James Turrell.