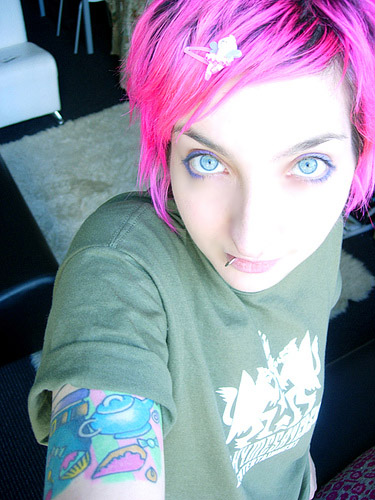 I talk about Atmosphere a lot on iCiNG, & I thought maybe it was time to help you all understand precisely why they are my favourite group on the entire planet. There are a bunch of reasons, some of which can be explained. The rest of it is all about the music, so I’ve thrown in videos of some of my favourite tracks.

Atmosphere are a hip hop group from Minnesota. The members of Atmosphere are Slug (Sean Daley) & Ant (Anthony Davis). Sean is the MC while Ant does the beats, & Sean is known as a bit of a crush object. In fact, to help promote the release of their latest album, When Life Gives You Lemons You Paint That Shit Gold, Slug & Ant did a series of videos on Youtube where they would answer questions sent in by fans. Here’s one I sent him.

“As I was watching your last video, where you mentioned your pot belly, it occurred to me — what do you think you would have to do in order to lose your fan-girls & “oh my god cutest guy in hip hop ever” status? Or have you tried already but to no avail?”

“why do you think i’ve been growing my hair and this shit on my face? trying to scare away the ones who dote on that shit. thanks for asking. s”

Not that it has worked or anything, I still adore him.

I was introduced to Atmosphere in probably 2004 or 2005 by my friend Timmy Crunk. He used to come to my place all the time, & we would drink & I would chain-smoke & he would play me songs. It’s a time I look back on very fondly, & Atmosphere has been a constant in my life ever since.

Okay, here we go. 10 reasons why I love Atmosphere — & you should too! 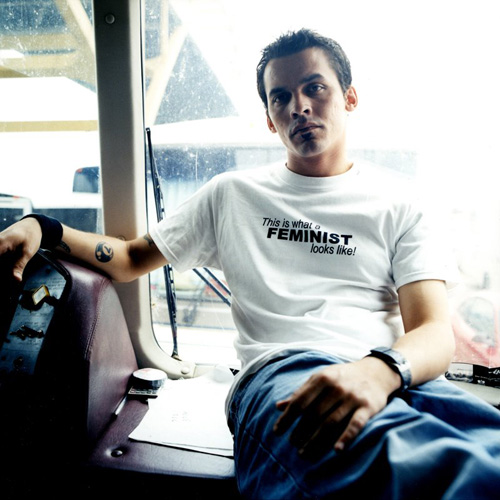 Slug talking about his writing process.

It’s really interesting to hear about his writing progression, what he values, staying true to who he is & being relevant. Plus he mentions Bikini Kill. Props!

“Man, if you’re going to take four minutes of my time, I want you to communicate something to me.”

6. The lyrics continue to entertain, delight & confront me, even years after first hearing some of the songs. Sean is intelligent & not afraid of his own mind, so he often takes tracks to places that ordinary rappers wouldn’t. A few years ago, mainstream music media was fond of labelling Atmosphere “emo hip hop”, which kind of pissed Sean off. But really, I think the reason for that tag is just because people are unaccustomed to a guy rapping about anything real. Sean’s lyrics run the gamut from his relationships with his son & father through to issues with society, the difficulties he has relating to women & life on the road. I’m not adverse to a bit of bullshit, which is why I love Jay-Z, but it’s refreshing & wonderful to hear a guy tell it like it is so shamelessly.

The Woman With The Tattooed Hands

2. Sean’s favourite books are Factotum & Women by Charles Bukowski. Anyone who loves Bukowski is alright by me.

What’s your favourite band, & why do you love them so much?