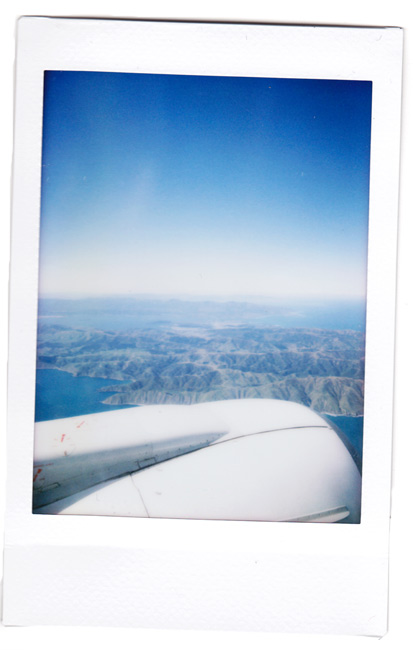 One morning, I received a fabulous email. It was from Tourism New Zealand, asking if I wanted to go on an all expenses paid trip back to my home country. Who could say no to that?! I excitedly accepted, & before long, I was settling into one of Air New Zealand’s Premium Economy seats.

Perhaps it’s no surprise, but it turns out that living somewhere & being a tourist are completely different experiences. When I lived in Wellington, & later in Auckland, I lead an everyday existence — but my trip around New Zealand gave me an entirely new perspective on the beautiful country I call home. 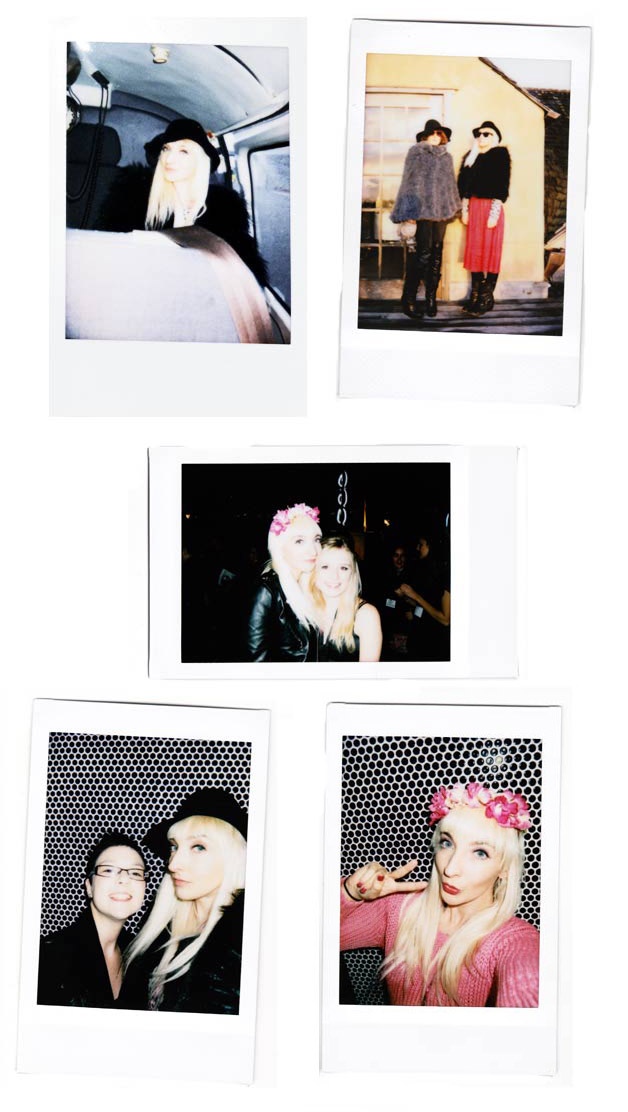 I arrived in Auckland first thing in the morning. I flew over in Air New Zealand’s Premium Economy class, which was pretty sublime. The truth is that ANY 13 hour flight is going to be hard on the body, but Premium Economy — with its oversized seats & great food — was a total treat. I’ll never be able to fly long-haul economy again! (I definitely have my eyes on Business Premier for next time… Mmmm, reclining beds!)

It was still dark outside when the plane pulled into Auckland International Airport, & we drove through the dark to my hotel for the next three days. I stayed at Hotel DeBrett, a slice of art deco chic in the centre of the city. Really, it was the perfect location, & since it also happened to be about a 3 minute walk from my old apartment, I knew the area like the back of my hand, & was excited to check out all my old favourite haunts. Rakinos? Check. Raw Power? Check. Tanuki’s Cave? Check! K Road? Check! Awesome tiny sushi place on Queen Street? Check!

Once I had my bags unpacked, I was struck with that wide-awake-but-totally-off-kilter feeling that often kicks in when you’ve just arrived on the other side of the planet! Thankfully, Tourism New Zealand had anticipated this, &, bless their hearts, had booked me in for a massage at Chuan Spa, just up the road. (It was bliss.)

The next few days were action-packed & mostly spent taking in the sights & sounds of New Zealand Fashion Week. I have to say: wow. I was so impressed by the things I saw, the people I met & the overall organisation of the event. It was fantastic! My highlights — of course — were WORLD & Trelise Cooper, & it was fabulous to spend a little time chit-chatting with Trelise herself!

Some other incredible things we were treated to included a helicopter flight to Waiheke Island, where we imbibed at two vineyards & watched a glorious sunset; insane meals at Clooney & Kermadec; & motorcycle rides to Mt Eden!

Of course, 3 days is not enough time in Auckland. If I’d had more time to spend, I would have relaxed for an afternoon in Albert Park, shopped (& eaten!) up a storm in Ponsonby, prowled the boutiques in Newmarket & enjoyed an ice-cream in Mission Bay. If you’re visiting Auckland, I recommend doing all of these things! 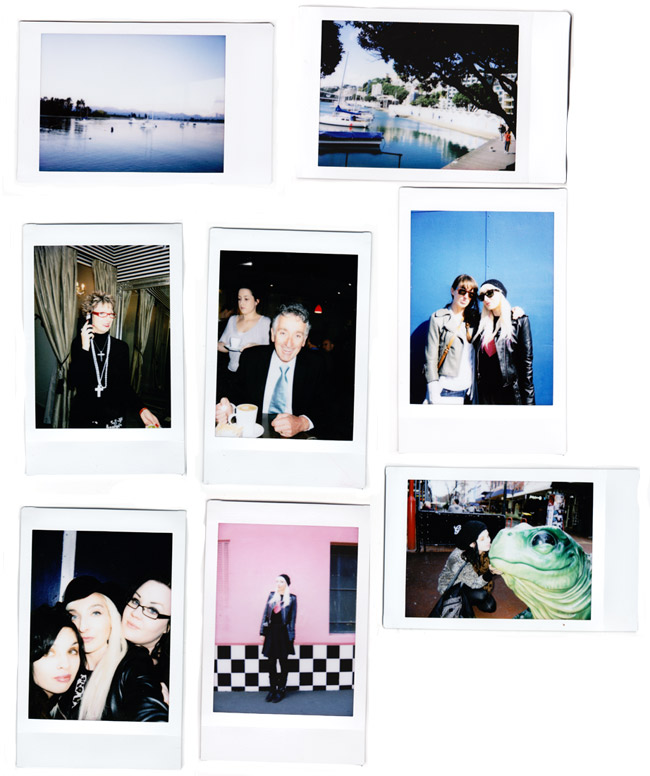 The flight to Wellington is a quick one: 45 minutes. I used to make the trek every couple of weeks, & if you subtract the time it takes to take off & descend, you really only spend about 20 minutes in the air. It’s a breeze, flying you from New Zealand’s most populated city to the capital in a mere moment.

We were in Wellington primarily to attend the World of Wearable Arts, a major piece of the country’s cultural calendar, but since I grew up there, I took full advantage of the opportunity to see my parents & friends, as well as visit a few of my favourite places.

Once we landed & checked in to our hotel, the Amora, we had a couple of hours of downtime before meeting back at Te Papa, Museum of New Zealand. Of course, I ran across the city for a joyful reunion with my parents! After a catch-up coffee, my father walked me back to Te Papa. Very cute, like I was 5 years old all over again!

It’s shameful, I know, especially as a New Zealander, but I had never been to Te Papa before. I wasn’t particularly excited about visiting — museums have never really been my bag — but I was astounded by how BRILLIANT it was. What an incredible experience! Te Papa has won oodles of awards & it shows. If you’re in Wellington, I implore you to visit Te Papa & get a guided tour. I learned so much about New Zealand & Māori culture, & it was all completely fascinating. I wish I’d had more time to spend there!

We went to World of Wearable Arts that night, & I had a brilliant time. The show is different every year, but the one we saw was focussed on Kiwiana. The foreigners sitting next to me didn’t quite “get it”, but then, the whole thing was like one big cultural in-joke! If you do go, I would recommend sitting as close to the stage as possible — the detail of the costumes is exquisite & you’ll miss out on a lot if you’re seated too far back!

Another highlight from my time in Wellington was a Zest Food Tour which took us along the waterfront from Mojo’s coffee roasting plant to the City Market. The City Market is a glorious food market situated on Chaffers Marina, selling exquisite food in a boisterous, bustling atmosphere. The marina has been expanded & developed so much since I left the country, & it’s now an exciting & fun place to be. I adored it!

Some of my other favourite things in Wellington include Fidel’s Cafe, Midnight Espresso (which has not changed a bit since… I don’t know… 1990), the Old Bank Arcade (great shopping, especially Ruby & Ricochet), Frank Kitts Park (location of many ill-advised teenage adventures), wandering aimlessly around Cuba Mall, Pizza Pomodoro, & Satay Kingdom (best food ever). I also love dinners at my parents’ place, but you might find this one difficult! Haha.

Two of my favourite reasons to visit Wellington — my best friends Jennie & Helen, who I have known since I was 14 years old — now live in Melbourne, Australia & Gisborne. I totally lucked out since they both happened to be in town at the time, which was so good! I was so happy to see them. Even after not seeing each other for months, if not years, we always pick up right where we left off. I love them so much! 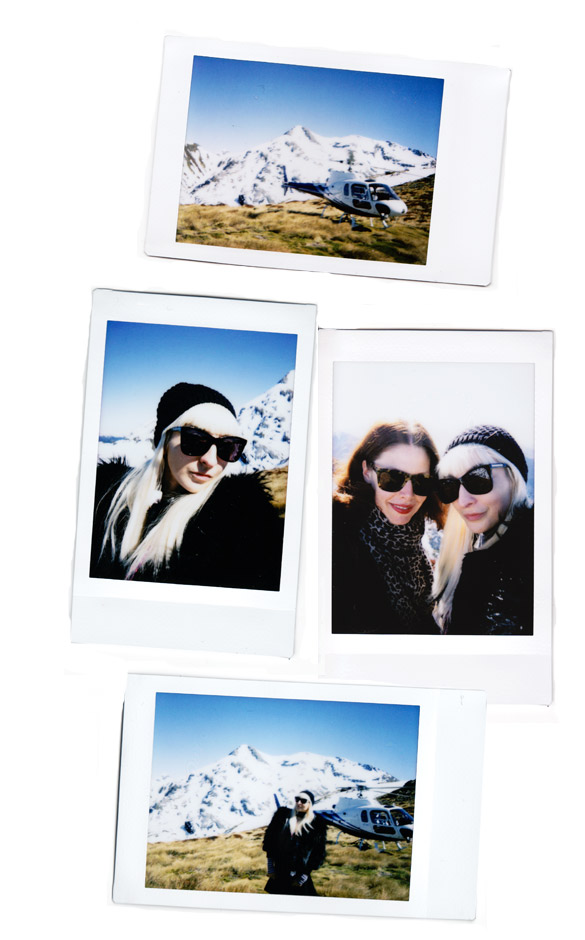 I stayed at a bed & breakfast called Wakefield Quay. It’s owned & operated by Johnny & Woodi Moore, two of the most hilarious characters I’ve ever met. They are totally my type of people — they pull no punches & they have plenty of personality. Woodi swears her head off & is mad as a hatter. I definitely fit in there, so of course, I loved staying there! I heartily recommend staying with Johnny & Woodi: they are kind & generous & excellent company. No cookie-cutter nonsense here!

Nelson was the place where we were treated to our second helicopter ride — I felt like I was on The Bachelor or something! Talk about spoilt! This time, Reid Heslop Helicopters picked us up in Nelson & flew us to the top of a snow-covered mountain… I don’t think I need to tell you how incredible it was. It was a major glamour moment! I also loved meeting Toby & Rachael Reid; they are such great people.

We ate terrific meals at the Boat Shed, which was built out over the sea, & Hopgood’s, too. 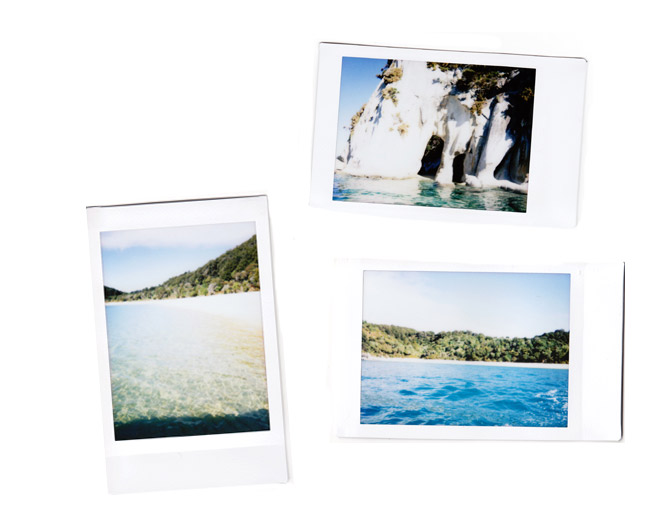 One of the high points of our trip to Nelson was a tour around the Abel Tasman National Park. Shockingly, I haven’t spent much time in any of New Zealand’s national parks… & I discovered that I was definitely missing out. We took a boat tour around the Abel Tasman National Park, which was so incredibly beautiful, with supremely blue, crystal clear water & gorgeous beaches. You can tramp through the bushes for days if you want to, but of course, I’d prefer to see it from the shore while I put my feet up! 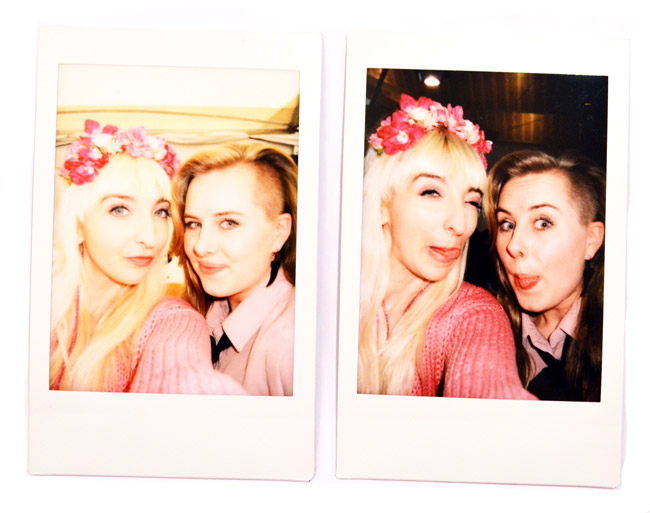 Before long, my official trip had ended, & I embarked on my own little tour of New Zealand. I flew from Nelson’s teeny tiny regional airport down to Christchurch, which these days is mostly known for the terrible earthquakes which (literally) rocked it to its core not so long ago. I didn’t know what to expect of the city & I was so shocked to see the extent of the destruction: it was heart-breaking & extremely sad.

I wasn’t just there to play tourist, though: I had been invited to speak at St Margaret’s College by Charlie, who is pretty much the coolest girl in the South Island. I didn’t know what to expect, but when a super-stylish girl with a half-shaved head picked me up from the airport, I knew I was in good hands!

Speaking at St Margaret’s College was an experience & a half: you can read all about it here. It was, without a doubt, the highlight of my trip, & I am so incredibly glad I went! 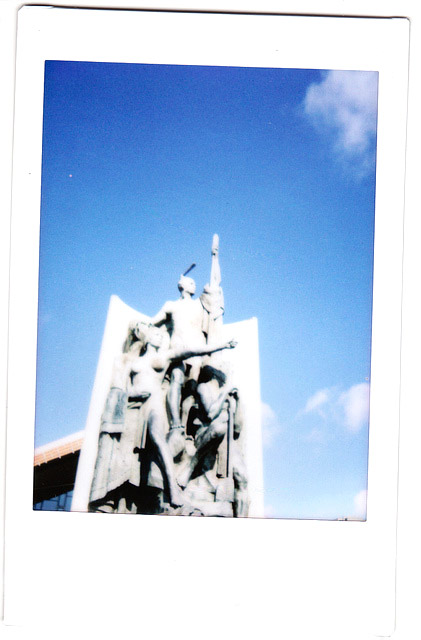 Thank you to Tourism New Zealand, Air New Zealand, & the World of Wearable Arts for inviting me back to be a guest in — & I’m not even biased — the most beautiful, friendly, & incredible country in the world. The two short weeks I spent down under reminded me how blessed I am to be from such a magnificent place… & I’m looking forward to coming home soon!