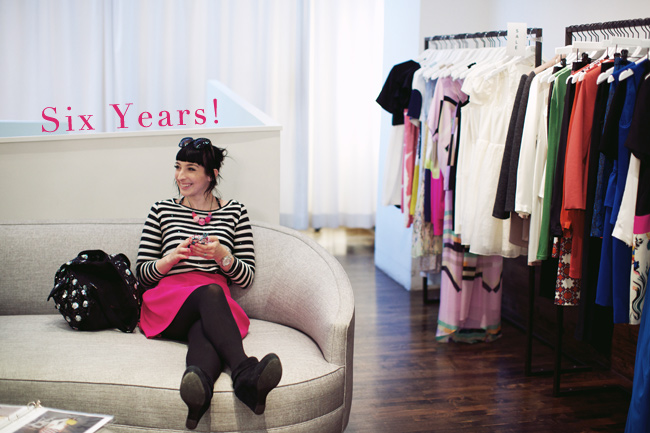 I’ve been writing here for six years today, & it boggles my mind! Who would have thought?!

One of the reasons this is so amazing to me is that before I started doing what I love — namely, writing every day — I felt like I had no “sticking power”. Before I started this blog, my longest position had been a year & a half at Lush Cosmetics, & by the time I quit, I felt like I was having the air crushed out of me by a vengeful boa constrictor.

I figured I was just lazy or had no work ethic, & I’d look around at other people & completely fail to understand how they could just keep going to the job they hated every day, day after day. I just couldn’t do it. I’d get fired, or quit in a stressed-out rage.

I had this friend, a journalist, who I met under very strange circumstances. We would get together, drink scotch & talk for hours. He was much older than me — I was about 21 or 22, & he must have been at least 45. It was one of my most treasured friendships. I remember telling him one night how much I loathed my job, & lamented my lack of work ethic.

He replied, “Once you find something you really enjoy, trust me, that work ethic will come out of hiding. This job you have right now,” he took a breath, “Well, if you were gung-ho about it, I wouldn’t have much respect for you. You’re destined for something much greater.”

I didn’t believe him, but I always remembered his words… & a couple of years later, I was delighted to discover that he was right. 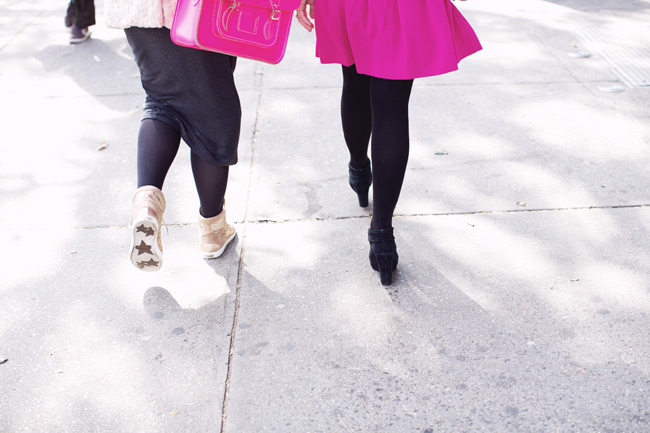 My goal has always been for this to be a place that makes you feel good. But really, the biggest, best & most awesome thing I could hope is that you are so inspired by what you’ve read & seen that you take a leap in your own life.

Maybe your dream right now is to quit your awful job as a telemarketer, or to leave behind everyone you know & travel to the furtherest reaches of the globe. Maybe you want to start a charity or adopt children. Maybe you want to become a politician or a world class doctor. Maybe you just want to make some space in your life so you can start writing the book you know you have inside you.

People always have excuses for not doing the things they really want to do. “I can’t afford it,” they’ll say, or, “I just can’t.”

When we make excuses, we take a sledgehammer to the knees of our dreams.

Excuses are just that: excuses. If you really want something more for yourself, don’t listen to those doubtful voices deep down inside, & even more importantly, never allow someone else to talk you out of it.

There will always be someone who feels the need to be the voice of reason. Your parents, best friend or Great Uncle Milton will all caution you against doing this or that.

“Be sensible!” They cry. “Be logical!” They insist. “Be rational!” They squeak.

I’d rather get in trouble in Paris than sit behind a desk in a small town. I’d rather sob my eyes out in London than do another soul-sucking commute. I’d rather embark on an ill-advised romp than do what other people expect of me. Always. A hundred times over.

I moved to New York City by accident: I flew over for a party, & I decided to stay. I arrived with one suitcase, & four years later, I’m still here. I am living my dream every day.

Yes, I had a return plane ticket; I could have gone back to Melbourne, to my old life. It would have been as easy as taking a cab to the airport. But I decided to take a risk. I decided to do something that felt terrifying but right… & I have never regretted it. Not once. Not one day.

We are on the brink of a new year. This is the perfect time to draw some lines in the sand & come up with some brand new rules of living. You don’t have to live a half-baked life. You don’t have to settle, or do what everyone else expects.

You don’t exist to make other people happy. You are here to make yourself happy… & if you’re not, now is the time to do something about it.

I want to encourage you to take a risk. Scare yourself witless. Go out & do that thing. Until you do, you will never know what you are truly made of.

“The goal is to live with godlike composure on the full rush of energy, like Dionysus riding the leopard, without being torn to pieces. A bit of advice given to a young Native American at the time of his initiation: ‘As you go the way of life, you will see a great chasm. Jump. It is not as wide as you think’.” (Joseph Campbell) 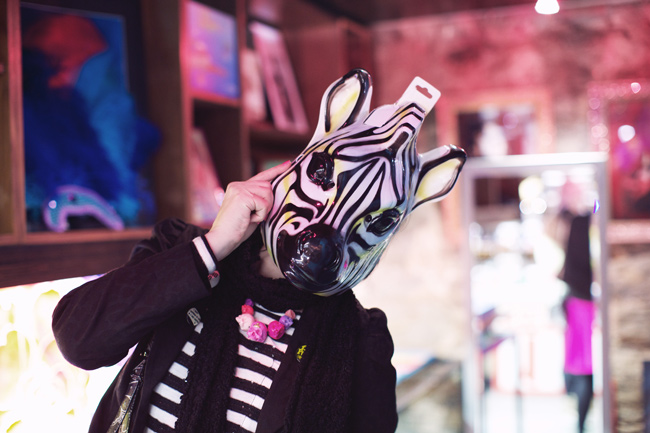 When we make excuses, we take a sledgehammer to the knees of our dreams. (Click to tweet!)

I’d rather get in trouble in Paris than sit behind a desk in a small town… (Click to tweet!)

“As you go the way of life, you will see a great chasm. Jump. It is not as wide as you think.” (Click to tweet!)

For the last six years, I thank you from the bottom of my heart. Your support, love, encouragement & enthusiasm have always meant so much to me, & I adore you more than you could possibly imagine!

So many of you have written to tell me that I am like the best friend you’ve never met, & it is such an honour. I think about that all the time when I’m writing, & it makes me feel like what I’m doing truly matters.

Thank you for that… & for everything else.

With endless love from your BFF, who always believes in you!