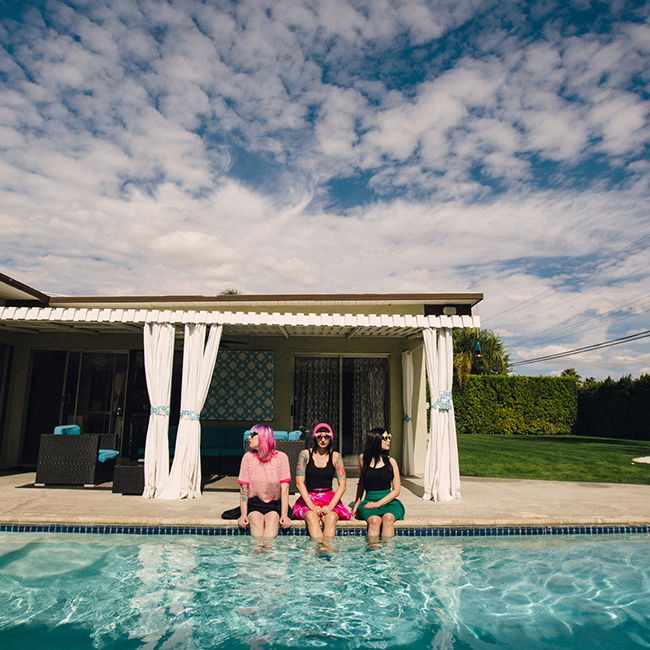 On the precipice of a new year, one of my favourite things to do is take stock of the year just passed. Where did I go? What did I do? What was great, and what was difficult? 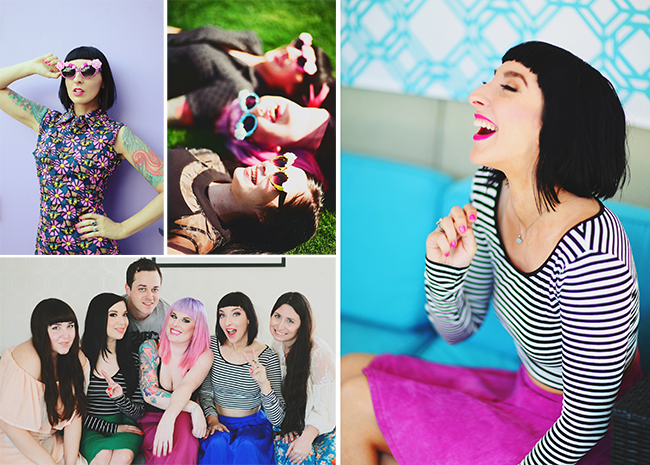 JANUARY
The weather in New York City was insane: think “most brutal winter ever”. So I did what any sane person would do, and hopped a plane to LAX. Shauna and Joey picked me up, and before long, we were here. We immediately plopped down in lawn chairs to soak up the sun and relax, and then Rocky leapt in the pool and Joey had to jump in — in all his clothes — to save him!

We weren’t just there to get our fix of vitamin D. In fact, we invited our favourite videographer, photographers, and a killer make-up artist to join us, and set about filming what would become Home School!

It was my first time in Palm Springs, and it was the start of a brand new love affair. Now I know why Shauna is so obsessed with the place! I think we’re going to be Palm Springs neighbours when we’re both old and grey, and we’ll spend our days replicating photos by Slim Aarons. (Living the dream, mmmhmm.) 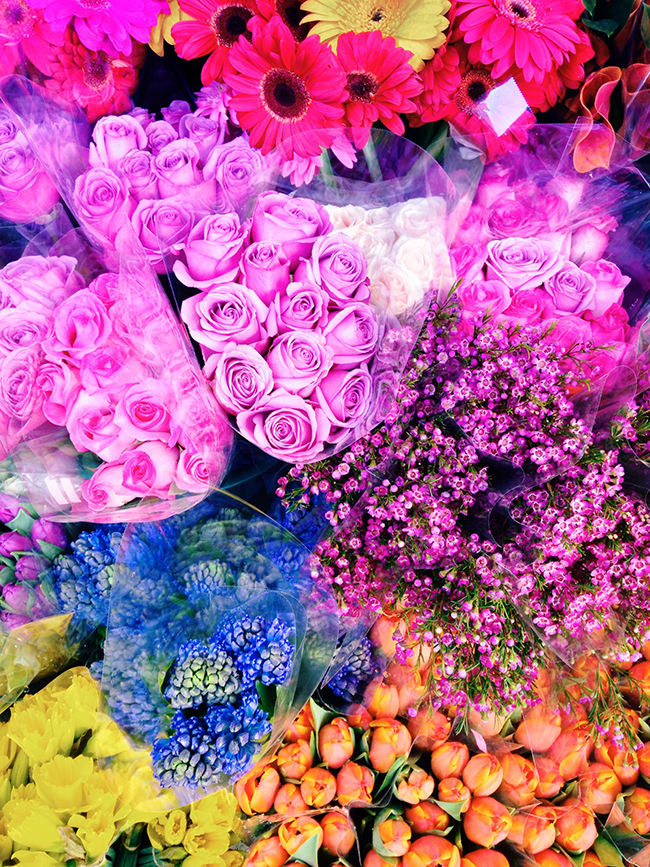 FEBRUARY
The return to NYC was rough! It felt like the snow and grim weather was never-ending. I stayed inside a lot, waiting for it to warm up, and probably marathoning a bunch of my favourite shows. (I don’t know for sure, but it’s a very safe bet.) Whenever I saw them, I took photos of bright coloured flowers in buckets to cheer myself up.

MARCH
The definite highlight of my month was attending an out-of-this-world roller disco held by the babes at Patina. It was epic: free tattoos, free pizza from Roberta’s (some of the best pizza in NYC), crazy streamers for days, and, of course, a truck you could rent skates from. Rabbit and I skated around in circles to the sweet sounds of Prince. I don’t usually venture very far in winter, but this was totally worth leaving Manhattan for.

Also, daffodils started to appear in corner bodegas, which felt like a small miracle. Every time I glimpsed them, it gave me teeny tiny amounts of hope that the winter wouldn’t last much longer. 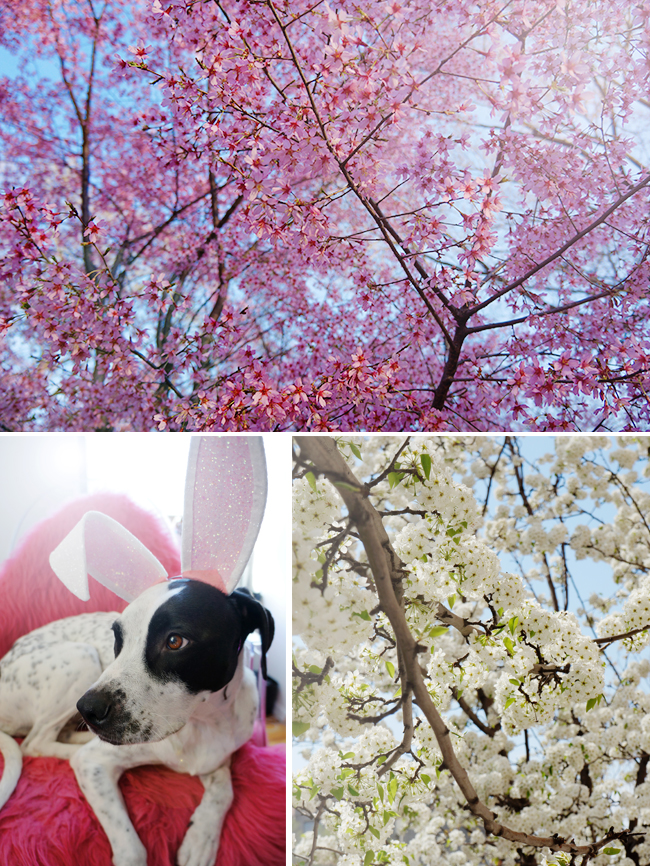 APRIL
The winter had been so incessant and hellish that I went NUTS once the trees started to flower. I climbed trees and roamed incessantly to get the perfect shot, and was happy with what I got!

I dressed Dolly up for Easter. (She is so obliging.) And, perhaps most excitingly, we signed the lease on our new apartment! We had been looking for ages, and were starting to feel traumatised by the massive rent prices. Of course, like with all things you manifest successfully, when I let go of the need to move, I was idly browsing one day, and found the perfect place. Psyched! …Then we started the not-totally-delightful task of packing up all of our earthly possessions. Good times! 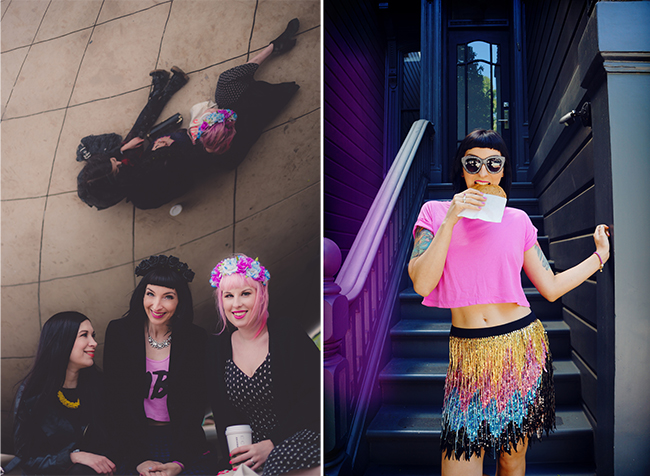 MAY
We moved into our new place! JOY! I can’t put into words how thrilling this was. I moved in with my husband when he was still my boyfriend, into his apartment that he had lived in for fifteen years. It was sooooo bachelor, and sooooo not my taste. Moving into our new place felt like freedom and happiness and sunshine.

Soon, it was time to teach the first Blogcademy of the year, so I flew to San Francisco. Our HQ was an insanely beautiful Victorian house, and between classes, we explored juice bars, candy-coloured houses, chocolate shops, and extremely windy beaches! After San Francisco, we headed to Chicago, where I couldn’t help narrating everything in my head like John Cusack in High Fidelity. (We also ate skillet cookies more than once, and made dastardly plans.) 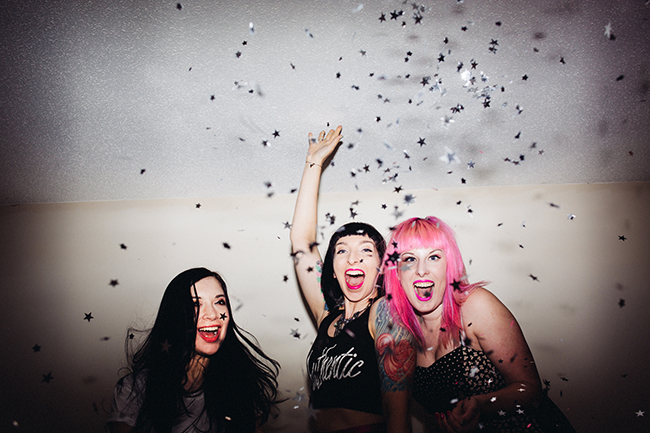 JUNE
We flew home for a bit, and then packed our bags again, because it was time to visit Canada! We got into trouble in our Airbnb for throwing hundreds of confetti stars around and leaving, like, 5 behind as evidence. Some people have no sense of humour! (We still thought it was worth it.)

There was some damn good food to be had in Vancouver: Cafe Medina has the most incredible waffles I’ve ever tried in my whole life. We had dinner with Danielle LaPorte who gave us some awesome — and effective — tough love, and we shot a confetti canon on a rainbow crosswalk. Because… Well, why not?

In Calgary, we bought fang candy, and I hunted out a huge crystal shop. (Of course.) While we were there, I announced my first Radical Self Love Salon, which sold out in a few hours! Amazing. When I went home, I taught two salons in a row… And discovered how much I LOVED it! 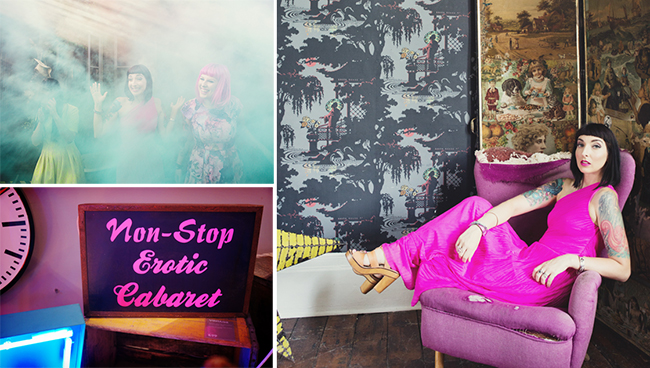 Then it was time for a transatlantic flight to London. In addition to teaching two huge Blogcademy classes, I held another Salon, co-hosted a Blogcademy Mixer, spent a lot of time in the photobooth at the Ace Hotel, lounged with Loulou at Shoreditch House, and — oh yeah! — filmed The Blogcademy live in front of an audience. (Blogcademy Online is coming in January! Sign up with your email address for discounts and specials!) 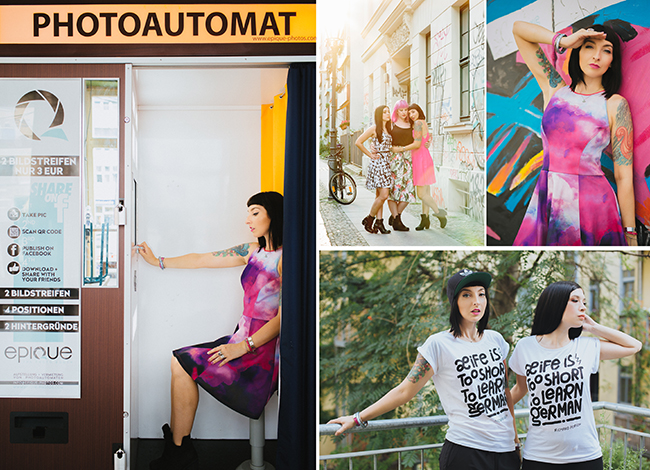 JULY
From London, we flew to Berlin and Amsterdam to teach. I hadn’t been back to either city for years, and was delighted to find Berlin just as wonderful as I remembered it (if not more so). I want to go back! Berlin, I love you!

In Amsterdam, we visited a sex museum (kind of a must do), discovered a cafe tribute to my favourite poet, ate great Thai food, and got told off for taking photos at the Bloemenmarkt. Ppppfffftttttt!

I also held #radicalselflovejuly, which was a huge success, and reeeeeeally fun! 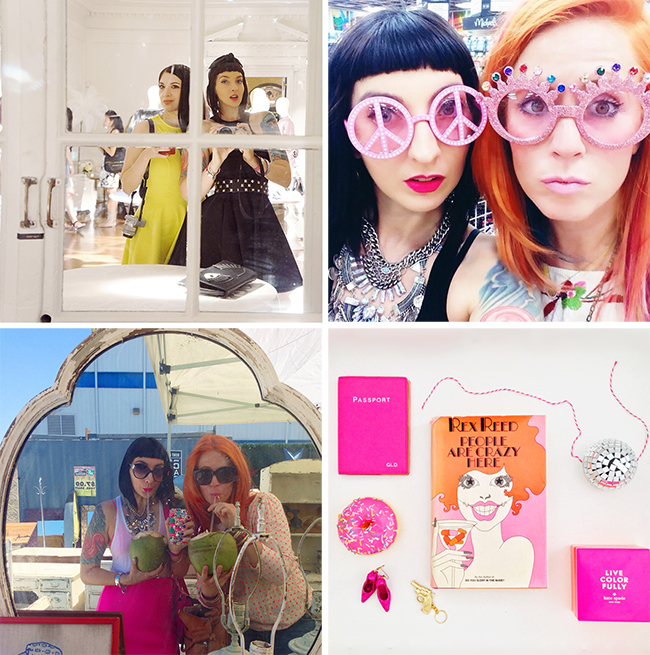 AUGUST
By now, #darlinghq was starting to come together. After several whirlwind days with Tiffany Pratt, my previously totally bare living room now had THINGS in it: a couch! A rug! Side tables! And even a desk to do my work! A miracle! PRAISE BE for Tiffany Pratt! 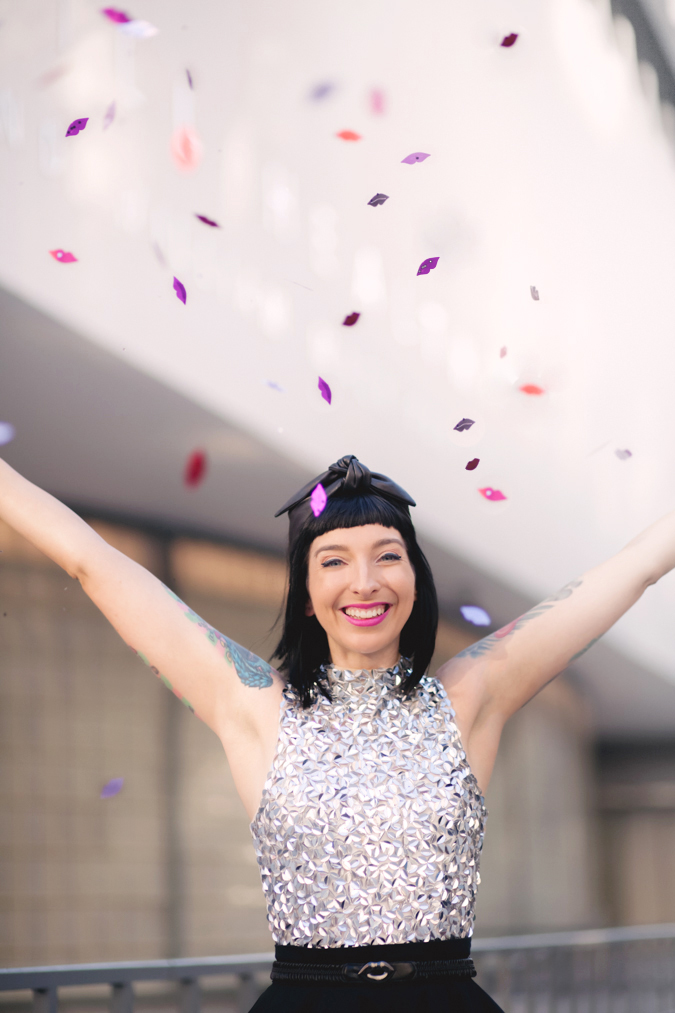 SEPTEMBER
It was my birthday, so I threw confetti around to celebrate. (I am definitely sensing a theme here.) On my birthday weekend, I attended Spirit Junkie Master Class, which completely tore me open. I sobbed my heart out for two days, and I loved every stinkin’ moment of it!

I also decided to self-publish my first book, and this is the month in which everything really amped up! I cracked into working on the book full force: I had many Skype conversations with Paul Jarvis, sent thick envelopes off to Francesca Lia Block, and flew through the edits. 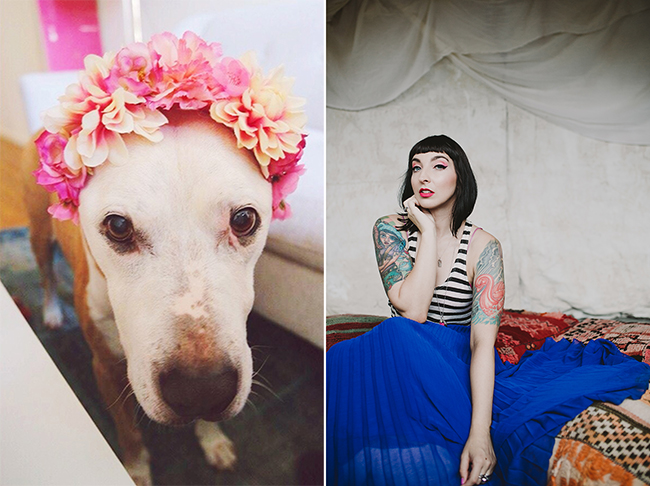 OCTOBER
October was hard: it was the month we said goodbye to Hank. It happened on the day Kat and I were due to travel to D.C. to teach Blogcademy, and I cried on the train all the way there. It was a really rough month for all of us.

In happier news, I shot a cover for Peppermint magazine! It was a huge honour to be asked to do it, and when I arrived in Australia the next month, the magazine was everywhere! 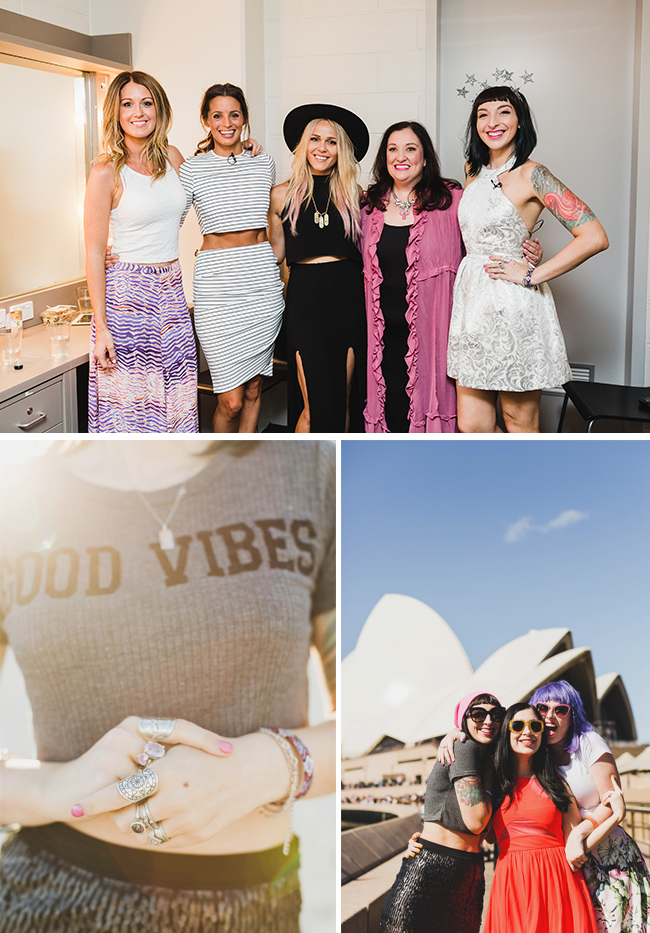 NOVEMBER
In November, I took my Radical Self Love Salons to a deeper place, teaching a four week in-person class, called Radical Self Love 101. It was incredible. Getting to know these amazing women on a deeper level, and to be there for all their successes, filled my heart right up. I am so goddamn proud of ALL of them, and everything they’ve achieved!

Just before Thanksgiving, I met Shauna in LA for a day of frivolity before a 14 hour flight to Sydney. (Mercifully, we slept the whole way there.) A couple of nights later, I spoke at the Radical End Of Year Party and had the time of my life! We spent a few days around Bondi Beach before teaching Blogcademy, and then flew to Melbourne for another class, and my Radical Self Love Ritual event.

While I was in Melbourne, I was lucky enough to see two of my best babes, Jess and Jennie. Walking into Jess’ house and seeing framed photos of us everywhere made me feel so good.

I went to school with Jennie, and hadn’t seen her since just before I got married, so three years! She is so special to me, and I had missed her enormous amounts. I’m so fortunate to have a handful of those magical friendships where we pick up right where we left off. Seeing Jennie and Jess made my trip to Melbourne about a thousand times more wonderful. 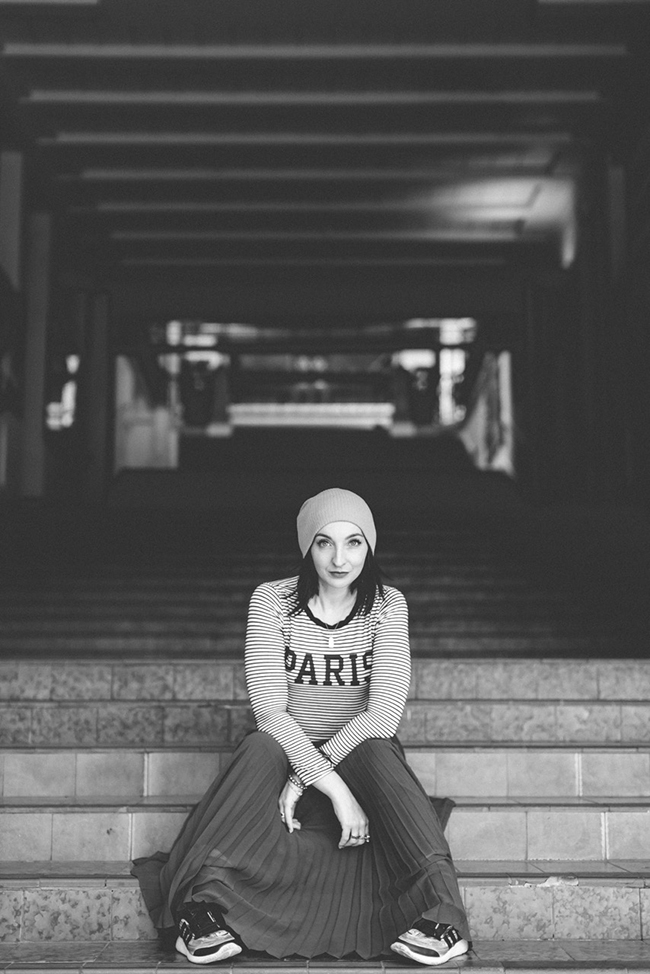 DECEMBER
We flew to Auckland, and taught our final Blogcademy of the year. (The photo above was taken on a lunch break, at the bottom of St Kevin’s Arcade. I love it.) It was such a wonderful class, and the best way to end the year. But of course, I am always biased towards Kiwis!

As soon as class was over, I hopped on a plane to spend five days in Wellington with my family. It was fantastic to be back home, with nothing on the agenda. I saw my friends, slept in, ate amazing home-cooked food, worked out, soaked up the atmosphere of the city, and relaxed. I can’t wait to go back next year.

Now I’m home in New York City, gearing up for another big year. On the agenda? Releasing my book, more radical self love events, and plenty of surprises!

« Carousel: Thought Experiments, Letter Magic, And The Opposite Of Schadenfreude!
Get Up, Get Out, And Do Good. Introducing #megababemission! »